He pointed out that more than eight million tons of plastics are thrown into oceans each year.

•He said if managed sustainably marine resources are able to produce as much as six times more food and generate 40 times more renewable energy. 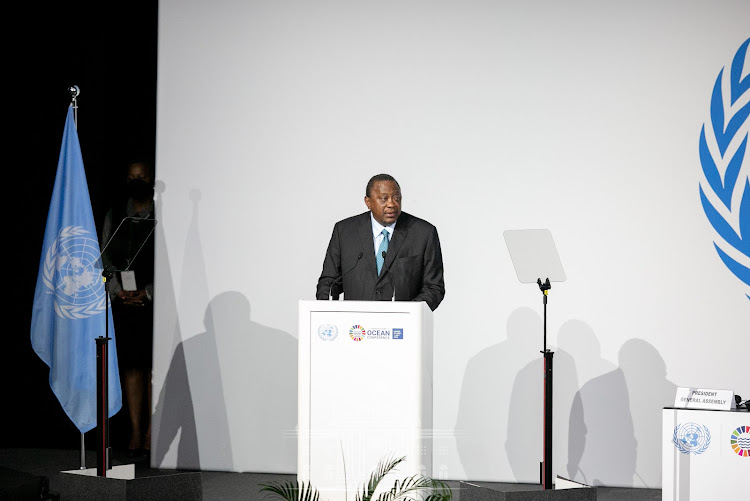 President Uhuru Kenyatta speaking during the opening of the 2022 UN Ocean Conferencing in Lisbon, Portugal on June 27,2022.
Image: PSCU

Speaking on Monday in Lisbon, Portugal during the opening of the 2022 UN Ocean Conference, he said the world needed to upgrade from proposals on the subject to tangible interventions.

“We, expect this conference to shift gear from proposals to action. Action that is driven by science, technology, and innovation. We expect to hear about sustainable examples of nature-based solutions," he said.

"We expect to understand the linkages between the ocean, climate change and land-based actions, such as pollution."

He said the time had come for world leaders to work together in the scaling up of conservation action "driven by science and innovation"  to help solve challenges facing sustainability and the health of global maritime resources.

Uhuru pointed out that two-thirds of global waters lie in Areas Beyond National Jurisdiction (ABNJ) of Economic Exclusive Zones adding that inaction in one sea affects other seas.

He also added that oceans were the most under-appreciated resource in the world despite their centrality to human existence.

"The ocean covers 70 per cent of the global surface and three billion people depend on marine and coastal biodiversity. The ocean is home to up to 80 percent of all life in the world; it supplies nearly half the oxygen we breathe, and around 90 percent of the world’s goods are traded across the ocean. The list goes on and on."

He pointed out that more than eight million tons of plastics are thrown into oceans each year.

On Illegal, Unreported and Unregulated (IUU) fishing, Uhuru said the crime was threatening the stability of fish populations.

He added that the dumping of toxic waste into the water was altering and destroying marine ecosystems.

"Poor management of the ocean has reduced the ocean’s natural ability to restore itself. I find it quite surprising that we would put such a critical resource at risk," he said.

"We need to build political momentum towards ocean climate action as we head for the 27th Session of the UN Climate Conference in Sharma-Al-Sheikh, in Egypt in November. We can no longer continue to make commitments that we cannot honour." 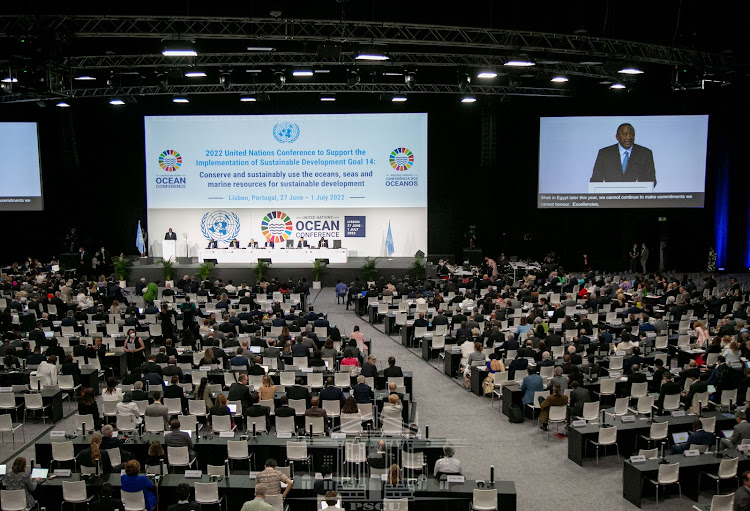 The Head of State said the solutions to the challenges facing oceans lie with the people.

Further, he said if managed sustainably marine resources are able to produce as much as six times more food and generate 40 times more renewable energy.

"In the ocean lies great risk as well as great opportunity. The burden of choice lies with us. Over the last decade, we have accumulated sufficient knowledge of the risks and opportunities, and deepened our understanding of actions we should take," he said.

In his opening remarks, UN Sec Gen Guteress said it was time to "turn the tide" in conservation of oceans.

"We have taken the ocean for granted, and now we must face an ocean emergency. I am urging all participants at the UN Ocean Conference to right these wrongs and do our part for the ocean. We must take action and turn the tide," Guteress said.

"This is the right time, the right place, the right approach. The urgency of the pandemic or war cannot be an excuse to forget about structural challenges and their effects on our daily lives," President de Sousa said.

About two dozen Heads of States and governments were present at the opening session conference that was attended by delegates from more than 120 countries.

Scientists have for the first time found microplastics in freshly fallen Antarctic snow.
News
1 month ago