How Nairobi police failures let people get away with murder

At least one person gets killed every two days in Nairobi.

• At least one person gets killed every two days in Nairobi but most of these cases are never resolved.

• Only 94 murder cases were registered in Nairobi courts in 2021. 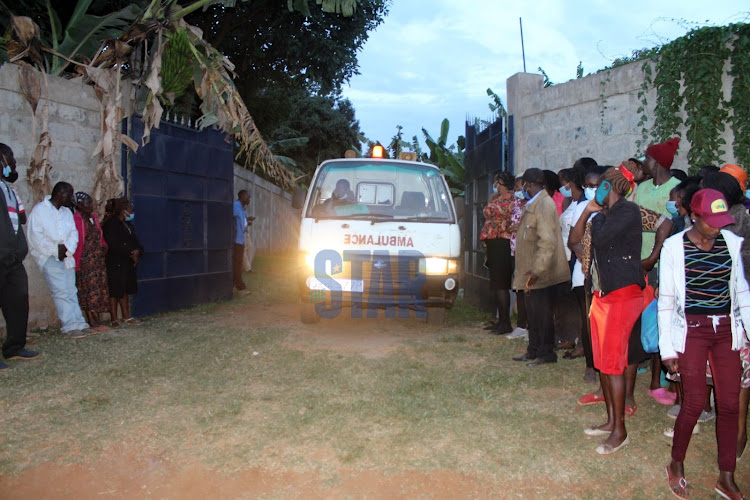 Nairobi is Kenya’s most populous city with more than four million people. Like other major cities across Africa, it grapples with crime amid the strained provision of policing services. Kenya was ranked fourth in the 2021 Organised Crime Index in Africa, with the 2022 Economic Survey reporting that Nairobi regularly records the highest number of crimes in the country.

The swift progress the Directorate of Criminal Investigations made in investigating the murder of Dutch businessman Tob Cohen, who had lived in Kenya for years, is largely unheard of. Investigators drawn from the directorate’s homicide unit took less than two months to unravel Cohen’s 2019 murder and apprehend the perpetrators.

The country’s criminal justice system has a history of failing to crack high-profile murders. Cases are characterised by shambolic investigations that eventually lead to their being dismissed due to a lack of evidence.

Unresolved murders that have captured national attention include that of an International Criminal Court witness and whistleblower Meshack Yebei in 2015. He had been lined up to testify against Kenyan Deputy President William Ruto who was facing charges – that were later dropped – at The Hague-based court.

University student Mercy Keino’s body was found along a major Nairobi highway in 2013. Her murderers are yet to face justice. The same holds for Chris Msando, an elections official who was tortured and killed just weeks before Kenya’s 2017 poll.

Several challenges lie behind the failure of policing agencies to unravel murder cases. These include: poor evidence gathering; mistreatment and manhandling of potential witnesses; police negligence and recklessness; a lack of forensic capability; a poor legal and regulatory environment; and accusations of police involvement in extra-judicial killings.

Based on my research on public sector reforms and policing in Kenya, I believe that the situation can be reversed. For this to happen, however, the National Police Service must fully implement policing reforms that have been ongoing for the last 12 years.

Poor evidence gathering and mistreatment of potential witnesses: Under Kenya’s National Police Service regulations, the first responders at a crime scene are tasked with securing it for the collection of forensic evidence. However, this often doesn’t happen. It is common to see community members crowding around crime scenes, contaminating crucial evidence.

Witnesses are also critical to court processes. But there have been cases of police officers rounding up and mishandling anybody at a crime scene. This includes potential witnesses, which makes them reluctant to cooperate with investigators.

Ideally, the details and contacts of potential witnesses ought to be recorded before they leave the scene. And the police must avoid detaining witnesses without justifiable reason.

Police incompetence and recklessness: Police officers have been called out by the courts for carrying out shoddy investigations or deliberately failing to submit critical evidence.

An example involves the killing of a member of parliament, George Muchai, and his three aides in 2015. The four men were shot and killed on the streets of Nairobi. In court, however, police officers issued contradicting information on what happened.

In yet other cases, the courts have faulted police officers for relying on rumours and innuendo. This has often resulted in acquittals due to a lack of evidence or even the prosecution of innocent suspects.

In most cases, the cost of shipping samples abroad was borne by the families of victims, and it could take months to get results.

Poor legal and regulatory environment: The National Police Service doesn’t have an official policy that guides officers on how to interact with communities. Its Service Standing Orders are archaic. They are not aligned with the constitution of Kenya, which spells out the rights of citizens even during emergencies. There are cases in which police officers have used live ammunition on unarmed citizens, alleging self defence.

Inadequate data: Kenya doesn’t have a national crime register that would make it easier for policing agencies to identify habitual criminals within communities.

Many of the killings that are reported and documented involve the deaths of victims of police-related actions. In such cases, investigations are often bungled from the beginning due to the ‘blue code of silence’ common within policing agencies. This sees many crimes involving police officers deliberately covered up by their colleagues.

A public oversight body, the Independent Policing Oversight Authority , is mandated to investigate cases of police misconduct. However, it has often met resistance from policing agencies in carrying out its work.

In addition, the country is yet to effect the National Coroners Service Act 2017. This law transfers the investigation of unnatural and violent deaths, including of people in police custody and prisons, from policing agencies to the office of a coroner general.

First, evidence gathering and the treatment of witnesses needs to improve. The National Police Service must restore public confidence in its ability to investigate crimes. Police officers need to treat communities as partners in crime resolution, not as suspects.

Second, police incompetence needs to be addressed. The Internal Affairs Unit of the police rarely makes its findings on cases of misconduct open. Neither does it say what action was taken. The unit needs to work with communities to build public trust and ensure that cases of police negligence, recklessness and misconduct are addressed.

Third, forensic capabilities need to be improved. The National Forensic Laboratory is expected to improve officers’ ability to resolve complex crimes and support the criminal justice system through evidence-based investigations.

With changes in technology, the police service must ensure that the forensic laboratory stays updated and that it appoints officers with high integrity.

Fourth, Kenya needs a stronger regulatory environment. The National Coroners Service Act, if implemented, is key. This law would ensure that many unresolved murders are dealt with through forensic science.

Lastly, the country must address the issue of extra-judicial killings. This can be done by fixing weak forensic laws that help abet unlawful police killings and enable murder suspects to outmanoeuvre the law by either compromising investigators or court officials.

An audit of extra-judicial killings needs to be undertaken, leading to open and independent vetting of all police officers who come into contact with communities.

Continuous training, retraining, reevaluation and reconfiguration of how policing agencies conduct their business is critical. And officers who engage in crime, negligence and murders must be sanctioned heavily and removed from the service.

Judge Kemei releases him, ruling that there is no compelling reason to keep him in detention.
News
2 years ago
WATCH: The latest videos from the Star
by DOUGLAS LUCAS KIVOI
News
27 June 2022 - 10:54
Read The E-Paper