Women lawyers say those found culpable will face legal proceedings after the polls. 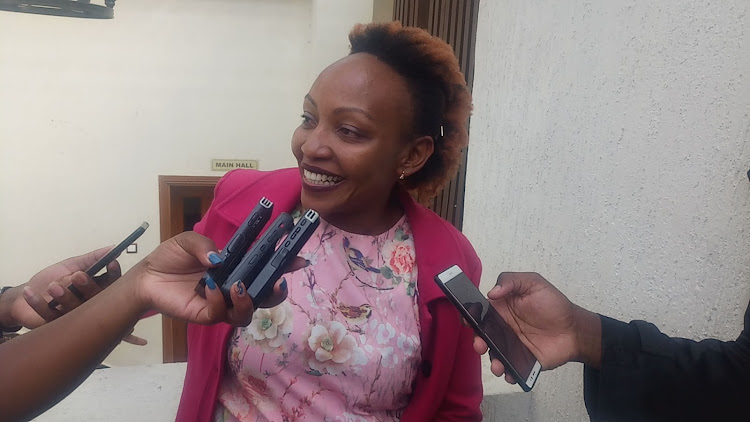 Kenya's women lawyers have deployed monitors across the country to observe and document gender-based violence against women in politics.

Because Kenya is a chauvinist country, women may be harassed and punished for entering politics, especially if they have a good chance of winning. They may be caught up in election violence.

Sophie Kaibiria, senior programme officer, Women and Governance at Fida-Kenya, said  deployment is necessary because elections can be dangerous times for women, running or not.

Anyone found culpable have violating women's rights during the electioneering period will be subjected to legal proceedings after the election, she said.

Speaking during a media engagement on sexual and reproductive health, Kaibiria said gender-based violence has escalated against women in politica as the general election nears.

Nakru has been declared among the six county hotspots likely to experience election-related violence by the National Cohesion and Integration Commission.

And so Fida, the federation of women lawyers, is keenly watching.

"From late last year and this year, there has been an increase in electoral-related gender-based violence. We have been monitoring 47 counties and documenting cases. We have concrete evidence to pursue the matters in court.

Kaiberia said the federation will ensure justice for women whose rights are violated.

“We have been doing capacity-building with women around the country. We started early because we knew we needed to prepare women to ensure they can encounter whatever challenges were reported in 2017.

The advocate said she hopes that as more women are elected, they will in turn advocate for fair reproductive health policies.

“We hope to tell Parliament that reproductive health should be upheld for every woman and girl in Kenya. As we advance the Sustainable development Goals by 2030,m the challenges we have been facing on reproductive health can become a thing of the past,” she said

The Sexual and Reproductive Health Care Bill, 2019 sponsored by Nakuru Senator Susan Kihika, was rejected by legislators and the Ministry of Health.

The ministry said  the bill was fundamentally defective and vague on the technical issues of sexual and reproductive health rights and assisted reproductive technology.

Kihika defended the bill, arguing  it would have acted as a standalone on matters of reproductive healthcare since the Constitution contains grey areas on important issues.

Fida wants to bring back an amended version of the Bill and hopes it will pass in the next Parliament.

Women fear for safety in the coming elections

With rapes rising in election years, some are fleeing to ‘neutral’ areas
News
8 months ago

Cases are largely unreported due to impunity, silence and stigma
Opinion
9 months ago