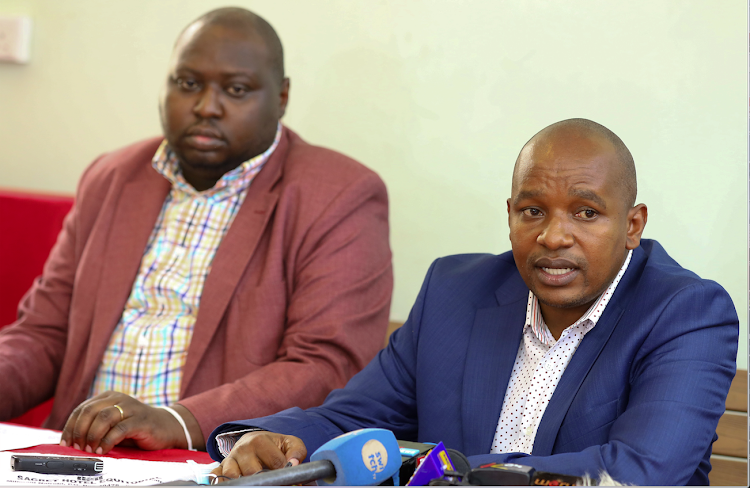 Bar owners have criticised KRA for closing down Keroche Breweries in Naivasha, claiming the move will result in more jobs lost in the sector.

"KRA has cut almost 20 per cent of our stock, we will have to re-adjust by firing people," Bahlita  secretary general Boniface Gachoka said.

The association asked for President Uhuru Kenyatta's intervention to uplift the sector that is still pulling out of the Covid-19 inflicted slump.

According to a survey by the Association more than 250,000 jobs have been lost in the industry since 2020.

More than 400 workers at the troubled company, have petitioned President Uhuru Kenyatta to intervene in the ongoing row.

The civil society groups on Thursday asked commissioner general Githii Mburu to get in touch with Keroche CEO Tabitha Karanja with the view of finding a solution to the row.

The chairman of Tax Justice Lobby Edward Githaiga said they will mobilise members to camp at the KRA offices until fresh negotiations between KRA and Keroche Breweries commence.

“We need to protect businesses and help them grow; not to close them. We are offering to be the middle people who will bring KRA and Keroche on the table,” he said.

KRA is accusing the brewer of disregarding a deal to stagger payment of a disputed Sh22.79 billion and failing to pay duty after it lifted the blockade on the plant in March.

Mburu said Keroche has failed to pay a cent in duty from beer sales since its March reopening.

In March, the brewer was offered 24 months to clear tax arrears amounting to Sh957 million, which are undisputed.

Lobby groups to picket at KRA over tax dispute with Keroche

Say the taxman has one week to get into talks with the brewer.
News - Page 8
1 day ago