Raila, Ruto to meet Chebukati over polls on Wednesday

"Please note that you may be accompanied to the meeting by not more than five persons."

• The meeting will be held on Wednesday June 29, at the Windsor Golf Hotel and Country Club.

• "Please note that you may be accompanied to the meeting by not more than five persons." 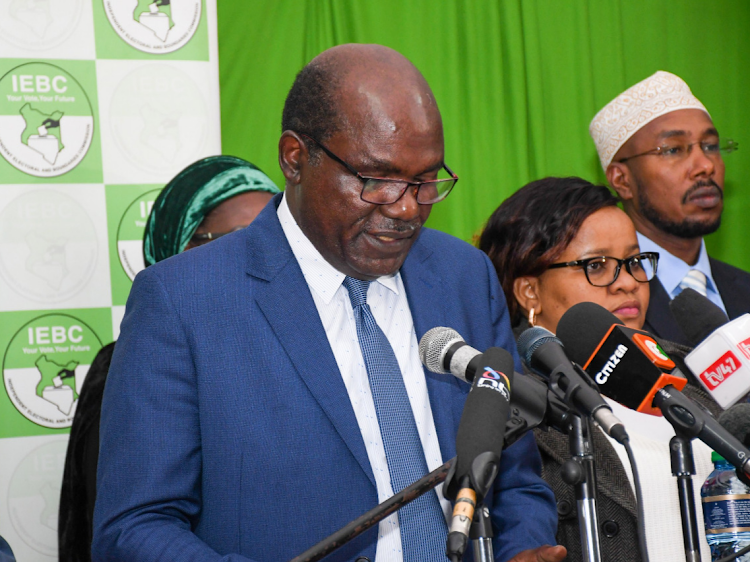 The Independent Electoral and Boundaries Commission has invited presidential candidates for a consultative meeting on the voter register.

In a letter seen by the Star, the meeting will be held on Wednesday June 29, at the Windsor Golf Hotel and Country Club.

"The Commission invites you to a presidential candidates consultative meeting scheduled to be held on Wednesday 29th June 2022 at the Windsor Golf Hotel and Country Club from 9.00am," the letter reads.

Some of the issues to be discussed during the meeting include the printed register of voters, election results path and harmonising of campaign schedules for presidential candidates.

"Please note that you may be accompanied to the meeting by not more than five persons."

The meeting follows concerns by some of the aspirant over the plan to use only the digital voter identification kits, on what happens if they fail to work.

The commission had pointed out that the use of the manual register is part of what greatly contributed to malpractices in previous elections.

IEBC chairman Wafula Chebukati cleared four presidential candidates to vie for the country's top seat, but rejected 13 others who had been shortlisted.

The four cleared include Azimio flagbearer Raila Odinga and his fiercest rival William Ruto of the UDA party.

"The candidates met the requisite constitutional and statutory requirement, and were therefore successful in their bid to contest," Chebukati said.

The presidential candidate clearance started last week, in a process that has had 13 hopefuls declined.
News
3 weeks ago

Walter Mong'are clearance to vie for presidency revoked, locked out of race

This comes a week after he was cleared to vie on Monday, May 30.
News
3 weeks ago
WATCH: The latest videos from the Star
by BRIAN ORUTA Digital Journalist
News
23 June 2022 - 14:35