The youth had earlier clashed before Raila's arrival but the police intervened in time to quell the protests.

•Police were forced to intervene to restore calm at the rally.

•Chebukati urged Kenyans and leaders to shun violent behaviours ahead of the August polls. 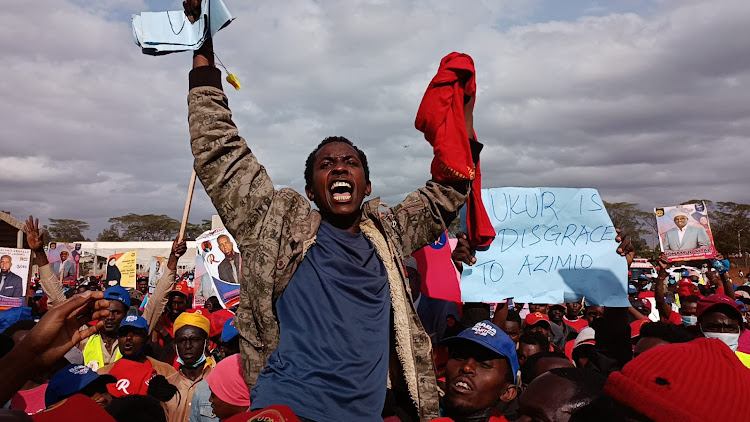 Police were Thursday forced to lob teargas after chaos erupted during the Azimio rally in Moyale, Marsabit County.

Supporters of Pious Yattani, UPIA gubernatorial Candidate, clashed with Governor Ali Mohamud's supporters in Marsabit as both camps wanted space near the dais.

The youth had earlier clashed before Raila's arrival but the police intervened in time to quell the protests.

Upon Raila's arrival, chaos erupted again after Treasury CS Ukur Yattani was given a chance to address the crowds. The crowd started heckling at the CS, demanding money.

Police had to intervene to restore order with the organizers resolving to allow only Raila, Karua and Wiper leader Kalonzo Musyoka to address the crowds.

All the local leaders were forced to sit back to prevent a repeat of the situation.

Raila promised the pastoralist community that his government would introduce livestock insurance to benefit them.

He also promised single parents that he would take care of them by introducing social protection funds. 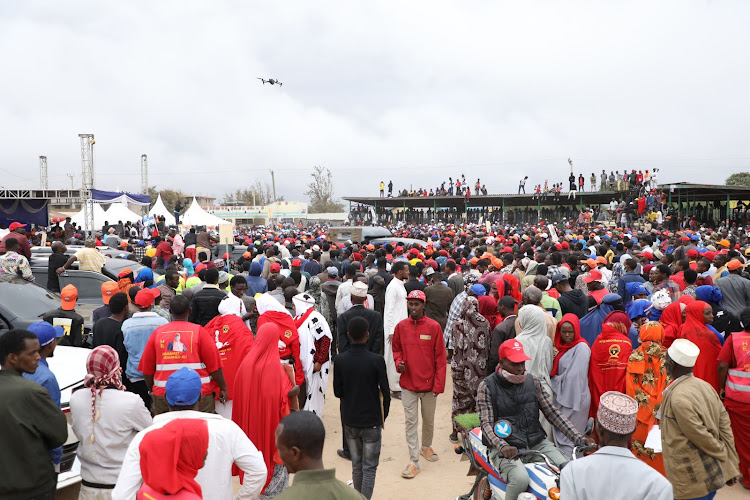 On Monday, IEBC chairperson Wafula Chebukati urged Kenyans and leaders to shun violent behaviours ahead of the August polls.

Chebukati also reminded aspirants, their supporters, political parties,  and the Government to observe peace during the electioneering period.

"All Kenyans have a duty to adhere to the Electoral Code of conduct and shun violence, intimidation and reprisals that may comprise the conduct of free, fair and peaceful election," he said.

Chebukati pointed out that these acts may jeopardize the security of the country.

Chebukati has asked all candidates to observe peace ahead of polls.
News
1 week ago

"When are you going to stop using violence as your tool for seeking power?" DP Ruto.
News
1 week ago

Was the Jacaranda violence planned?

Was the Jacaranda violence planned?
Poll of the day
1 week ago
WATCH: The latest videos from the Star
by SHARON MWENDE and ABDIKADIR CHARI
News
23 June 2022 - 19:14