•The high court on Thursday afternoon dismissed the case filed by Aukot, arguing that he was a lifetime public officer.

•Aukot had argued that Odinga, Musyoka and Musalia Mudavadi are lifetime public servants. 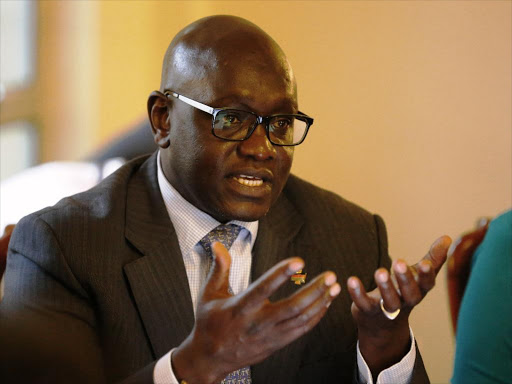 This is after the high court on Thursday afternoon dismissed the case filed by Aukot, arguing that he was a lifetime public officer.

Justice Antony Mrima ruled that Odinga and Kalonzo Musyoka are neither Public nor State Officers as contemplated under the Constitution.

The court further said that the Retirement Benefits (Deputy President and Designated State Officers) Act never established any such Public or State Office.

Judge Mrima noted that section 43 (5) of the Elections Act requiring State/Public Officers to resign six months before the elections is inapplicable to the designated persons.

“The Act was not intended to limit fundamental rights and freedoms specifically political rights under Article 38 of the Constitution of Kenya, 2010,” the court ruled.

Aukot had argued that alongside that Odinga, Musyoka and Musalia Mudavadi are lifetime public servants and cannot resign to run for elective posts as other public officers.

It was also his argument that the advisory role given to the three leaders under section 8 is not optional and the relevant persons are obligated to serve as advisors throughout their lifetime, adding that this privilege is not available even to career civil servants.

Says he is a victim of his latest initiative since it was a threat to Uhuru and Raila's BBI.
News
1 year ago
WATCH: The latest videos from the Star
by ANNETTE WAMBULWA Court Reporter
News
23 June 2022 - 16:51