Address fallout with Ruto before leaving office, Muturi to Uhuru

He said Kenyans deserve to know what led to the enmity between the duo.

• Muturi challenged Uhuru to make public the root cause of their strained relationship.

• Raila’s entry into the Jubilee matrix largely complicated the DP’s stay in the Jubilee party. 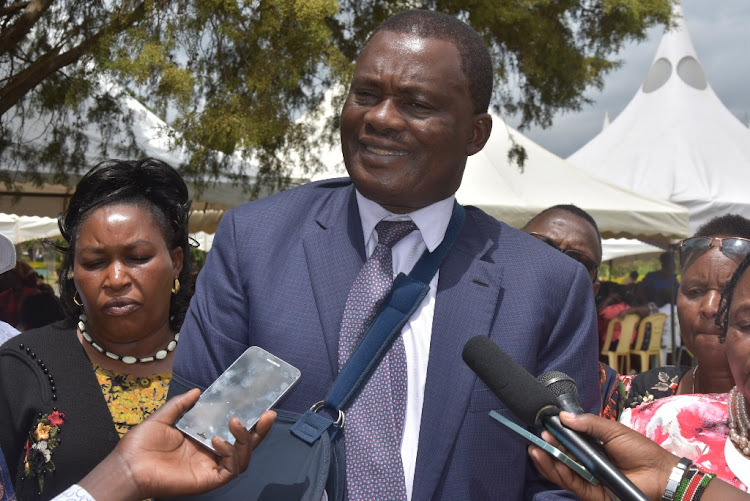 National Assembly Speaker Justin Muturi has said it would be unfair for President Uhuru Kenyatta to leave office before addressing the feud between him and Deputy President William Ruto.

Speaking at the burial of former Bomet Governor Isaac Ruto's mother on Wednesday, Muturi challenged Uhuru to make public the root cause of their strained relationship.

Muturi said Kenyans deserve to know what led to the enmity between the duo.

"You know, it is wrong for President Uhuru to wait for August 9, to rest before telling Kenyans what went wrong between him and William Ruto. Kenyans deserve to be told," he said.

Ruto and Uhuru have now for the longest time had differences for reasons which are still not clear.

On June 4, DP Ruto said he was betrayed after he helped Uhuru become President in the 2013 and 2017 general elections.

The March 9, 2018, handshake between President Uhuru Kenyatta and his once-erstwhile rival Raila Odinga has been assumed to be the lethal injection that killed the bromance between the head of state, and the DP displayed ahead of the 2017 polls.

The President, in May 2021, announced that the handshake should be extended across the country. He attempted to bring a truce between Ruto and Raila.

Raila’s entry into the Jubilee matrix largely complicated the DP’s stay in Jubilee Party. Cracks in the ruling party began to manifest.

The DP’s allies lamented there were hidden cards in the handshake at Harambe House doorsteps which swept away the tension at that time within seconds.

What followed was that the DP would stay away from key state functions – save for national holidays.

DP and the President are engaged in ugly battles.
News
2 months ago

Calls for ceasefire from both camps as demands for reconciliation continues.
Counties
9 months ago

The two were expected to call a  joint press conference to announce a ceasefire.
News
1 year ago
WATCH: The latest videos from the Star
by PURITY WANGUI
News
23 June 2022 - 11:57