Kenya lacks a body that processes waste from the oil and gas sector.

•Kenya currently lacks a body that processes waste from the oil and gas sector. The closest facility is in Uganda. 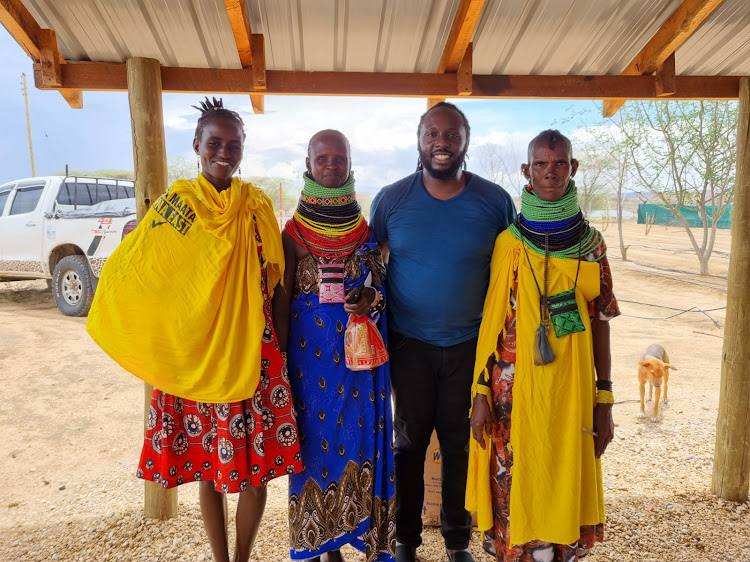 Asekon Losinyon, 7, remains hospitalized with her mother while her two-year-old brother Ewoi Losinyon recuperates at home, but he is still under medication.

The family of five in Turkana County is said to have been tragically affected after consuming tea leaves containing hazardous chemicals from unprotected well pads.

This is one among many such incidents residents battle with frequently.

Kenya currently lacks a body that processes waste from the oil and gas sector. The closest facility is in Uganda.

“Such incidents happen too often; the community is outraged by them. A similar incident occurred a mere week after the saddening incident of the Losinyon family," Edward Lokol, a community resident activist and a member of the Kenya Oil and Gas Working Group (KOGWG), said.

Turkana County is a semi-arid area inhabited by pastoralists in Kenya’s Rift valley.

It is known for drought and famine and is located 498 Km north of Nairobi.

The devastating incident of the five family members was witnessed at the Kodekode village in an Oil and Gas exploration mining well pad in the Ngamia Eleven area.

The two children were playing when they came across a box of tea leaves in the Wellpad that is unfenced and unprotected.

They picked up the box and took it to their mother to make some tea. 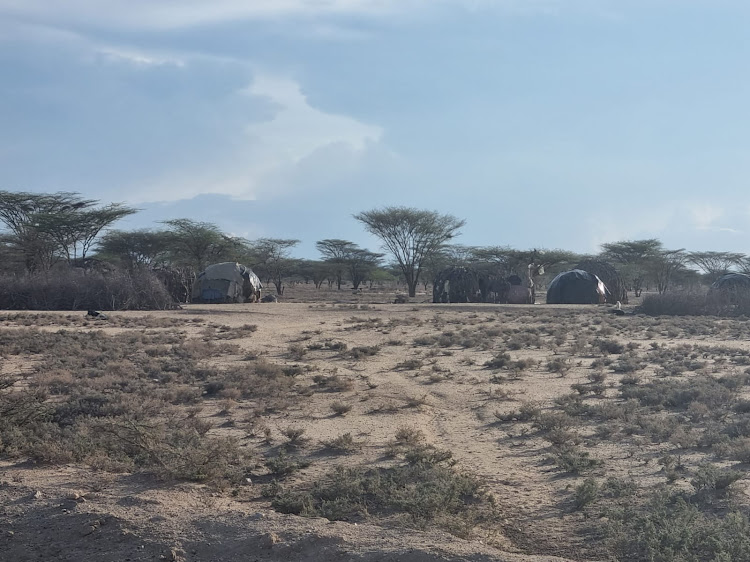 The mother received the package, but the substance did not look like tea leaves; she said it appeared like pieces of sugar when she opened the box.

Uncertain of the content, she kept it aside and warned the kids to leave and stay away from its contents.

When it approached evening, the mother decided to make some tea for the family before preparing their dinner.

The mother quickly used a small portion of water to clean the Sufuria (Cooking Pan), which she then used to make tea for the family.

The village of Kodekode, like many in Turkana County, struggles with inadequate water supply.

Washing hands regularly is a luxury.

She was unaware that the chemicals she had touched from the mysterious box got into the Sufuria, the water she was using, and the tea leaves.

In a short while, the tea was ready, and she served the family.

As a cultural tradition in Turkana, men are served first and given large portions of meals, including tea and other drinks.

The mother gave the man a large thermos and gave the three children a cup each while she consumed two cups of tea.

A few minutes after enjoying their evening, they all fell critically ill, vomiting and spitting blood.

Their screams of agony were heard far and wide as residents ran to the homestead.

“It was such a sad scene when we saw the family members vomiting blood as we searched for a means to get them to a hospital," said the deceased's brother, Areem Losinyon.

"We got more worried when their voices died down as blood continued to come out of their mouths. It seemed they stopped struggling and fighting for life. We feared for the worst."

Areem said it was around 5 pm when he and some of the neighbours found a private Probox car which they used to rush the family members to Lokichar Medical Centre.

Unfortunately, the elder son, Itira, who was only 11 years old, died as they were being transferred to the ambulance.

The father died on arrival at the Lodwar Hospital a few minutes past 8 pm.

Ewoi, the last born son who is two years old, is home with his uncle Losinyon, looking after him.

“We are praying for a full recovery for the mother and daughter so they can return home,” said Areem.

Areem noted that despite his efforts to report the incident to the area chief and police, little action had been taken to assist the family beyond recording the statement.

“I had to sell my goats to pay for the treatment of the family members and to bury my brother and his son at the Lodwar public cemetery," he said.

"The area Member of County Assembly (MCA) was sympathetic to the tragedy and contributed little money towards the hospital bills.”

Areem is now pleading with the Kenyan Government and the mining companies in Turkana to take better precautions against the many unprotected well pads in the area to prevent such cases from happening to other families. A week after the first incident at Kodekode, a similar tragedy struck the neighbouring Nakukulas village in Turkana County.

They were grazing when a white substance floating on a well pad caught their attention, and curiosity got the better part of them.

They claimed it looked attractive, so they collected some of it. When they tasted it, it was sweet, and they fed on it.

“ In less than an hour of eating the sweet white substance, the boys started to feel weak, and one claimed they felt as if they were burning with excessive heat," Edward Lokol, a community resident activist and a member of the Kenya Oil and Gas Working Group (KOGWG), narrated;

"They wanted to vomit, but nothing came out when they tried. They left the herd and rushed to find help from their father, Ngikalalio Josaphat, who, after interrogating his sons, realized that the boys must have consumed poisonous substances."

Lokol said they were given soap mixed with soil and water, forcing them to vomit and neutralize the chemical effects before seeking medical assistance.

Thankfully the two boys are regaining their health at home but are on medication.

In fear of further harm, the father, Ngikalalio Josaphat, has decided to move the family to Kalemngor, a drier area and a little further from well pads.

Lokol said he is deeply grieved with the current waste management predicament, lack of security, and fencing of the many WellPads in the area.

Muturi Kamau has been an extractive industry expert for nearly ten years.

Ideally, a protected Wellpad should be fenced and have a functioning gate and a danger sign cautioning residents from approaching the premise.

Also, the WellPad drilling head should be covered and locked.

“The effects of animals feeding on grass in mining zones pose a health risk for the animals, especially if waste was not properly handled there could be traces of hazards waste on the ground,” said  Kamau.

He has worked with Turkana communities for close to 10 years.

He said the Government mandates the contracting companies to provide security to the well pad zones to avoid health and safety issues that may occur.

“It can be very catastrophic if children fall to the bottom of the Well pads, which is likely to occur since most Wellheads are not locked,” Kamau said.

Out of the fifty (50) designated drilling Oil and Gas WellPads, thirty-nine (39) were actively ready for mining wells, while ten (10)were dry. 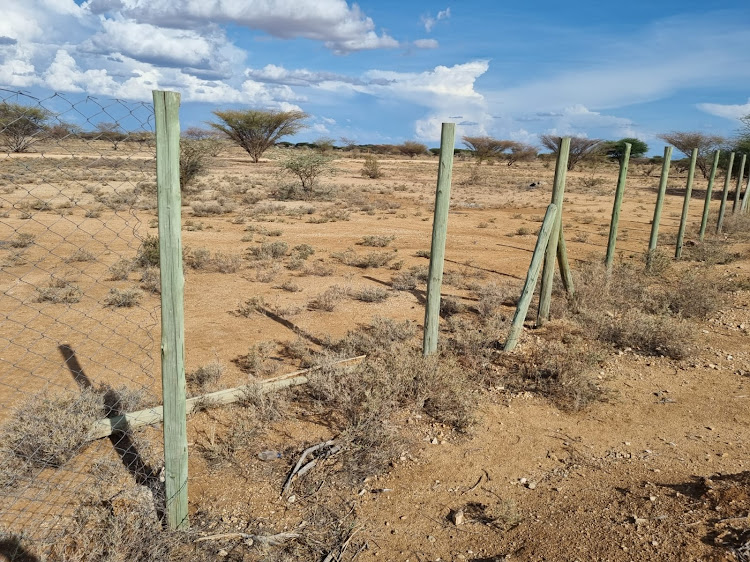 As you drive through the villages, High-Density Polythene liners (HDP liners) used as waste management liners are used as house covering.

Kamau said this is very dangerous since the HDP- liners may have been used to cover hazardous waste.

He said the government is responsible for being vigilant in providing security to these well pad zones to protect the residents.

Unprotected well pads in the mining zones in Turkana County are an environmental hazard and dangerous to the community residents.

A recent report released on May 31, 2022, by the Kenya Oil and Gas Group (KOGWG) recommended that the government allocate adequate resources to lead agencies to undertake monitoring per their respective mandates.

The need for available data because the efficacy of monitoring depends on good quality baseline data.

Entities give free sanitary towels to keep girls in school

A UNESCO report estimates that one in 10 girls in Sub-Saharan Africa misses school during their menstrual cycle.
News
4 weeks ago

NEMA admits even though a lot of strides have been made, many illegalities continue
News
3 weeks ago

We will all die, say starving Turkana residents