Reprieve for Sakaja as CUE withdraws letter revoking his degree

•Sakaja was expected to avail himself to the Commission’s offices on Monday.

•He was expected to present; application and admission letters from the university and evidence of registration including a Student ID to prove he actually studied at Team. 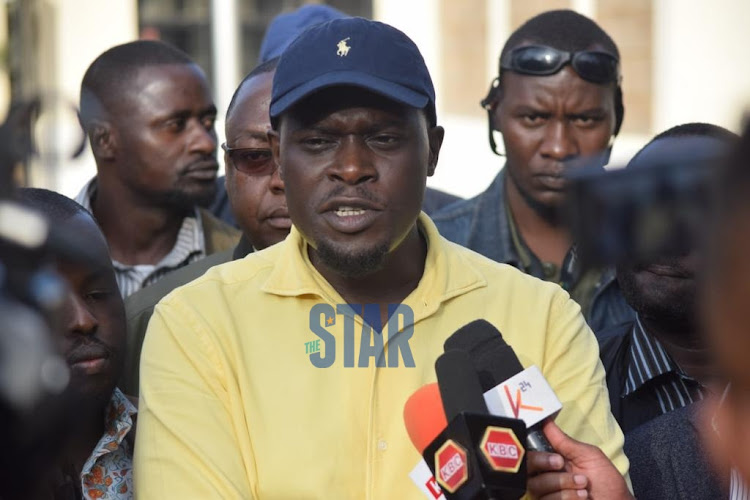 The Commission for University Education has withdrawn a letter that had revoked Nairobi governor candidate Johnson Sakaja's degree, which he claims he acquired from Team University in Uganda.

In a letter, CUE chairman Chacha Nyaigotti Chacha said the commission will give further directions once the investigations are concluded.

"That the respondent wishes to confirm to the honourable court that the substratum of this suit being the letter dated June 14, 2022, for which review is sought is hereby withdrawn pending further investigations by the respondent," he said.

The Commission had last week revoked recognition of Sakaja's degree from Team University in Uganda.

A letter from the Commission dated June 14, 2022, noted it had received material information about the authenticity of the Bachelor of Science in Management degree.

And on Wednesday, Nyaigotti clarified CUE's mandate in determining the authenticity of the qualifications presented.

"This is a power only the Respondent can exercise and it should be allowed to undertake its mandate as recognized by law," the report reads.

The commission further mentioned that the applicant, Sakaja, had also questioned its mandate to recall a degree.

Nyaigotti said the commission faced several requests made by the public calling for investigations into the presented degree.

"The Applicant has been called upon to make representations to the commission on the present issue and cannot therefore allege that is being denied the right to be heard," the report reads.

Chacha previously said despite Team University in Uganda being a recognized university, the number of complaints received called for further probe.

Sakaja was expected to avail himself to the Commission’s offices on Monday at 10:00 am but he snubbed, claiming CUE did not give him an official invitation.

“I read it in the media. I can’t go there without an official invitation,” he said.

He was expected to present; application and admission letters from the university and evidence of registration including a Student ID to prove he actually studied at Team.

He was also supposed to provide the Credit Accumulation and Transfer System, course description for the Bachelor of Science in Management, course units taken, transcripts, examinations schedules and his graduation booklet.

Sakaja said he was ready to submit the documents needed by CUE, adding that it is unfair that the Commission is demanding such requirements.

Sakaja had kept the DCI cops at the Serious Crimes Unit waiting for two hours.
News
1 week ago

CUE boss Chacha Nyaigotti said he however hoped that Sakaja will still provide the required documents.
News
6 days ago

What Sakaja is supposed to present to CUE

He said he was ready to submit the documents needed by CUE.
News
1 week ago

Sakaja to appear before DCI, CUE over degree forgery claims

I've not received any invite! Sakaja skips date with CUE

He was expected to go to the commission over his degree forgery claims.
News
1 week ago
WATCH: The latest videos from the Star
by LAURA SHATUMA
News
22 June 2022 - 11:43