• The Bill, which was sponsored by Nominated Senator Sylvia Kasanga, was unanimously passed by senators on June 8,

• A person with mental illness shall have the right of access to medical insurance for the treatment from public or private health providers. 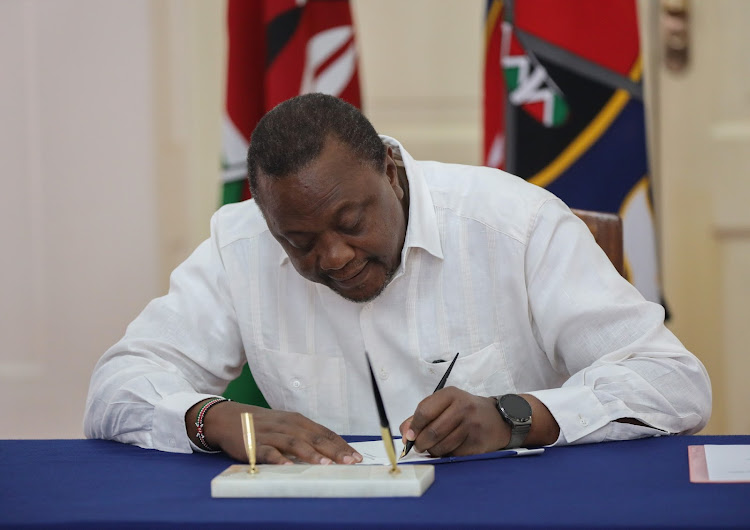 Your local area chief or assistant will take your mentally ill relative into protective custody if he or she is mistreated or neglected.

President Uhuru Kenyatta on Tuesday signed into law the Mental Health Bill that seeks to protect the rights of Kenyans will mental disorders, among other measures.

The Bill, which was sponsored by Nominated Senator Sylvia Kasanga, was unanimously passed by senators on June 8 after going through the parliamentary process for more than four years.

Those given powers to take a mentally ill person into custody are any police officer of or above the rank of inspector, the officer in charge of a police station or an administrative officer.

“A person with mental illness shall have the right of access to medical insurance for the treatment from public or private health insurance providers,” the Bill reads.

Chiefs and other officers are also allowed to take custody of a mentally disturbed person whom he or she believes is a danger to himself/herself or other.

A mentally ill person may also be taken into custody if the chief or officer believes he or she acts or is likely to act in a manner offensive to public decency.

The person is to be taken to a mental hospital within 24 hours where the person in charge will be required to admit him or her for no more than 72 hours. The person will undergo a psychiatric exam and arrangements will be made for treatment and care.

The law however allows an emergency admission or treatment of a person when there is imminent danger to the health and safety of the person or other people.

The Bill was passed as alarm is raised over the rising burden of mental illness.

Statistics indicate one in every four Kenyans suffers from some form of mental condition, from mild to severe, at some point in life.

In July 2020, the national task force on Mental Health led by Dr Frank Njenga recommended that mental health be declared a national disaster.

He said mental health issues are deep rooted and it is high time it was given serious attention.

Last week, the President called for concerted efforts to eliminate the stigma associated with mental illness. He said those with mental health challenges deserve to be helped instead of being discriminated against.

“Let us eliminate the stigma around mental health by actively supporting those in mental distress through offering a helping hand and an understanding shoulder to lean on,” Uhuru said.

The country has witnessed an exponential rise in the number of reported mental disorders in recent years.

Nominated Senator Kasanga said the focus will be on unpacking the contents of the law to help Kenyans understand what it contains.

She spoke on Tuesday at a webinar hosted by the International Institute for Legislative Affairs to discuss the Bill and the state of mental health in Kenya.

“Kenyans should understand what is in it for them, even if it is in the form of little booklets or fliers that can highlight sections," she said.

They can highlight the rights io a person with mental illness and communities strategies for fighting stigma, Kasanga said.

She also said forums can put pressure on government to take action swiftly to help the mentally ill.

Bullies self-medicate with drugs and alcohol to mask underlying mental health issues that are the cause of their antagonistic behaviour.
Opinion
6 days ago

"Let therapy and mental health check-ups be a regular part of our health care."
News
1 week ago

Over 400 teachers trained on mental health to lessen risks

The tutors were drawn from 380 secondary schools in Nakuru
Counties
1 month ago
“WATCH: The latest videos from the Star”
by MAGDALINE SAYA REPORTER
News
22 June 2022 - 23:00