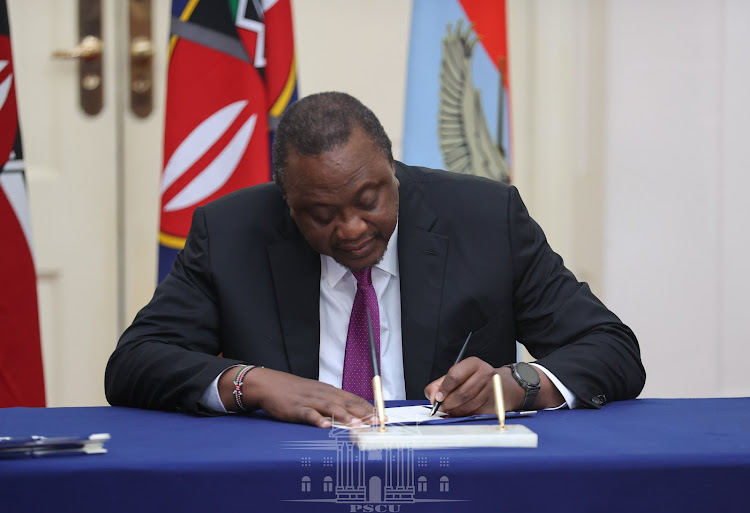 The second Supplementary Appropriation Bill of 2022 makes available a total of Sh88,822,649,842 for Government expenditure on public services among them the fuel stabilization fund which has been allocated Sh49,292,440,866.

Other uses of the funds include drought mitigation interventions such as the provision of relief food; the national fertilizer subsidy programme; settlement of ongoing road construction bills which has been allocated Sh26.7 billion; and social protection and safety net measures assigned Kshs 1.5 billion.

The Teachers Service Commission has been allocated Sh2.1 billion for salaries and related recurrent expenses while Sh1.37 billion has been earmarked for ongoing improvement of primary school infrastructure.

At the same time, Uhuru declined three parliamentary bills among them the Information Communication Technology Practitioners Bill; Insurance Professionals Registration Bill of 2020; and Higher Education Loans Bill of 2020, all sent back to Parliament with memoranda.

The bills were presented to the Head of State for signature by State House Deputy Chief of Staff Njee Muturi at a ceremony attended by Head of Public Service Dr Joseph Kinyua.