The President launched the projects at State House in Nairobi. 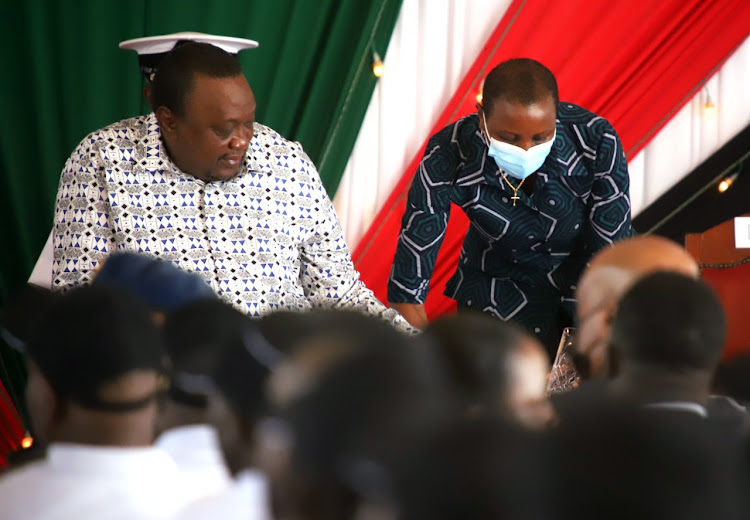 The government has moved to curb wanton grabbing of public land, manipulation of student numbers to pocket capitation cash, and exploitation of the country’s natural resources by foreigners.

This is after President Uhuru Kenyatta Tuesday commissioned eight digital projects to enhance service delivery, and efficiency, and improve ease of doing business.

The projects map out the country’s natural resources and locate other key facilities including public and private land, schools, and police stations.

“We know for a very long time, that our country has been exploited, and we did not know what they have removed from our land, but now we will be guided by the sustainable exploration of our natural resources,” Uhuru said.

The President launched the projects at State House in Nairobi.

The team, comprising 600 people conducted an airborne geographical survey to map out all the mineral resources potential in the country, and topographical maps to assist government agencies in planning and policy formulation.

“As the first Limb to the project, the team has been able to map out a wide range of resources including base metals, coal, gemstones, geothermal spots, forest cover, water bodies, precious metals, and rare earth elements,” he said.

“With an inventory of what we hold, State actions can now guide informed and sustainable exploitation of our natural resources; particularly through manufacturing and industrialization, both of which are key planks of Vision 2030.

“This will not only spur economic growth but also create more job opportunities for our young people,” he said.

The President said that the output maps have already been of aid to the Ministry of Education in mapping out schools countrywide thus ending the era when principals inflated student numbers to pocket capitation cash.

The maps have also been deployed to the Ministry of Roads in creating access and identification of road reserves and KPLC  in mapping out the location of electricity meters and transformers.

The Kenya Forestry services are also using the data in mapping out forest cover and identifying encroached areas.

The team also developed a current cadaster for Nairobi County.

This has led to the visual identification of public lands such as green spaces, health facilities, schools, roads and road reserves, airport facilities, and areas earmarked for social amenities.

“Overall, with the updated data sets generated as part of this survey; the National and county governments, the private sector, learning institutions, and other stakeholders are now better positioned to plan and implement their development programs,” he said.

“Where once it took a minimum of six months to do a single land transaction, this has now been reduced to 48 hours using Ardhi-Sasa.”

“Similarly, instead of taking between one and three months to do a land search, this system will give you land search results in three to 5fiveminutes,” the President said.

Since its launch last year, Uhuru said the system has far, we have managed to fully digitize 232,868 land parcels in Nairobi.

Uhuru also launched five online applications among the Taifa Pay, that are used to centrally collect most government revenues within Nairobi.

This has increased transparency and accountability in government and private transactions.

The third is the National Addressing System of Kenya, which is meant to have a homegrown door-to-door reference system to improve e-commerce and emergency services.

The team developed the Kenya National Spatial Data Infrastructure, for spatial discovery, evaluation, and application within all levels of government, commercial sectors, non-profitable sectors, academia, and the citizens in general.

Online Mining Cadastre was developed to improve mining dealership and rights processes which will greatly boost revenue collection within the mining sector.

The developed innovations are revolutionizing service delivery to ordinary Kenyans.

As such the country’s aspirations to transform into an industrial middle-income country with high quality of life by the year 2030 are on track.