Although many people recover from Covid-19 quickly, not all do.

•Although many people recover from Covid-19 quickly, not all do.

•Workers with long Covid still have to hold down jobs. It’s not easy. 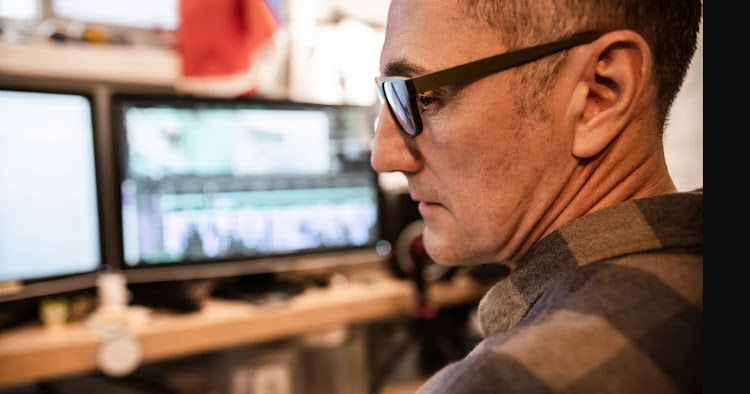 Some workers with long Covid have reported their careers have stagnated because they're unable to put in the time or focus employers require.

Brandon felt like he was at the peak of his career when long Covid stymied any chance of advancement. After spending a decade working his way up in a creative industry that he says is “difficult to break into”, he finally had the opportunity to edit a feature-length film alongside the director last year. Still, burdened by brain fog, confusion, fatigue and insomnia, he couldn’t contribute as much as he’d hoped.

And while some workers are having their careers re-routed, others are experiencing disappointing delays. Cathy had to stop work for 14 months and leave a master’s course mid-way through after contracting Covid-19 in March 2020. The 40-year-old self-employed marketing consultant from Stockport, UK, was suffering from heart pain, fatigue, breathlessness, headaches, confusion and dizziness. “I couldn’t even walk 50 metres in my garden,” she says, let alone stare “at a screen for more than five minutes at a time”.

Yet, some workers must push through their illnesses in order to continue making money. The non-linear nature of long Covid recovery and the vast range of possible symptoms makes that difficult – and workers who must return to work are finding it particularly hard to pace themselves.

Kanoa, a 33-year-old registered nurse from California, got Covid in January 2022. She took a few weeks off work to recover from the acute infection, but being a contractor, didn’t have paid-leave benefits. Despite the brain fog, exhaustion, body aches, hallucinations and anxiety and depression she was experiencing, Kanoa felt like she had to return to work anyway.

Though she pared back her schedule from four days to one or two per week – just enough to cover her bills – Kanoa doesn’t feel as effective while she’s at work. “It’s like being in a time warp,” she says, describing her disorientation and inability to think as quickly or clearly as before. And on her lunch breaks, she needs to nap in her car because she’s so fatigued.

Cathy, after more than two years since infection, can now work for a few hours from home most days, but says the slow transition back has been “difficult” and “frustrating”. To improve her concentration, she’s had to do lower-stakes, non-paid work, like taking online training courses and writing on her blog. Bit by bit, she says, her stamina has increased.

Still, Cathy’s marketing and coaching clients need her to be consistently available, which has meant she’s lost a lot of high-paying jobs. But she’s grateful that, as a business owner, she had the time and autonomy to be patient with herself and “picky” about the work she does take on. And she was able to furlough herself for nine months, during which time she received 25% of her usual earnings from the UK government.

For many sufferers, however, returning to work can trigger a relapse; 85% of people with long Covid report that their symptoms deteriorated after increased bouts of stress and physical or mental activity. This puts workers in an increasingly precarious position – especially if they can’t afford to take off time.

Yet access to job adjustments has been far from universal for many long Covid sufferers. According to 2021 survey data from the UK-based Trades Union Congress, only 44% of employees who requested job accommodations as a result of symptoms reported that companies had granted them – which makes returning to work more challenging. Of course, that figure doesn’t account for the many workers who feel unable to even speak up about their conditions.

The illness is presenting unprecedented challenges for employers as well, says Rachel Suff, a senior policy adviser at CIPD. Medical professionals are still grappling with the disease, making it difficult for human-resources teams to come up with possible accommodations and absence-management frameworks – and, in some cases, even trust what their employees are experiencing is real.

Many workers struggling to get a clear diagnosis might also be confused about their symptoms, and less likely to disclose them to their managers. And given the context of the pandemic, “resources are depleted” on all sides, she says.

According to Rachel Yaeger, founder of New York City-based digital agency Human, low worker energy levels and “pretty unpredictable” paths to recovery have made it difficult to balance accommodating her 10 employees with meeting client deadlines. This month alone, half her team were “feeling really sick and off” as a result of lingering symptoms. The most challenging factor with long Covid, she says, is never knowing when employees will be able to work. It’s hard to manage projects “when people don't feel well unexpectedly and frequently”, she says. And “when someone is out, the rest of the team then needs to take on that workload”.

For some of these workers, it may be difficult to put in intense screen time or be constantly available for bosses and clients (Credit: Getty Images)

But long Covid isn’t going anywhere, and employers across the board must adapt, including those who haven’t yet made accommodations for struggling workers. Half of workplaces are currently employing people with the chronic condition, according to CIPD data. And if employers want to retain talent – especially considering some experts believe long Covid could be responsible for up to 15% of the 11.4 million unfilled jobs in the US – they must act, says Katie Brennan, an adviser for the Society for Human Resource Management (Shrm).

While companies should educate themselves on local labour allowances available – like disability coverage and long-term leave – Brennan suggests employers take a symptom-led (rather than diagnosis-led) approach, matching “medical limitations” with the “appropriate accommodations” wherever possible. This is especially important for helping hourly and contract workers, who have few leave and sick benefits, to remain in the labour force.

Yaeger understands long Covid is a temporary condition for most sufferers, and has made it clear to her team that health comes before client deadlines. She tries to remind employees that as long as they communicate honestly, she can “handle shifting resourcing around” to accommodate symptoms. Though it’s not always easy, a text mentioning, “‘I’m still not feeling well’, is all it takes”, she says.

On top of increased flexibility, employers should be careful about pressuring workers to return too quickly, adds Brennan. Not only could that trigger a relapse, it might also lead to presenteeism – employees showing up but not being productive. “People think they can charge through their symptoms,” she says, “but they’re struggling and the work is taxing.”

However, these changes and adaptations may be difficult, regardless of the size of teams – especially in cultures such as the US, where overwork is more normalised and paid sick leave isn’t mandated. And while a tight labour market may make companies more flexible and accommodating in the short term, there’s no template for dealing with chronic long Covid. This poses some logistical challenges and means companies will have to make arrangements for their own organisations and bottom lines. This could leave many workers behind – or facing precarious health positions.

In New York City, Brandon might have been able to stay at his old job if he’d had the flexibility to work from home and more real-time responsiveness to his symptoms. Often, he just needed to “lie down for a nap” during the days he was working, which never felt culturally permitted – especially after more people on his team returned to the office in 2021.

As of now, out of work and unsure of what’s next, Brandon feels like his only option is to switch careers. Film editing is competitive and stressful, and Brandon is convinced another full-time job in his field would impede his already years-long recovery. “It's very destabilising to face the possibility of a career change while approaching 40,” he says.

He’s hoping to find a slower-paced, lower-pressure corporate job he could do remotely until he’s back to 100%. And while Brandon is worried about the future, his decision to leave a stressful workplace has already resulted in health gains. “It’s a slow upward trend with some dips,” he says. “But I’ve improved a lot this year.”

The increase in Covid cases is so far not associated with increased hospitalisation.
News
5 days ago

Kenya ranked No 2 in headaches – analysis

China was due to host the tournament in June and July next year but the country’s efforts to follow a zero-Covid policy have resulted in the 24-team ...
Sports
4 days ago

When employees have low levels of well-being and job satisfaction, they are more likely to quit their job.
Sasa
5 days ago

From the young to the old, dancing should be enjoyed by all age groups.
Sasa
5 days ago

Serve with roasted potatoes, vegetables, or rice, and enjoy.
Sasa
5 days ago

Users can also send messages to specific people while on a group call.
Sasa
5 days ago

Night owls have an increased risk for mental health issues such as depression and anxiety.
Sasa
1 week ago
by BBC NEWS None
News
21 June 2022 - 10:45