The leaders present unanimously endorsed Raila for the presidency.

•Addressing a Public gathering in Garbatula Town during Raila's visit, Guyo said the ODM leader is the best for the top seat.

•He said Raila's vast experience in public service and devotion to the struggle for independence sets him apart from the rest. 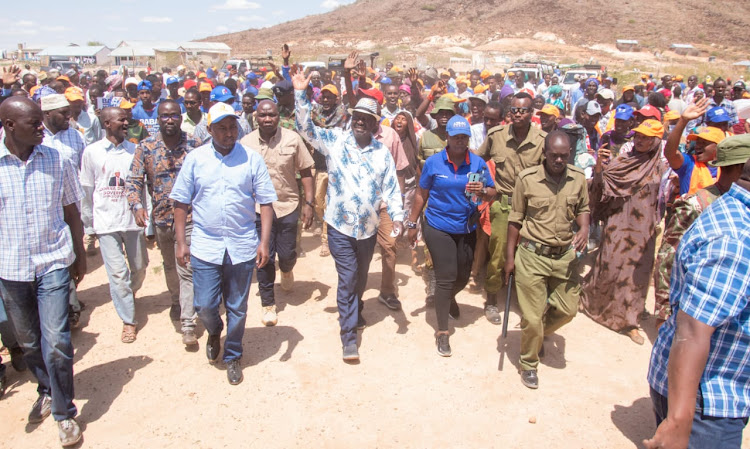 Addressing a public gathering in Garbatula Town during Raila's visit, Guyo said the ODM leader is the best for the top seat.

He said Raila's vast experience in public service and devotion to the struggle for independence sets him apart from the rest.

Guyo, who exuded confidence that he will win the Isiolo governor seat, asked Raila to also prioritise security issues.

This, he said, will end perennial banditry attacks that have plagued the North-Eastern region for years.

“Insecurity has been a major problem facing Isiolo county. In the last one month, we have lost more lives to banditry,” Guyo said

“What we are requesting Raila who is our next president is that he puts a buffer zone between Isiolo and Wajir, Marsabit and Samburu counties to end recurrent cattle rustling and killings.”

Over the weekend, six people were killed and eight others injured at Degogicha in Isiolo county after heavily armed bandits raided a village. 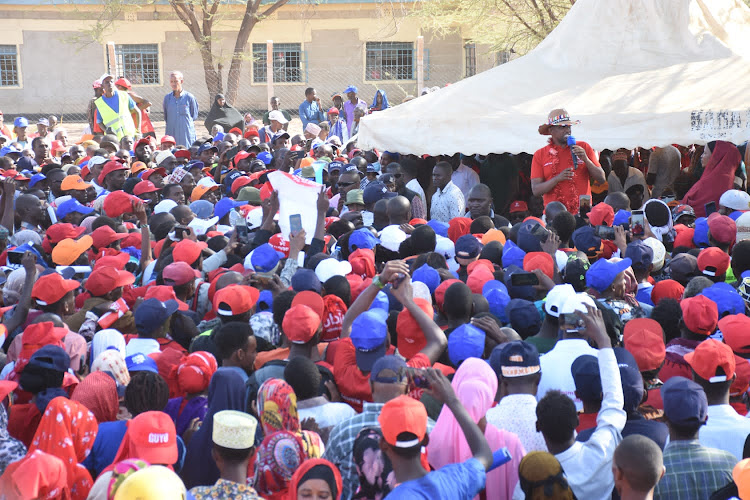 They escaped with livestock.

The weekend attack was one of the many that have hit the region in the last few weeks.

It is on that backdrop that Guyo called for a quick response to curb the runaway cases of insecurity in the area.

To ensure higher education is available and accessible to all, the leaders also asked Raila to establish an institution of higher learning in the area.

Former EACC boss Halakhe Waqo said the learning institution will serve as the pride of Isiolo and boost the education levels of the area.

Guyo also called upon Raila to tarmac the Isiolo-Merti road which has been in a dilapidated state for years.

“Let this road be a legacy that we give to the people of Isiolo once we are elected into office,” he added.

He further pledged to ensure residents are issued valid title deeds by the end of 2023 even as he asked the ODM leader to consider appointing youths to his government.

This has resulted in a land tussle between locals and the military.

Guyo, who is also the Nairobi County Assembly Majority leader, urged Raila to give the military alternative land to operate from.

Jubilee Vice-chair David Murathe urged the Isiolo people to resist "lies" peddled by Deputy President William Ruto in the name of a manifesto.

“Isiolo is Baba’s land and we ask you the residents not to be duped by other candidates who are full fi deceit and lies... Vote for Raila Odinga as the next president,” he said.

While drumming up support for Guyo, Murathe asked Isiolo people to vote for the city MCA saying he has Raila’s interest at heart

"Here in Isiolo, we have brought a young leader who will be the next governor. Serikali ya Baba iko Imara Isiolo , “ he added.

Suba East Mp Junet Mohammed lashed out at Ruto for being hypocritical when speaking about corruption.

He said the DP should be the last person who should be heard speaking about corruption.

“Corruption is a problem which can only be dealt with If Raila is voted as the next president of Kenya and this can be achieved when we beat Ruto,” he added.

"When are you going to stop using violence as your tool for seeking power?" DP Ruto.
News
1 week ago
by MAUREEN KINYANJUI News Reporter
News
21 June 2022 - 21:32