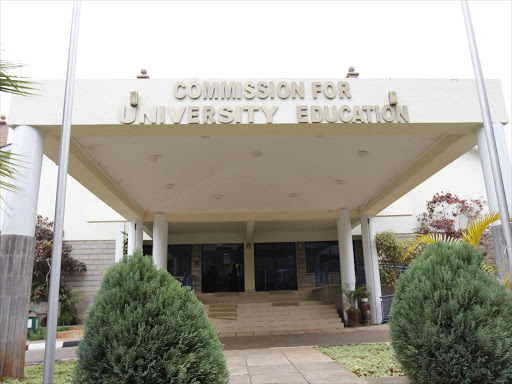 Daystar University Vice-Chancellor has been shortlisted for the position of Commission for University Education Chief Executive officer.

According to a notice by CUE, 15 candidates were shortlisted from a list of 49 who submitted their applications.

"Laban Peter Ayiro's interview for the position will be conducted on June 28," the notice reads.

It was signed by CUE chairperson Chacha Nyaigoti. The universities regulator is seeking to replace Mwenda Ntarangwi whose term ends in September.

Ntarangwi was appointed CEO on September 6, 2017, for a five-year term.

Ntarangwi took over from David Kimutai Some, who had served at the top position since 2012.

CUE is a corporate body established by an Act of Parliament as the successor to the Commission for Higher Education (CHE).

It was established to make better provisions for advancement of quality university education.