This was after pastoralists lost thousands of their livestock to the drought.

• Kataka said beehives have a lot of benefits as compared to livestock that are stolen by cattle rustlers and die during drought.

• Kataka said one beehive can produce 52 kilos of honey. A kilo of honey sells at Sh900. 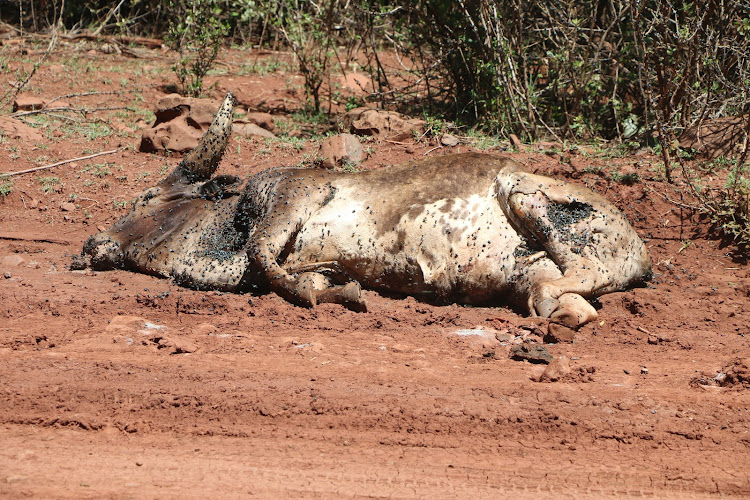 A carcass of a cow that died due to the ongoing drought in Laikipia.
Image: GILBERT KOECH

Maasai community living in Mukogodo forest in Laikipia is keeping bees as an alternative source of livelihood as climate change reality hits home.

This was after pastoralists lost thousands of their livestock to the drought.

Benson Kataka, a resident adjacent to Mukogodo forest in Laikipia understands this all too well.

Kataka is the chairman of the Dupoto Cooperative Society.

After realising that the impact of climate change had taken a toll on his livestock, he started a beekeeping enterprise.

“Keeping bees in the Maasai community is not easy. A long time ago, a Maasai with a beehive was called Ndorobo meaning he does not have cattle, goats and sheep. The lifeline of the Maasai is cattle, goats, and sheep,” he said.

Kataka said they first formed a cooperative society that has 352 members.

“We have more than 2,500 beehives distributed in four locations surrounding Mukogodo forest. The locations of our beehives are Ilngwesi, Makurian, Sieku and Mukogodo,” he said.

He said the group is also involved in the conservation of the Mukogodo forest because that is where bees go to collect nectar. 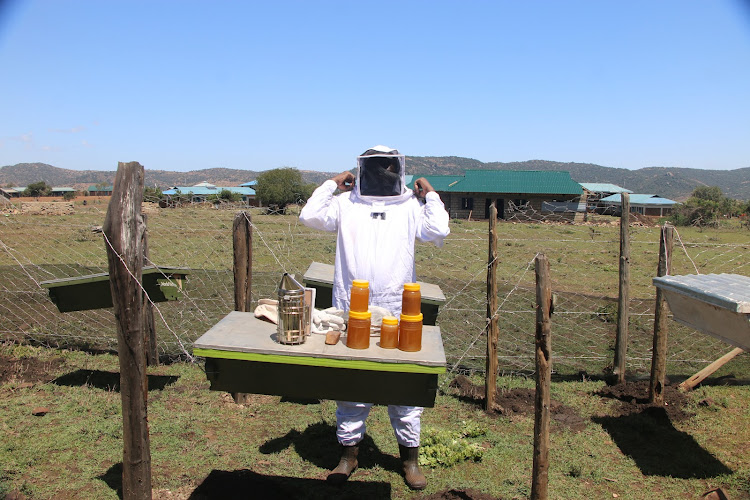 Kataka said for one to qualify to be a member of the society, he/she must have two to three beehives.

Nobody is allowed to cut down a tree that has a beehive, he said.

“People have started to realise the benefits of conservation thereby protecting the forest,” he said.

Kataka said beehives have a lot of benefits as compared to livestock that are stolen by cattle rustlers and die during drought.

“As the chairman, I learned how to earn a livelihood through beekeeping instead of depending on livestock only. When you sell honey, you get money directly,” he said.

“Honey from a Kenya Top Bee Hive is pure as bees do not mix honey with queen’s eggs as it happens with the traditional log hive,” he said.

Kataka said one beehive can produce 52 kilos of honey.

He said once the honey has been processed, one remains with wax as a by-product.

He said he has 40 kilos of honey ready for the market.

Kataka urged more pastoralists to keep bees even as they keep livestock.

“Beekeeping has helped us to protect the environment as nobody will cut down a tree hosting beehives. The elephants also avoid destroying a tree that hosts beehives,” he said.

Kataka said one beehive costs Sh4,500, the money can be recovered in two harvests.

He urged the Laikipia Conservancies Association to help them secure a market for their honey.

LCA was formed in 2019 as a member-led organisation with the goal of bringing together conservancies in Laikipia to address common challenges and amplify individual impacts. 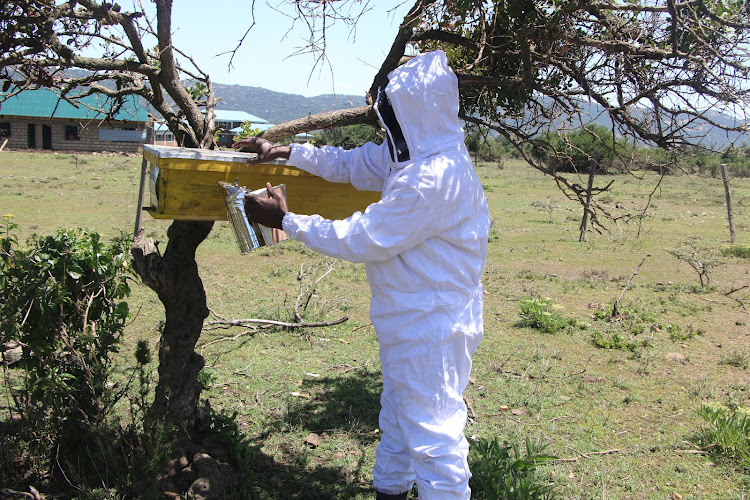 Kataka and the rest of the community's move to keep bees is one of the responses to cope with the effects of climate change.

Scientists have warned that the impact of climate change has had diverse and adverse impacts on human systems, including on water security and food production, health and well-being.

According to scientists from the Intergovernmental Panel on Climate Change, the frequency and intensity have reduced food and water, hindering efforts to meet Sustainable Development Goals.

“Global warming, reaching 1.5°C in the near-term, would cause unavoidable increases in multiple climate hazards and present multiple risks to ecosystems and humans,” the Climate Change 2022 Impacts, Adaptation and Vulnerability report says.

The report by Working Group II Contribution to the Sixth Assessment Report of the Intergovernmental Panel on Climate Change was released earlier this year.

The report says biodiversity loss and degradation, damages to and transformation of ecosystems are key risks for every region due to past global warming and will continue to escalate with every increment of global warming.

The impact of climate change is being felt in the country, with the number of people who need food donations increasing from 3.5 million in May to 4.1 million this month.

The National Drought Management Authority said the drought situation has continued to worsen in 19 of the 23 arid and semi-arid counties.

The June Drought Early Warning Bulletin attributed the worsening drought situation to the poor performance of the 2021 short rain and the early cessation of the 2022 long rain season.

The remaining four counties-Baringo, Lamu, Narok and Makueni-are in a normal drought phase.

The drought bulletin showed that livestock mortality as of May 2022 stands at more than 2.4 million across all species, with the most affected counties being Samburu, Mandera, Isiolo, Lamu, Marsabit and Garissa.

Global warming: Why Kenya is among countries at crossroads