The CS urged for speedy resolution of such disputes.

• Matiang’i said the high number of such cases attempts to pressurise the IEBC and other adjudicating institutions by mobilising and inciting supporters.

• Matiang’i challenged the diplomats who represent the county as ambassadors and high commissioners to encourage more direct investments in Kenya. 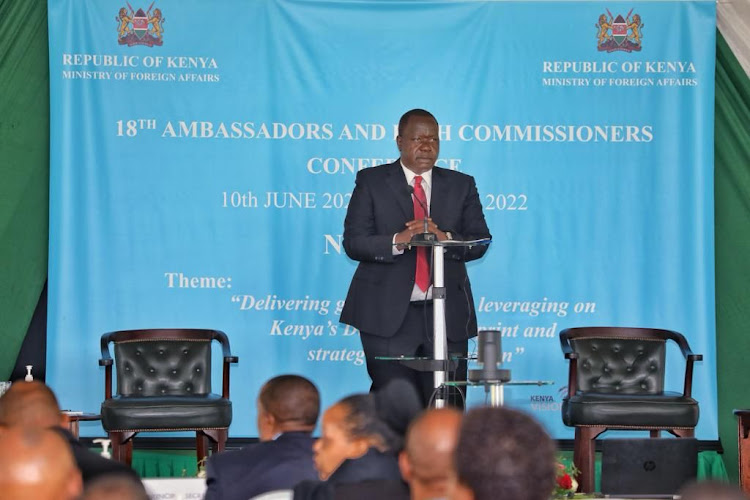 He said the high number of such cases attempts to pressurise the Independent Electoral and Boundaries Commission (IEBC) and other adjudicating institutions by mobilising and inciting supporters by involved individuals was raising tensions in the country.

The CS spoke when he addressed a conference of Kenyan diplomats on security preparedness for elections at the Windsor hotel in Nairobi.

He urged for the speedy resolution of such disputes.

“It’s unfortunate that men and women are spending whole days debating whether or not some people went to school. The question of whether one possesses clearly stipulated requirements should be a straightforward yes or no issue,” the CS said.

Although the country was largely peaceful compared to similar periods around previous general elections, the CS said this could be risked by the whipping of emotions around contested eligibility.

“The nature of genuine education is that there is a trail of evidence left behind: there is a classmate who sat with you; there’s is a lecturer who remembers you; there must be records of an exam you sat for; there is a paper you wrote. Why would we be arguing about it?”

Matiang’i linked the agitation to vie in the elections by aspirants of doubtful qualifications to an upsurge of individuals with criminal records and suspected involvement in illegal activities eyeing various electoral seats. 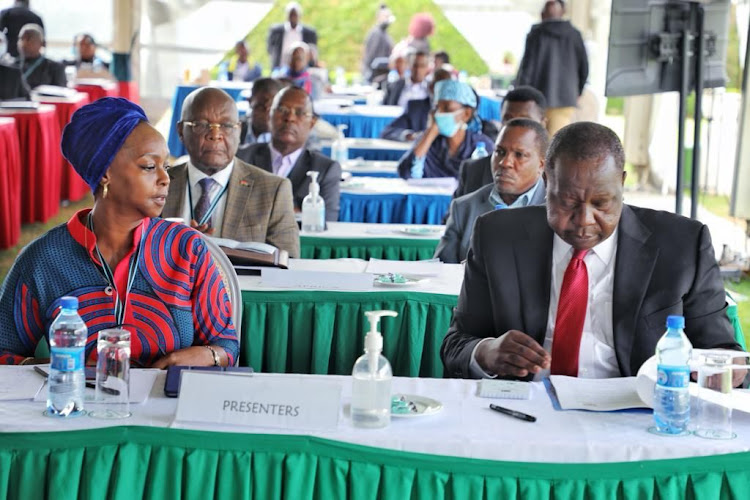 Interior CS Fred Matiang’i and other officials during conference of Kenyan diplomats on security preparedness for elections at the Windsor hotel in Nairobi on Thursday, June 15,2022.
Image: CYRUS OMBATI

The CS is on record warning that the next Kenyan Parliament could end up having up to 40 percent of its members drawn from established money launderers and other big-league criminals.

He reiterated his concerns that corruption and the deployment of huge amounts of cash in ongoing campaigns are fuelling security challenges, especially around the sharing of funds among rival groups.

He however said the overall security outlook, with less than two months to the August poll, was largely peaceful.

Matiang’i challenged the diplomats who represent the county as ambassadors and high commissioners to encourage more direct investments in Kenya and to assure investors that the country was a safe and worthy destination.

“Because these ladies and gentlemen are the ones who speak for our country, we’ve asked them to tell all our neighbours and friends in the region and further afield that we do not anticipate any problem. We want to continue our trade and our economic activities,” he said.

He attributed an improved security environment to investments in intelligence-gathering, employment of more security officers, the formation of specialised Special Purpose Institutions and a multiagency approach to security plans.

The CS who served at the University of Nairobi said it is very easy to prove if one studied at the institution.
News
1 month ago

IEBC is on the spot for clearing candidates whose academic credentials are in doubt.
News
2 months ago