Ruto: My next plans if I lose August elections

Ruto said he will not organize demonstrations if loses election.

•Ruto said he is grateful for having been the Deputy President of the Republic of Kenya.

•He emphatically said he will not organize any demonstrations just because he has been declared a loser in the August elections. 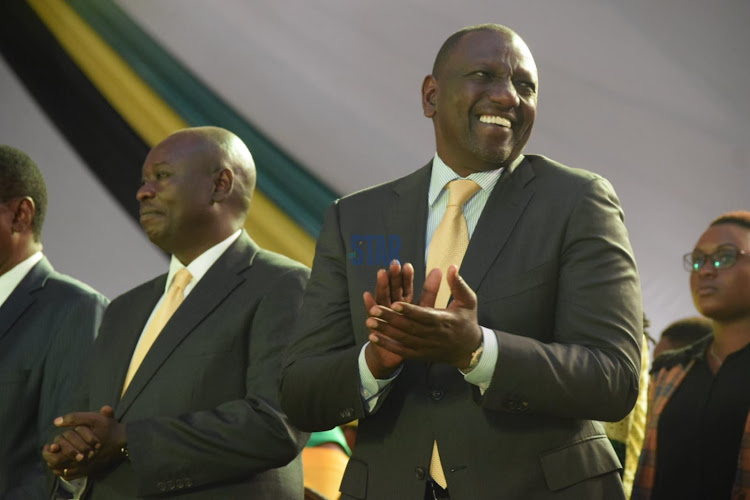 Deputy President William Ruto has expressed commitment to accepting the verdict of the August election even if he is declared the loser.

In an interview with NTV on Sunday, Ruto said he is grateful for having served as the Deputy President of the Republic of Kenya.

He said millions of Kenyans have not gotten the opportunity to serve in such a capacity and he, therefore, does not take for granted the milestone he has achieved so far in his life.

The DP appeared to suggest that he will spend time with his grandchildren if he loses the August polls as he charts his future plans.

"If I will not win in August, I now have grandchildren, I will be satisfied. Very many Kenyans have not gotten the opportunity to be Deputy Presidents. I really thank God that I have gotten this far, and it is something that I consider a huge achievement."

Ruto noted that he has served his best as a deputy president and he has no regrets whatsoever.

He noted that the August elections are for Kenyans to decide who they want for whichever seat.

Ruto emphatically said he will not organize any demonstrations just because he has been declared a loser.

"I did my best, I served my country and it is up to Kenyans to decide who will be their next president. I want to promise you that I will not organize any demonstration. I will not pull down any railway line."