Community networks are a way to help address the digital divide.

•The Covid-19 pandemic demonstrated the critical importance of Internet connectivity.

•Community Networks and Internet Exchange Points are a cost-effective way to bridge the digital divide. 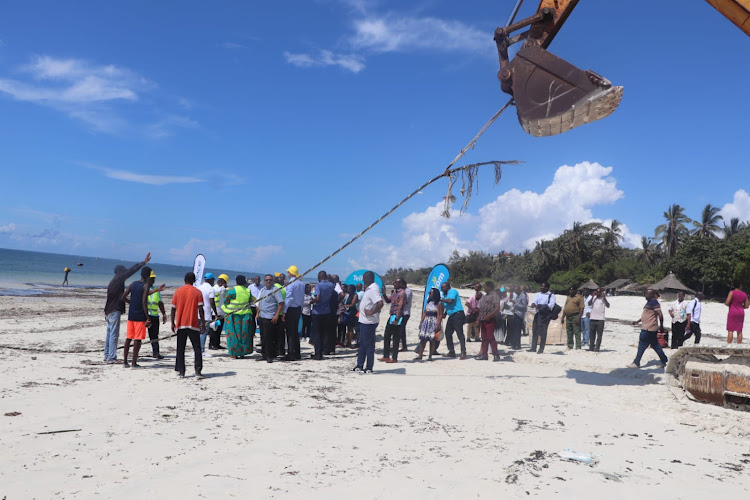 When the Covid-19 pandemic struck countries in early 2020, many companies adopted remote working.

Remote education, remote work, and remote health services among others came within the reach of many.

However, those without access to the internet were left behind.

The Internet Society now wants internet access expanded so that no one is left behind.

Society Regional Vice President in Africa Dawit Bekele on Thursday lauded the strides that have been made by stakeholders in expanding access throughout the continent.

“The Covid-19 pandemic demonstrated the value of Internet connectivity which has been an essential lifeline for the continuity of business, healthcare, education, government, and other critical activities. We applaud the significant investments in the last decades to develop Internet infrastructure, which has made the Internet available to more people across the continent," he said.

Bekele said the pandemic also highlights the digital divide that remains, particularly in rural, remote and even urban areas around the world.

He made the remarks during the World Telecommunication Development Conference (WTDC) 2022 taking place in Kigali, Rwanda.

The Conference is under the theme “Connecting the unconnected to achieve sustainable development.”

Founded in 1992 by Internet pioneers, the Society is a global non-profit organization working to ensure the Internet remains a force for good for everyone.

Through its community of members, special interest groups, and 120+ chapters around the world, the organization defends and promotes Internet policies, standards, and protocols that keep the Internet open, globally-connected, and secure.

As it celebrates its 30th anniversary as a global nonprofit advocating for an open, globally-connected Internet, the organization is calling for accelerated action to further Internet development throughout the African region.

​​Sub-Saharan Africa has the highest growth in global Internet penetration, increasing from less than 1 percent in 2000 to 30 percent today.

Despite the impressive growth, there is still a coverage gap of over 840 million people who don’t have access to reliable and affordable Internet access.

In Kenya specifically, the rapid pace of Internet ecosystem development since 2012 underscores the critical role that Internet Exchange Points and the accompanying infrastructure play in the establishment of strong and sustainable Internet ecosystems.

The Society has conducted technical capacity training on Internet routing technologies for network operators in Kenya and supported the development of community networks including TunapandaNET in Kibera, AHERI in Kisumu, and Lanet-Umoja in Nakuru.

It’s such initiatives and collaboration from the government that has propelled an increase in the number of internet users from 0.4 percent in 2012 to 41.9 percent of the population in 2020 with nearly 70 percent of traffic localized.

Localizing Internet traffic has led to significant cost savings for participating networks and puts the country in a strong position to participate in the digital economy.

Community networks are a way to help address the digital divide.

They are communications infrastructures built, managed, and used by local communities and are a sustainable solution to address connectivity gaps in underserved regions.

The Internet Society has a long history of working with communities worldwide to fund, build and train people with the skills needed to run and maintain community networks.

At WTDC, the organization will be making a pledge to support 100 complementary solutions to connect the unconnected, and to train 10,000 people to build and maintain Internet infrastructure, all by 2025 as part of the Partner2Connect Digital Coalition, an initiative led by the International Telecommunications Union (ITU) that aims to foster meaningful connectivity and digital transformation in the hardest-to-connect communities around the world.

Also vital to expanding the Internet throughout Africa is the interconnection between local networks, content providers, and users. Currently, millions of dollars are spent every year to route local Internet traffic through expensive international links.

This not only makes the Internet slower and more costly for Internet users but also limits the kinds of applications that can run on the local Internet.

For this reason, the Internet Society has been at the forefront of supporting the establishment and growth of Internet Exchange Points that enable and encourage local traffic.

It is expected improve speed and reduce costs
Business
4 months ago
WATCH: The latest videos from the Star
by GILBERT KOECH News Reporter
News
09 June 2022 - 22:17