Kinoti noted that the Directorate has digitized most of its services.

•Kinoti said police officers should be congratulated for being emotionally strong when provoked under different circumstances, while they continue providing their services dutifully

•He congratulated the initiative by the ICT ministry to train over 20 million citizens on digital skills. 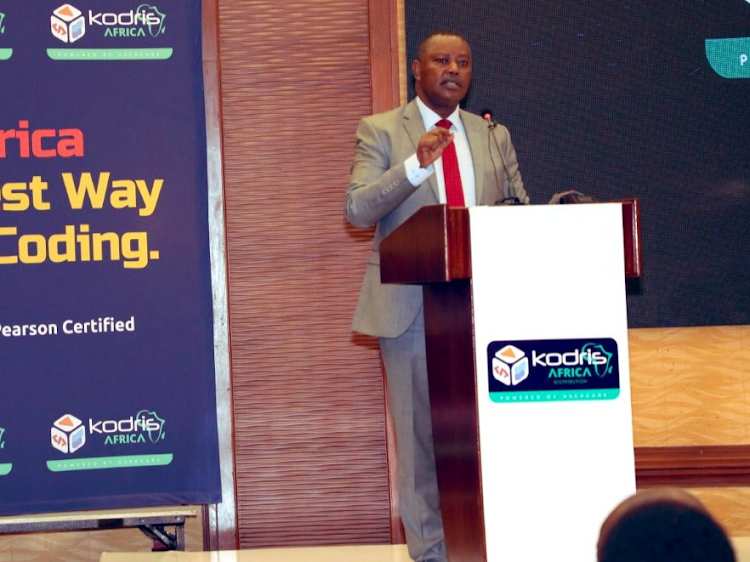 DCI boss George Kinoti during the launch of an ICT initiative to train 20 million citizens of cyber skills on June 8, 2022
Image: DCI/TWITTER

The Director General-DCI George Kinoti on Tuesday lauded the initiative by the ICT ministry to train over 20 million citizens on digital skills.

He said the initiative is timely, in today's increasingly globalized world.

Kinoti noted that the Directorate has digitized most of its services and embraced modern-day technology in solving crimes, by employing Forensic science in the investigation of cases.

"This has led to the expeditious resolution of crime puzzles that would have hitherto taken long to resolve, placing the Directorate at per with established investigative agencies across the world," he added.

The DCI boss pointed out that the Directorate has developed the required human resource capacity.

He said they include experts in Chemistry, Biology, Medicine, and Mathematics among other scientific fields who are the leading brains behind the improved performance of the Directorate.

Further, he hit at those who have cultivated the tendency of belittling the work of police officers based on their academic qualifications.

"The verbal attacks are misplaced. I wonder why those who are making fun of our academics fail to celebrate the emotional intelligence displayed by police officers providing security," he said.

He said police officers should be congratulated for being emotionally strong when provoked under different circumstances, while they continue to provide their services dutifully.

The DCI Chief was speaking during the launch for the training of 20 million citizens on digital skills.

The function was presided over by the Cabinet Secretary for ICT  Joe Mucheru, at a city hotel.

We may have low qualifications, but respect our work— Kinoti

He said armed police officers control their emotions not to react to everything.
News
2 months ago
WATCH: The latest videos from the Star
by SHARON MWENDE
News
08 June 2022 - 20:25