He said they will re-introduce cotton growing in large numbers.

•Raila remarked that mitumba clothes people in Kenya are wearing might have been worn by people who already died.

•He noted that this will create a big source of employment of the youth in the country, majority of whom lack jobs opportunities. 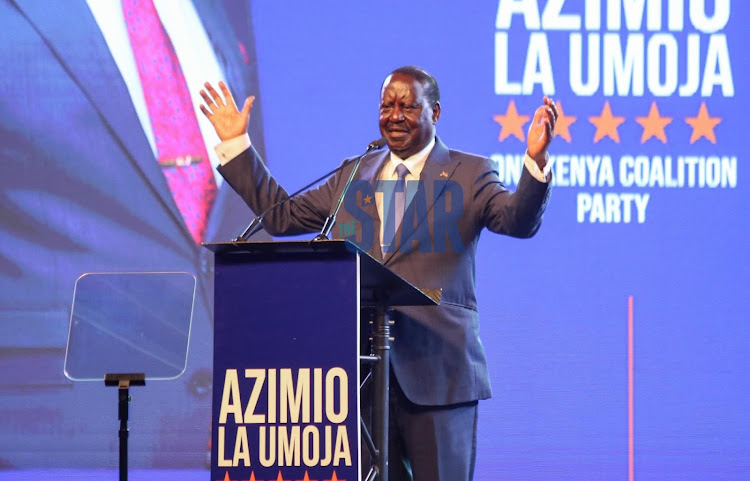 Internet users expressed mixed reactions depending on the context they understood the remarks.

While unveiling his manifesto at Nyayo Stadium Monday night, the ODM leader remarked that mitumba clothes worn by Kenyans could, in fact, have been worn by people who are already dead.

“Our people are only wearing clothes coming from outside the country already worn by people who are dead," Raila said.

"We are going to go to primary production so that our people who are importing mitumba can have good products to sell here."

“I’m saying that we are not moving anybody out of business. We will ensure that those who are importing mitumba get the first hand to market goods which are going to be manufactured here in this country.

Raila Odinga ~"Mitumba is for Dead people " we will ban them. Majabu 😳😢 @RailaOdinga instead of banning mtumba think about how many people rely on this for daily bread. Rather tell us who is bunning gikomba. My humble request don't ban "Mtumba"

This, he noted, will create a big source of employment for youth.

"We will make the finished product here and this will create again a very big source of employment for our youths in the country," he said.

Raila stated that the importation of mitumba clothes into the country had killed other sectors of the economy including manufacturing.

The Mtumba Industry in a simple Graphics

Proudly lying on my bedsheets which are part of the #MyDeadPeopleClothingChallenge pic.twitter.com/NczMbXTyvF

Raila: My promise to Kenyans

Kalonzo: This is five-star manifesto, I pledge to fight for you

He said the launching time is a clear indication that Kenya is ready for a 24-hour economy.
News
2 months ago
WATCH: The latest videos from the Star
by PURITY WANGUI
News
07 June 2022 - 14:26