They are protesting over lack of promotions and poor contractual terms.

• The health care workers claimed they have stagnated in the same job group for more than ten years.

• The workers comprise of nurses, clinical officers and lab technologists. 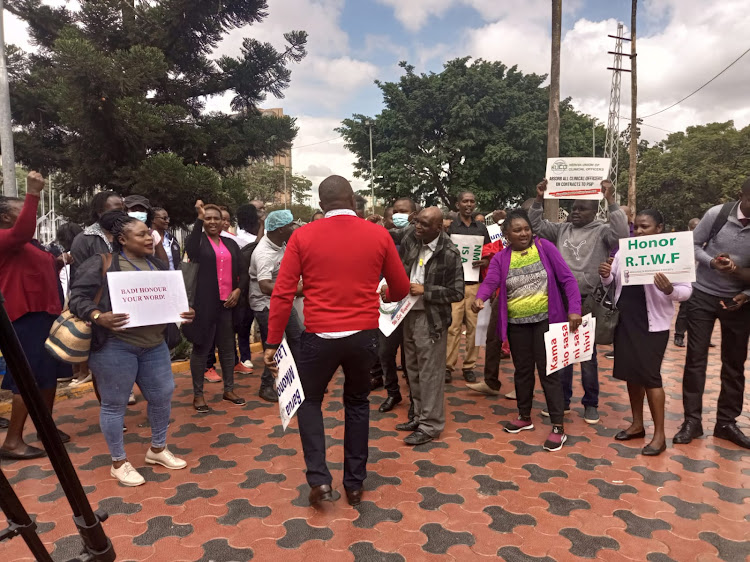 Healthcare workers in Nairobi have threatened to paralyse services in the county until all their grievances are addressed.

They are protesting against the lack of promotions and poor contractual terms. 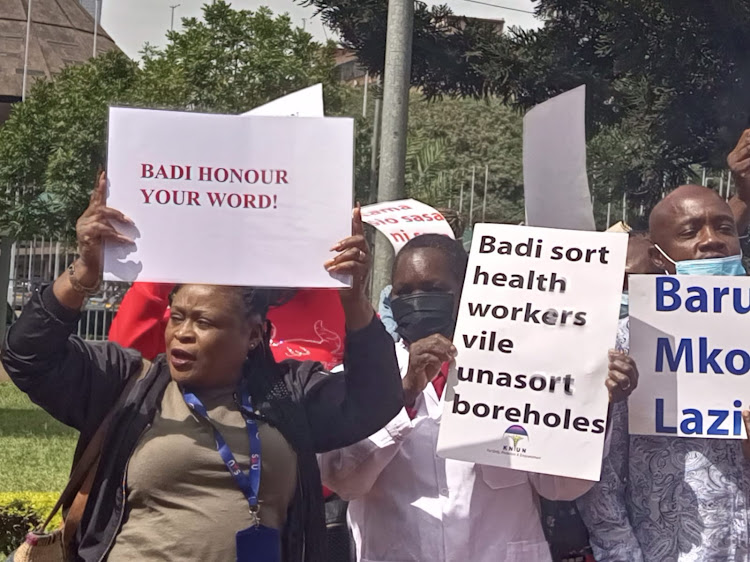 The health care workers claimed they have stagnated in the same job group for more than ten years and want the relevant authority to effect their promotions with immediate effect.

They also want members who are on contract hired on permanent and pensionable terms.

“All healthcare workers are here by the invitation of General Badi himself. If he will not see us today, tomorrow we will come back here. We will be here until he gives us an audience,” Boaz Onchari said.

Onchari is the Kenya National Union of Nurses branch secretary for Nairobi.

“These are issues that we have been engaging NMS on but they have been taking us in circles. The DG is not committed to this process, so as of now, nothing is happening and that is why our people are here demanding to be heard,” Onchari added.

There has been a push and pull between NMS and the county government after some of the functions were taken over by the Mohammed Badi-led team.

They further demanded that promotions be effected based on years of stagnation.

Sakaja promised that his administration will ensure funds are available.
Counties
3 months ago

Crisis in Nairobi as health workers under NMS join strike

Services are expected to be disrupted at Pumwani Maternity, Mama Lucy Kibaki and Mbagathi
News
1 year ago
WATCH: The latest videos from the Star
by MAGDALENE SAYA
News
07 June 2022 - 13:48