Say women neglect their duties and families for campaigns 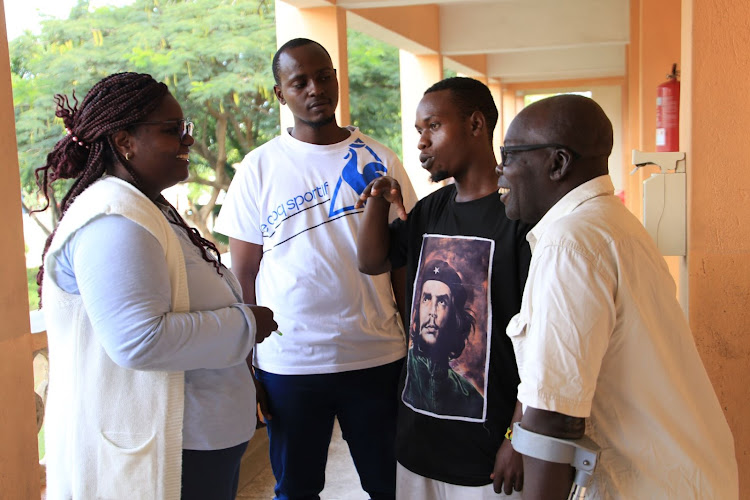 Marriages are at risk in Changamwe, Mombasa due to politics, a women organisation has said.

Mashinani Women Network executive director Caroline Oduor on Tuesday said there may be more divorces or separation in this year’s election compared to the last.

“We registered three cases of divorce and separation in Changamwe during the nominations,” Oduor told the Star at the St Mary’s Catholic Church in Changamwe.

In 2017, her organisation registered four cases of divorce or separation during the electioneering period.

She said women and youth are increasingly being used by politicians as pressure groups leading to violence at home for women and streets for the youth.

Muslims for Human Rights is implementing a programme to create awareness of women and youth against being used by politicians to cause violence or breach of peace during the electioneering period.

“We want to preach peace. There are many pressure groups being formed. We are trying to engage the youth, women, elders and persons with disability at the grassroots level to mitigate electoral violence,” Wanjiru said.

Muhuri child and gender officer Topister Juma said Mombasa has been named as a hotspot for violence by security organs and this calls for more engagement with the youth, who are mostly used by politicians.

“It is sad that today more youth and women are being recruited into these pressure groups, which in most cases cause violence in political rallies,” she said.

Juma said politicians should give youth proper jobs instead of giving them Sh200 handouts, to cause violence.

“That is why we are increasingly engaging the youth to make them understand the need to shun politicians who recruit them to cause violence,” she said.

Oduor said women are increasingly used as mobilisers after being promised jobs by the politicians.

These, mostly false promises, she said, make women spend more hours in rallies and door-to-door campaigns than they spend with their families at home, at the expense of their marriages.

“You find a married woman goes out as early as 6am and starts mobilising voters. They have not prepared breakfast for the family. She spends the whole day, sometimes up to 10pm going round campaigning for a politician,” Oduor said.

She said in the cases she has dealt with, the wives neglected their duties daily because of campaigns.

“During the nominations, one was given her second divorce warning, one separated with her spouse and another was sent back to her parents,” Oduor said.

The official urged women to find a balance between their jobs, family and politics.

“Do not dance in political rallies because of deras. You can find meaningful work and buy that dera with your own hard-earned money,” she said.

Wanjiru said the ECCES programme, funded by USAID through ACT Kenya, is being implemented mostly in Changamwe, Jomvu and Kisauni in Mombasa, and in Kilifi, Kwale and Tana River counties.

Jomvu peace committee member Elly Omucheyi, who represents PWDs, said they feel increasingly stigmatised during the electioneering period because no one cares about their well-being when they plan their programmes.

He said every electioneering period increases the number of PWDS because of political violence.

“This makes the PWDs more stigmatised because they cannot go to rallies and town hall meetings because of the fear of violence. This means they are not able to listen, first hand, to politician’s manifestos so as to make informed choices at the ballot,” Omucheyi said.

He called on security organs to address political violence and other electoral issues in a more civilised humane way, without using guns.

“Attack the problem, not the people,” Omucheyi said.

“They are willing to do anything to get that Sh200 in their pockets,” he said.

Robert said in most cases, the youth are also intoxicated with drugs before they engage in criminal and violent activities.

“Empower the youth economically by giving them start-up kits and capital to start small businesses,” he said.

The forum focused on countering election violence and political intolerance.
Sasa
5 months ago

IEBC threatens to bar Mwingi aspirants from polls over violence

Mwingi Central IEBC returning officer Mbai says he might take action against them.
News
5 months ago

Some rowdy youth caused chaos as he addressed a rally in Mwingi town last Sunday.
Counties
6 months ago