For beer lovers, products whose alcohol content exceeds six per cent will attract excise duty at the rate of Sh134 per litre, up from Sh121.85 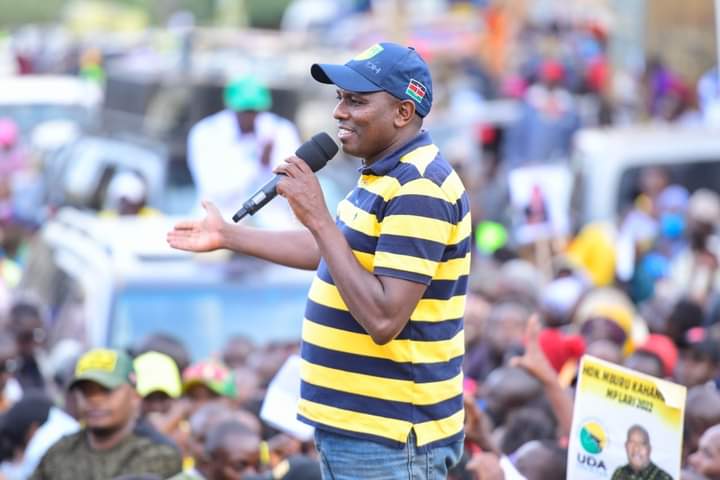 President Uhuru Kenyatta is expected to assent to the Finance Bill after MPs on Thursday night approved radical proposals to alter revenue raising measures by the government.

On Thursday, lawmakers aligned to Deputy President William Ruto pushed through amendments to the Finance Bill 2022 that will see amongst others an increase in prices of wines and spirits and some beers.

Led by MPs Kimani Ichung’wah (Kikuyu), Aden Duale (Garissa Township) and John Kiarie (Dagoretti South) they put a spirited fight late into the night to push some of critical amendments with far reaching consequences on the government revenue raising ability.

Spirits with an alcoholic percentage of more than six per cent will attract excise duty at Sh335.30 per litre, up from the initial Sh278.70.

For beer lovers, products whose alcohol content exceeds six per cent will attract excise duty at the rate of Sh134 per litre, up from Sh121.85, meaning retail prices are set to increase.

Tobacco substitutes including non-combustible tobacco will from July 1, attract excise duty at Sh3,750, more than double the current Sh1,500.

Excise duty on fees charged on advertisements by television stations, print media, billboard and FM stations these products is set at 20 per cent, up from 15 per cent.

“The advertising tax that would be imposed here is not translatable to the consumer…..But most importantly the fact that we shall be able to be raising revenue out of betting advertising and fill up the gaps on some of the proposals that we have done is justification enough,” Kiarie said.

The increases in taxes on alcohol revises earlier recommendations by the Finance and Planning Committee of the National Assembly, which had rejected a proposal by the National Treasury to increase these taxes.

The committee chaired by Homa Bay Woman Representative Gladys Wanga had noted that an increase would lead to a rise in the consumption of illicit alcohol.

The Bar Hotels Liquor Traders Association, on Thursday said increased taxes will hit the industry, which is yet recover from Covid-19 related losses, where the number of bar outlets reduced from 54,000 to 32,000 countrywide.

This represents Sh19.8 billion loss annually in household income for the hospitality industry.

The sector is also experiencing a high cost of doing business due to increased fuel prices and food due to external factors and high inflation, it says.

Kenya Association of Manufacturers, had also told Parliament an increase in taxes will lead to a return of high consumption of illicit alcohol.

Meanwhile, households have been spared from a further increase in unga prices as MPs rejected a proposal to introduce VAT on the supply of maize and wheat flour.

The commodities’ prices have already shot following shortages, with the wheat flour supply being affected by the Russia-Ukraine war.

VAT on Liquefied Petroleum Gas (Cooking gas) has also been slashed to eight per cent from the current 16 per cent.

The amendment on cooking gas was moved by Wanga. Duale too had similar amendments to reduce the cost of LPG.

Treasury has proposed to increase this to Sh6.60.

Duale had to drop his amendments on the digital service tax after the Committee rescinded the decision to increase it from the current 1.5 per cent to three percent.

Treasury had proposed an increase to three per cent while Duale’s proposal was to retain it at 1.5 per cent

Finance Committee Chairperson Gladys Wanga said the decision to retain the tax was the need to give it time having just been introduced a year ago.

“This 1.5 percent was introduced just last year, so we need to give it time,” Wanga said.

Boda Boda operators also have something to smile about as MPs held excise at Sh12,185 against the proposal to increase this to Sh13,403.

Locally produced chocolate has also been exempted with excise now applying only on imports.

“We only have two manufacturers..with this kind of excise they cannot be competitive,” Wanga told the floor of the house, albeit a near-empty House.

Elsewhere, property dealers will now pay more as capital gains tax (CGT) moves from five per cent to 15 per cent.

Kenyans love their booze.
Business
7 months ago
Post a comment
WATCH: The latest videos from the Star
by MARTIN MWITA AND LUKE AWICH
News
03 June 2022 - 23:00
Read The E-Paper