Mutua says Kambas are being ridiculed because of Kalonzo's political indecisiveness.

•He reiterated that as a community, they were being ridiculed wherever they go due to Kalonzo’s indecisive political stand. 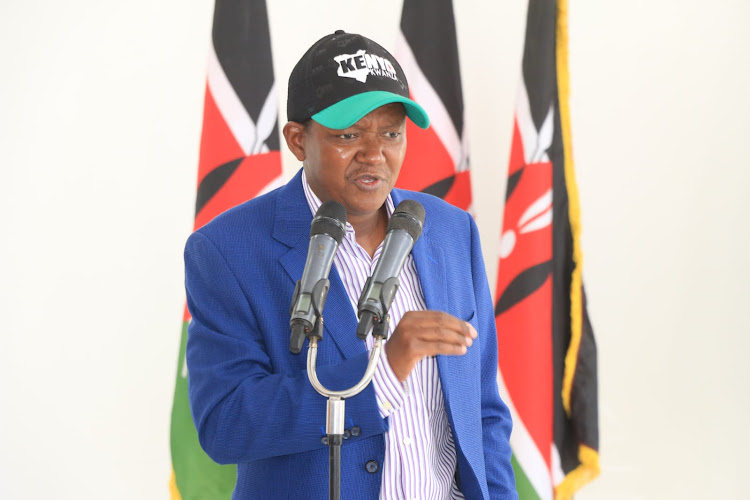 Machakos Governor Alfred Mutua has said the Kamba community had moved out of Azimio and there was no turning back.

He reiterated that as a community, they were being ridiculed wherever they go because of Kalonzo’s indecisive political stand.

“Everywhere we go we are told that Kambas don’t have a stand. Kalonzo, the Kamba leader said he won’t work with Raila but he said Raila ‘tosha’. He said he won’t attend the interview but he attended but still denied Raila’s running mate post,” Mutua said.

The Maendeleo Chap Chap party leader spoke during a meeting that brought together MCC aspirants from different parts of the country at his office in Machakos on Tuesday, May 31.

“Kambas are saying if you go back to Azimio, you are going alone. Kambas will decide where they are going themselves,” Mutua said.

He said as a community, they want to be in the next government. 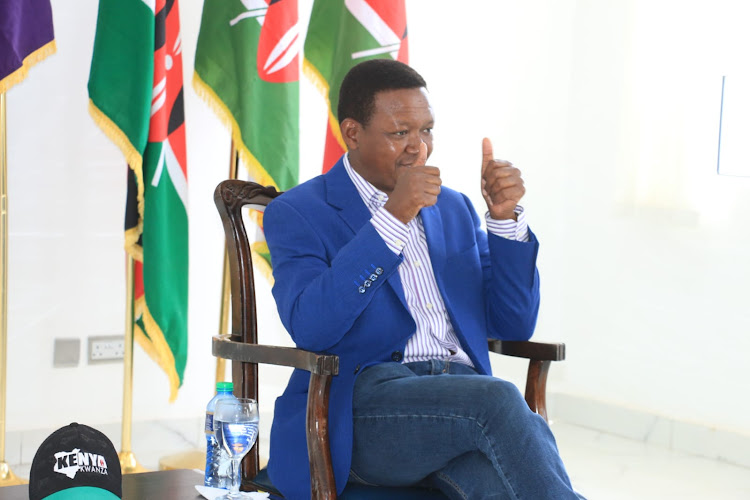 Governor Alfred Mutua at his Machakos office on Tuesday, May 31, 2022.
Image: GEORGE OWITI

“Kambas are saying Ruto will win since he has the majority,” he said.

He laughed off claims that Ruto will be rigged out if he wins the August 9 elections.

“Ukora wanafanya usiku, asubuhi tunajua. There is no deep state. If they vote Ruto, we will win. They can’t rig him out. I was a government spokesman for five years and governor for ten years. I’m not stupid, let them forget about rigging,” Mutua said.

This comes at a time when Kalonzo is said to be warming up to rejoin Azimio La Umoja One Kenya coalition barely a fortnight after his dramatic walkout.

Mutua laughed off Kalonzo's move saying that it will leave the Kamba community with an egg on their face.

He urged the Kamba community to ignore Kalonzo and back Kenya Kwanza presidential candidate William Ruto.

Mutua warned that Kalonzo risks walking alone should he decide to rejoin Azimio.

Yatta MP Charles Kilonzo wasn’t cleared after he failed to meet all the requirements.
News
8 months ago
Post a comment
WATCH: The latest videos from the Star
by GEORGE OWITI Correspondent - Machakos
News
31 May 2022 - 19:45
Read The E-Paper