The public will have access to Uhuru Gardens as from 6:00 am.

•It is expected that President  Uhuru will commission a Mashujaa museum at the facility. 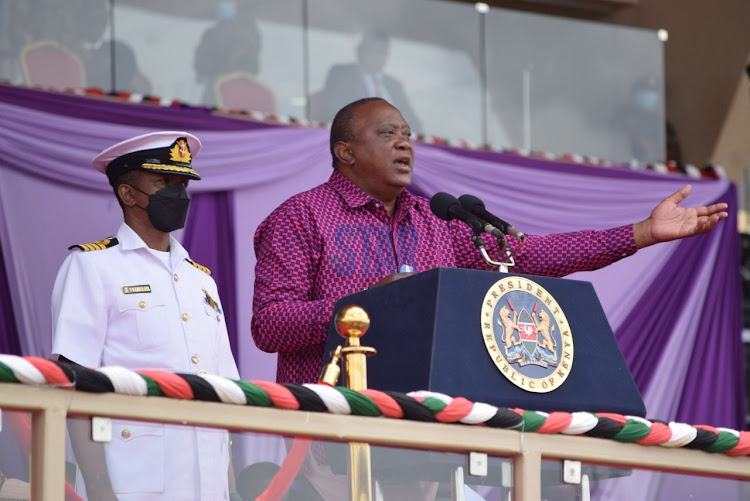 According to Nairobi Regional Commissioner Kang'ethe Thuku, no one will be allowed to access Uhuru Gardens without having a mask on.

"We are urging Kenyans intending to attend the celebrations at Uhuru  Gardens to have their masks on just to be safe, "he said.

The public will have access to Uhuru Gardens from 6:00 am.

It is expected that at least 30,000 people will be in attendance.

It is a sigh of relief to motorists as no roads will be closed tomorrow as Madaraka celebrations take place.

RC Thuko stated that Traffic Police will be stationed to enable a seamless flow of vehicles.

This year’s Madaraka Day celebrations will come 69 days before Kenyans go to the polls to elect Kenya’s fifth president.

It will also be President Uhuru Kenyatta’s last national celebration as the Head of State.

The Kenya Defence Forces, Kenya Police Service, General Service Unit, Administration Police and other security organs are expected to march past the president as is tradition.

Groups from across the country are also set to take the stage to represent diverse cultures with an injection of the urban pop culture from the city performers.

The renovation of Uhuru Gardens has been a project more sentimental to the President who ordered its closure in August 2020.

Since its closure back in August 2020, the garden has been under the military and  Uhuru has been making impromptu visits to the garden to see the progress of the project.

The Star has established that the Head of State has been visiting the area almost every Sunday.

The plan was to set up a government museum of history, a shopping complex, a business complex, a convention centre and a hotel at Uhuru Gardens.

It was first opened in December last year when Jamhuri celebrations were held. Last Saturday, it was opened again during the Kenya Defence Forces (KDF) Museum Air Show Festival which was attended by hundreds of people including President  Uhuru Kenyatta.

It is expected that President  Uhuru will commission a Mashujaa museum at the facility. The state-of-the-art museum is set to act as an archive of Kenya’s history since 1800.

The Kenya Air Force will display both military and civilian aerobatic capabilities.
News
8 months ago