MPs back plan to save 'broke' varsities

The crisis is attributed to a lack of full implementation of the new funding formula.

•Through the Differentiated Unit Cost model, the government funds 40 per cent in varsities.

•The remaining 60 per cent is to be collected from projects, school fees and other internal income-generating procedures. 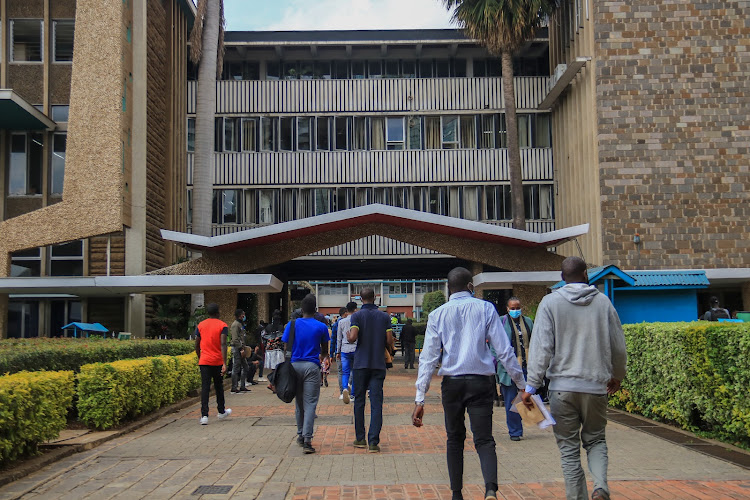 Members of Parliament are considering bailing out financially-crippled public universities whose debts have accrued almost Sh43billion.

A report by the National Assembly budget committee attributed the crisis to a lack of full implementation of the new funding formula.

Through the Differentiated Unit Cost model, the government funds 40 per cent in varsities.

“When this mode is fully implemented, public universities will access resources and address some challenges,” the report said.

The remaining 60 per cent is to be collected from projects, school fees and other internal income-generating procedures.

“This may require a special intervention including consideration of a bailout by government,” the report said.

Lawmakers said the allocation towards varsity projects is always trimmed, hindering their completion.

“The capital projects which are being targeted for 2022/2023 should be guarded against supplementary budget cuts to allow for their completion,” the report said.

The legislators also backed a plan to implement a data system to monitor learners’ progress.

The system will help in identifying students in the school system and those who either deferred or were discontinued.

“There’s a need to have a credible and centralised pool of data for all universities to aid planning and budgeting,” the report said.

The Universities Funding Board was mandated to provide a report on the progress of the system in three months.

The lawmakers urged the higher education subsector to ensure the information is linked with National Education Management Information Systems.

Nemis collects data and information from institutions that help in the effective management of schools.

However, it is not clear how much the board will need to implement the system.

“There is a need to support the funding board to establish the university education information system through resource allocation,” the report said.

As soon as the system is implemented, students who stay in school for more than the prescribed period will be kicked out.

This includes students who keep deferring and de-registered from the school system due to various reasons.

For instance, a student pursuing a degree course will not be in school for more than four years, unless there is a valid reason.

The University of Nairobi was the first institution that dealt with overstayed students.

In 2021, the management targeted at least 32,000 students who continued being in school for more than the required time.

The students were de-registered and courses terminated.

Other universities promised to use internal measures to wipe out the overstayed students.

No reprieve for varsities in 2022-23 budget allocations