Ruto said he also forgives the president for his actions as they are all humans.

•Their discord had played out once again as they graced the National prayer breakfast.

•Ruto has asked for forgiveness for falling short of his expectations. 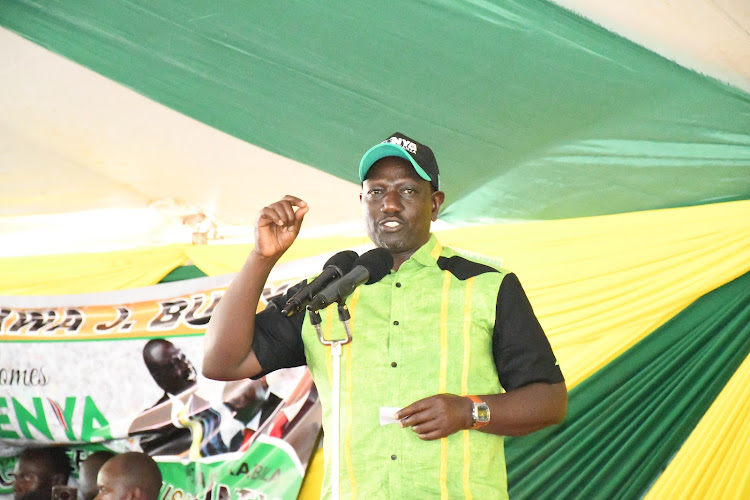 Speaking during the National Prayer Breakfast at Safari Park, Nairobi, Ruto acknowledged he had fallen short of his boss's expectations and said he had also forgiven the president as they are all humans.

"As you head to retirement, it is my prayer that God gives you every aspiration of your heart and makes it possible for you to enjoy the legacy you have built. As a DP, I may have fallen short of my boss's expectations and I ask for forgiveness," Ruto said.

"I have also been hurt by many people and on this prayer breakfast, I forgive everybody, I want us to go into this election free of the debt of hurt."

Uhuru, on the other hand, said he would wish to proceed to retirement peacefully – according to DP William Ruto's prayer- when his term ends in August.

“I do hope the prayers of Ruto come true. I am looking forward to a lot of peace and enjoyment in the years to come,” Uhuru said.

Their discord had played out once again as they graced the National prayer breakfast.

The President who previously shared a table with his deputy and speakers of the National Assembly and Senate sat at a different table.

DP Ruto, on the other hand, shared his table with speakers Kenneth Lusaka and Justin Muturi, who are both members of his Kenya Kwanza Alliance.

The two speakers are the hosts of the national prayer breakfast.