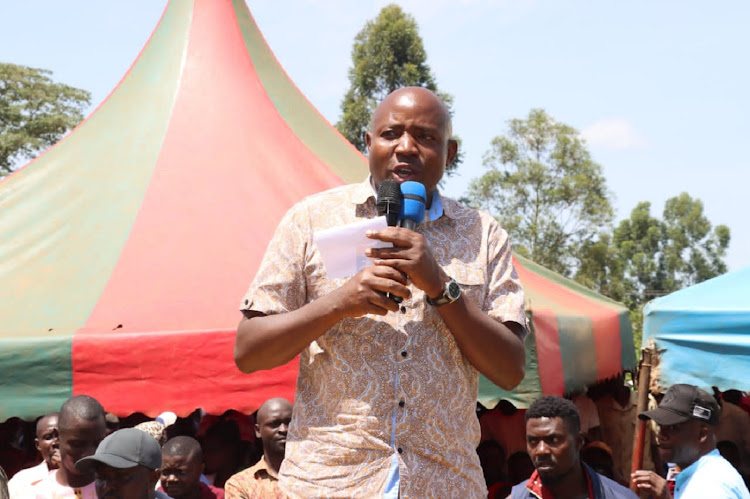 Lugari MP Ayub Savula has asked Deputy President William Ruto to commit publicly in writing that he will accept results, if loses to Azimio's Raila Odinga.

“I respect the DP so much. We want him to go to the DCI headquarters and sign a commitment that he will go home peacefully if defeated,” Savula said at a campaign rally in Bunyala West in Navakholo on Sunday.

He said Raila has been gaining popularity and all indications show he will defeat Ruto by a big margin.

The Lugari MP said picking former Gichugu MP Martha Karua as running mate was a master stroke that will ensure Azimio gets majority votes in Mt Kenya to guarantee a decisive victory.

Savula also asked politicians to ensure peace prevails during and after the August 9 general election.

Savula said politicians should avoid a repeat of the 2007-08 post election violence that led to President Uhuru Kenyatta and his deputy William Ruto being charged at the International Criminal Court.

"Anyone abusing a woman has no respect for his mother, wife and children, is not worthy to be a leader,” Savula said.

Addressing supporters in Narok on Saturday, Raila said that the August poll will be a fight for women and youths.

Savula dropped from the race to succeed Governor Wycliffe Oparanya and instead decided to deputise ODM governor aspirant Fernandez Barasa.

Two-horse race for Kakamega governor after Savula drops out

The aspirants for the posts of senator, MP and MCA say the proposed approach favours ODM.
Counties
1 month ago

Inside ODM, DAP-K plan to lock Kenya Kwanza out of Kakamega

New agreement will see the two parties share power on a 50-50 basis.
Counties
1 month ago
“WATCH: The latest videos from the Star”
by HILTON OTENYO Correspondent, Western Region
News
24 May 2022 - 22:00