They say they were denied participation despite being key players in the sector. 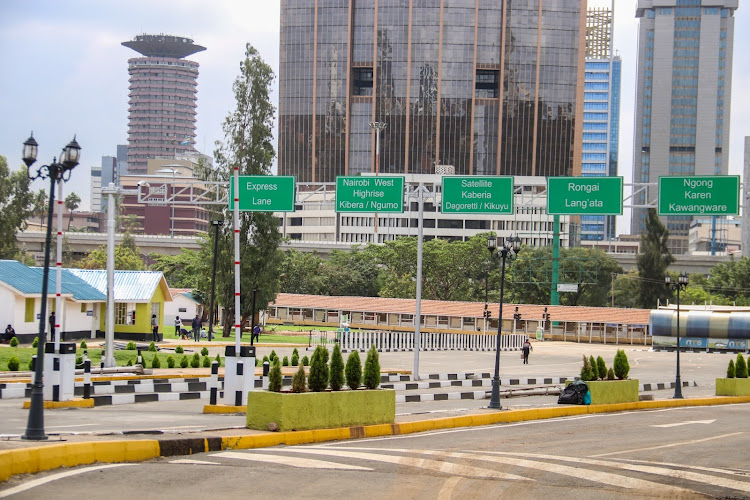 A view of the Green Park terminal which will begin operating next week on Tuesday, May 24, 2022.
Image: WILFRED NYANGERESI

The planned decongestion of the city could face its lowest moment once again this week.

Public Service Vehicle operators on Friday made a U-turn, claiming they were not consulted.

The operators spoke Friday during a consultative workshop at Utalii Hotel.

“This [decongestion plan] will be the last nail in the coffin for some PSVs [because] vehicles belong to individual investors," Matatu Welfare chairman Dickson Mbugua said.

"Under the plan, some vehicles will not be in business as some Saccos will cease operating.”

Mbugua, who is also the Federation of Public Transport Sector secretary, said there is need for proper modality on how the green park will operate.

Mukabana said no serious consultations have taken place, despite the fact that they are the ones involved in the sector.

“When congestion is being addressed, we are the biggest culprit. Green Park is a nice idea but we are denied participation,” Mukabana said.

He also took issue with the introduction of buses to ply CBD by the Kenya Railways without consulting the players.

It was also expected that the removal of PSVs, especially from Kenya Railways, would allow authorities to roll out decongestion plans.

Such plans include the rolling out of the much-awaited Bus Rapid Transit and the new Central Railway Station and Nairobi Railway City.

This comes even as works continue along the Thika Super Highway.

The high-capacity electric buses are expected to reduce the cost of transport as they will be cheaper to operate, attract cheaper financing and reduce the country's carbon footprint.

Thika BRT will share the road with other vehicles, but will have a designated inner lane and will not be separated physically from the general traffic lanes. 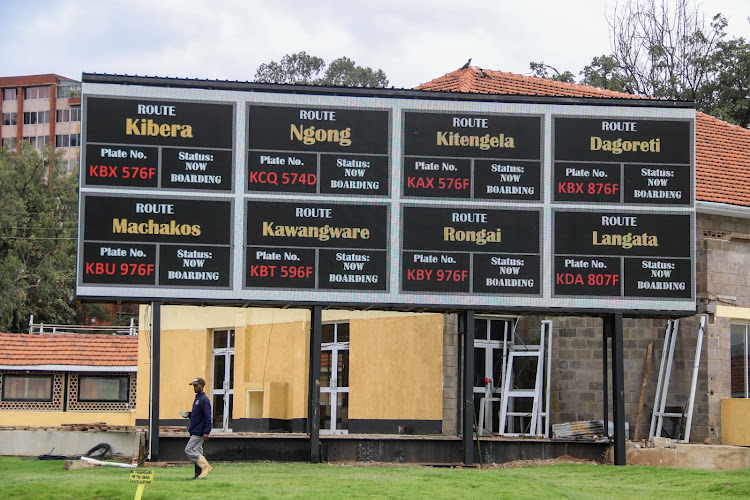 Get to know the newly constructed Green Park terminal

The terminal has a capacity to accommodate 300 to 350 vehicles at any given time.
News
1 month ago

Green Park is among six other termini the NMS is setting up following Uhuru's directive.
InPictures
1 month ago

The new design for the new Central Railway Station and Nairobi Railway City has been completed by Atkins UK and was handed over on Thursday last week to the Kenya Railways and the Ministry of Transport.

UK firms, KPMG and Atkins Global, have been handling the research and design work.

The project is part of the wider Nairobi Railway City redevelopment programme, promoted by President Kenyatta and supported by the UK government.

The highly-publicised park is part of the Nairobi Integrated Urban Development Master Plan that seeks to ensure a reliable and efficient transport system.

The Green Park bus terminus is expected to start operations on Tuesday, according to the Nairobi Metropolitan Services.

In a public notice last week, NMS said matatus plying Ngong Road and Argwings Kodhek will pick up and drop passengers at the terminus.

Those using Langata Road will begin operations at the terminus on May 27.

But even as the decongestion plans attract criticism from PSVs operators, the NMS director for Public works Michael Ochieng’ stood his ground, saying there have been more than 10 consultations with the operators.

“The capacity of the green park is not enough. The park is designed in such a way that it drops and picks up passengers at a given time," Ochieng' said.

"Nobody is allowed to park there. You are only given 20 minutes.”

Ochieng' further said not all the vehicles will be accommodated at the park, adding that the park is however three times bigger than the railway station.

Currently, PSVs are allowed to carry passengers at the CBD to full capacity, causing massive congestion.

The move has allowed illegal groupings to secure stages nearly in all the available spaces within CBD.

Groupings from various Saccos have illegally allocated themselves spaces they formally call “shambas.”

The government believes that the time to remove such groupings has come.

Green Park is among the six termini being set up by NMS following President Uhuru Kenyatta’s directive in March 2020.

The others include Desai, Park Road, Landhies-Muthurwa, Fig Tree terminus and Bunyala-Workshop Road.

A supermarket will be set up and there is a level 2 hospital already operating within the terminus, as well as an ablution block, a police post and sitting bays for commuters.

Matatus using Ngong Road will have a dedicated lane along Uhuru Highway to Kenyatta highway and their destination through Ngong Road without interference.

Those using Langata Road and coming to the CBD will either go through the T-Mall roundabout or Nyayo Stadium.

They will head to the City Mortuary roundabout and join Ngong Road and later take the normal road to Kenya National Library and NHIF area and enter the Green Park through the dedicated lane.

The second alternative is to go to Nyayo Stadium, then turn left and come through Uhuru Highway to Bunyala roundabout where they will turn left and take Lower Hill Road.

From Lower Hill, they will join Haile Selassie Avenue, and turn left for a few metres to get a new U-turn which has been constructed to filter traffic and make another U-turn to the Green Park.

All vehicles using Green Park will have a maximum of 20 minutes to drop off and pick up passengers.

This will limit time to prevent congestion at the terminus.

Only a maximum of three vehicles per Sacco will be allowed at any time.

All vehicles will be electronically captured after NMS installed the CCTVs within and outside the terminal.

While exiting the terminal, a huge billboard will show the vehicle number plate and the route it is plying.

CCTVs installed will also help in securing  and enhancing transparency at the park.

For uniformity, utilisation of Green Park will see the comeback of discipline among the Sacco members.

“Drivers, conductors and route marshals will have badges with names, photos and full uniforms,” the notice said.

A code of conduct for all staff will be introduced, explaining how they will operate and the consequences for those who break the rules.

Every route will be required to have two staff members who will assist in operations.

Vehicles will be expected to be compliant, and meet standards and regulatory requirements.

Touting and repairing matatus within the terminus has been banned.

Last year, NMS conducted at least three test runs to identify challenges and loopholes before opening the terminus to the public.

The first one carried out on April 27, was marred with confusion and frustrations.

The three-hour test run, which started at 6am, was to observe how matatus would drop off commuters at the terminus.

The second one was on May 28, from 3pm to 6pm. This observed the picking up of commuters.

After the second test, NMS said some adjustments in terms of Covid-19 safety measures and the furniture at the terminus had to be done.

The third test run was done on June 17 and was a whole day affair that ran from 5am to 9pm.

A month later, it was announced that the bus terminal will open up for business after NMS called for lease applications.

The entity exempted traders who were operating from the previous Lunar park and people or firms who had previously expressed interest in applying.

Persons with disabilities will get five per cent of the space.

Nothing, though, has been announced concerning the process.

Last September NMS said it had roped in four Chinese-trained engineers to assist in the automation of the terminus.

The engineers were from the Kenya Railways Corporation and had been trained in China on automated traffic management.

The electronic system will be integrated into the terminus to keep matatu users appraised of the time the last-mile buses will be at the different pick-up stages.