Why BCG is the most popular vaccine in Kenya

It gives up to 15 years' protection against tuberculosis

•The BCG jab contains a weakened strain of TB bacteria, which builds up immunity and encourages the body to fight TB if infected with it, without causing TB itself.

•Most Kenyans who have the jab will have a keloid scarring on the left hand side where they were injected. 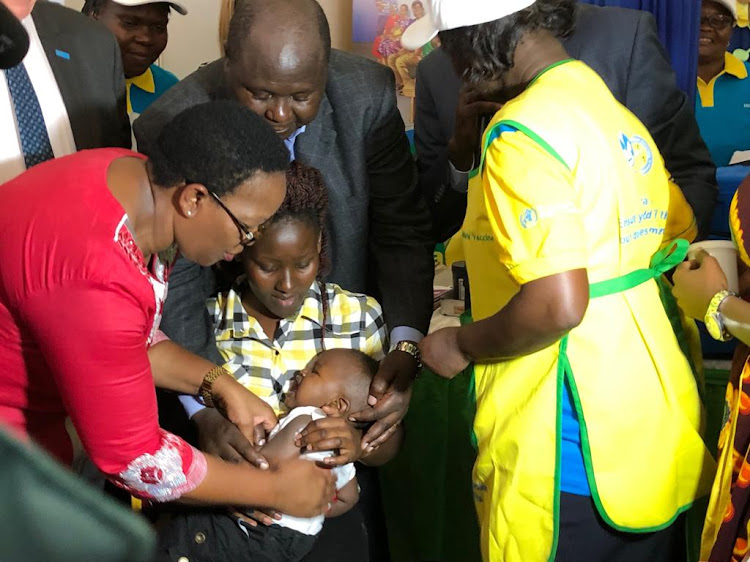 The most popular vaccine in Kenya is the BCG, an injection given to children to prevent tuberculosis, the Ministry of Health says.

It has the highest uptake in Kenya with 93 per cent of all babies already having received the jab, head of immunisation in the Ministry of Health Dr Lucy Mecca said.

The BCG jab contains a weakened strain of TB bacteria, which builds up immunity and encourages the body to fight TB if infected with it, without causing TB itself. The protection can last up to 15 years.

Most Kenyans who have had the jab will have a keloid scarring on the left arm where they were injected.

“At least 93 per cent of all babies have also received the pentavalent vaccine (first dose) to protect against diphtheria, tetanus, whooping cough, hepatitis B and Haemophilus influenzae type B,” Dr Mecca said recently at an event to mark the world immunisation week.

Three doses of pentavalent vaccine are to be administered at six, 10 and 14 weeks of age.

Dr Mecca said only 88 per cent of children have received the full three doses.

At least 86 per cent of targeted children have received the three doses of the oral polio vaccine.

Children should get three doses approximately four weeks apart, at six, 10 and 14 weeks of age.

The jabs prevent measles, mumps, and rubella throughout the children's lives.

Dr Mecca said the HPV vaccine - given to girls to prevent cervical cancer later in life - has the lowest coverage among all childhood vaccines.

The first dose coverage stands at 41 per cent.

“The share of girls aged 10-14 years who have received the second dose is 13 per cent,” she said.

“We are optimistic that these numbers will go up because for us the ideal coverage is at least 75 per cent.”

In Kenya, the human papilloma virus is the number one cause of cancer in women between the ages of 15 and 44, and 5,250 new cases are diagnosed annually.

More than 95 per cent of cervical cancer is caused by sexually transmitted HPV.

HPV vaccines have been in use in the private sector in Kenya since 2006. However, before introduction in public facilities, the ministry first conducted a pilot in 2013–2015 in Kitui county.

The successful uptake of 96 per cent during the pilot was used as an indicator of the country's readiness to roll out the HPV vaccine and incorporate it into the routine immunisation schedule, beginning with 10-year-old girls.