ABOVE ONE PER CENT

•Covid-19 positivity rate has also ticked up to 1 per cent, after being consistently below one per cent in March when restrictions were lifted.

•Ministry officials are also wary they will be forced to destroy more vaccines that will expire unused. 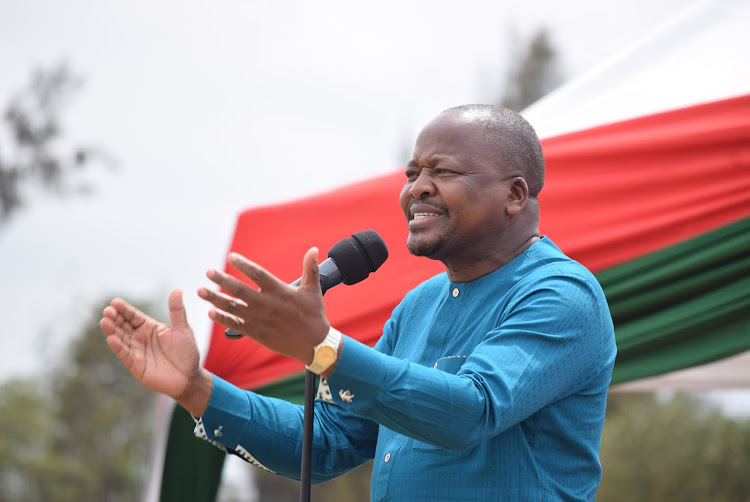 Cases of Covid-19 are slowly rising as the cold season approaches.

At the same time, Covid-19 vaccination has dropped by 95 per cent since March when the government lifted several restrictions, including the mandatory wearing of masks.

The positivity rate hit 1.1 per cent on Tuesday after consistently staying below one per cent since March.

Health Cabinet Secretary Mutahi Kagwe said Kenyans were letting down the ministry, yet it has done everything possible to deliver vaccines everywhere.

“When we look at our daily Covid-19 vaccination rates, we get so perturbed by the failure of our people to do what they must to prepare for the next likely Covid wave,” he said.

Kagwe spoke while receiving vehicles donated by Global Alliance for Vaccines and Immunisation to deliver vaccines to remote areas.

Gavi, is an international organisation created in 2000 to improve access to new and underused vaccines for children living in the world's poorest countries.

According to the ministry, Covid-19 cases could rise during the June-July cold season.

The World Health Organization said that seasonality is not yet fully established for SARS-COV-2, the virus that causes Covid-19.

However, "evidence from the past two years supports the notion of more substantial transmission during the winter season," WHO said in a statement on Tuesday.

"Plans for catch-up to improve primary series coverage and boosting for those at highest risk, [and] campaigns should take seasonality into account."

The Ministry of Health says at the current sluggish rate Kenya will definitely not meet its target of vaccinating 70 per cent of all adults by June. Currently, only 30 per cent of adults have been vaccinated.

“Rates have dropped severely from a daily average of 200,000 to less than 10,000 vaccinations per day, with an adult vaccination coverage of just 30 per cent while other countries are boasting close to 90 per cent coverage,” Kagwe said.

On Wednesday, only 6,978 people were vaccinated countrywide, Kagwe said.

The ministry had targeted 70 per cent of adults with the Covid-19 vaccine by the end of June and 50 per cent of teenagers above 15 years.

“Vaccines are available and should be swiftly deployed to ensure they reach the unvaccinated. It is only when one has completed the schedule that they will reap the full benefits of the vaccine,” Kagwe said.

Ministry officials are also wary they will be forced to destroy more vaccines that will expire unused.

In March at least 840,000 expired doses of AstraZeneca vaccines were destroyed after they expired.

At the time, the ministry said another one million doses of Johnson and Johnson were likely to expire if they remained unused by April 15.

However, vaccine deployment task force head Dr Willis Akhwale did not confirm if these were also destroyed.

At that time, Kagwe said the preference for certain types of vaccines by Kenyans had led to decreased administration of AstraZeneca jabs.

Kenyans appear to have been right because the latest research shows that mRNA vaccines — Pfizer-BioNTech and Moderna — perform better against new variants than viral vector vaccines such as AstraZeneca and Johnson & Johnson.

The results were published two days ago in the Plos One journal.

The vaccination drive last week received a boost with the donation of 21 vehicles to various counties to improve the transportation of all kinds of vaccines to different centres.

The double cabin vehicles were procured by the ministry with support from Gavi.

The logistical support comes after multiple assessments identified weak vaccine transport systems from the regional depot to subcounties as a challenge affecting immunisation initiatives in the country.

The cabs will help both childhood and other types of vaccines.

Data shows coverage varies from county to county, with the lowest recording less than 60 per cent immunisation coverage for all childhood vaccines.

Demand for COVID shots drops in Africa as supply rises

When Africans asked for COVID shots, they didn't get them. Now they don't want them.
News
1 month ago

The poorest and the most marginalized areas are often never reached with vaccines.
News
1 month ago