IEBC to brief aspirants ahead of clearance exercise

Chebukati will be the returning officer for presidential election

In Summary
by JULIUS OTIENO Journalist, Political and Parliamentary Reporter
News
18 May 2022 - 23:00 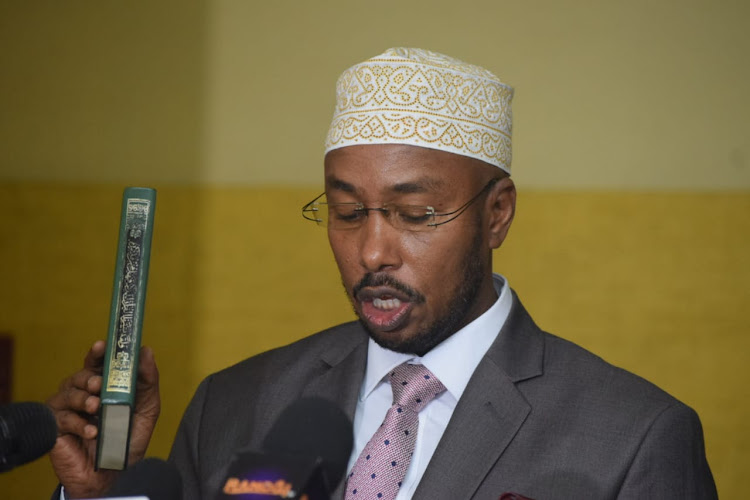 IEBC has started countrywide meetings with all aspirants for the upcoming polls, ahead of a clearance exercise set to begin in 11 days.

The pre-nomination meetings are being conducted by the Independent Electoral and Boundaries Commission’s constituency returning officers across all 290 constituencies.

Chebukati will be the returning officer for presidential election.

“The constituency returning and deputy returning officers shall also be registration assistants, for purposes of verification of the voters register scheduled to be conducted from May 4 to June 2,” the notice reads.

The commission has sent the list of all aspirants to the returning officers ahead of the meetings where aspirants will be briefed on the prerequisites for clearance.

“The returning officers will then invite the aspirants to a pre-nomination meeting,” IEBC chief executive officer Marjan Hussein said.

Hussein said there will be no specific date when the meetings will be held as each returning officer will convene the meetings at the appropriate time, provided they are within the set timelines.

“Once the returning officer has the list of aspirants in his/her electoral area, he or she takes charge and plans a pre-nomination meeting. They may even have more than one meeting,” he said.

According to the general election regulations gazetted by Chebukati on January 20, the clearance of aspirants will be run from May 29 to June 7.

The commission had received the list of thousands of aspirants nominated by parties by April 22 after primaries.

Those seeking to run as independents submitted their names by May 2.

“Candidates intending to participate in the election as independent candidates shall not be members of any registered party by May 2, being at least three months before the general election,” the regulation read.

The commission published the names of 4,738 independents, seeking clearance to participate in the election.

They include 38 aspirants for president, 74 for governor and 108 for senators.

“The dates of such publication in terms of the election timelines was May 13. The commission has sent the list to the government printer and is awaiting publication,” the CEO said.

More than 7,200 independent candidates hope to be on the ballot as they were cleared by the Registrar of Political Parties.

They will present their documents to the commission for clearance to take part in the polls.

Campaigns for the purposes of the election will run immediately after clearance until August 6 – 48 hours to the poll.

“The campaign time shall run from 7am to 6pm during the campaign period,” the notice says.

“Political parties and candidates shall appoint and submit to the commission the names of one constituency tallying center agent and polling station agents on or before Monday, July 25,” the notice said.

IEBC is expected to gazzete names of all successful individuals May 30.
News
1 month ago

IEBC cleared 74 others for the governor seats, 108 for senate seats and 748 for MP seats.
News
1 month ago

Lawyer says threat to bar from election candidates whose parties are non-compliant amounts to collective punishment.
News
1 month ago

Dismisses case by former Senator Njoroge who said date should be pushed forward.
News - Page 8
2 months ago
“WATCH: The latest videos from the Star”
by JULIUS OTIENO Journalist, Political and Parliamentary Reporter
News
18 May 2022 - 23:00