The names of the running mates were submitted to IEBC on Monday.

•Learning from past experiences a number of seasoned politicians settled on the political greenhorns.

•Regional balancing and clan factor in some regions was the compelling reason for some candidates. 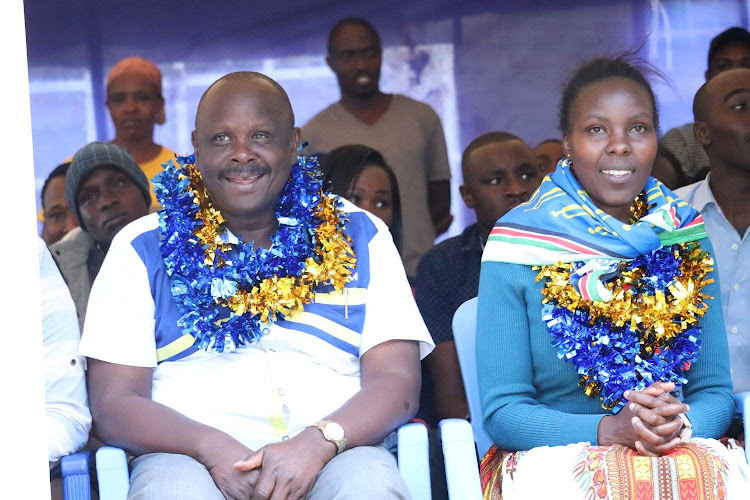 Fears of being outshined and political sideshows in the office played out majorly in the choice of running mates by various gubernatorial candidates across the country.

Independent Electoral and boundaries commission (IEBC) had on April 28 given the Presidential and gubernatorial candidates until May 16 to submit the names of their assistants ahead of the August 9 general election.

While regional balancing and clan factor in some regions was the compelling reason for some candidates as they picked their assistants, it is evident that a majority of them also anchored on age and gender.

Learning from past experiences, a number of seasoned politicians settled on the political greenhorns rather than the political class in what is also seen as a move to take full control of the running of the counties.

Among the counties where differences have been witnessed between governors and their deputies are Kiambu, Bomet, Nyeri, West Pokot, Kisii, Mandera and Kirinyaga.

Other devolved unites are Tharaka Nithi, Laikipia, Isiolo and Muranga.

And with the move taken by the candidates having been received well, it has also never avoided criticism from the public.

“Isaac Rutto wanted someone who will sing to his tune without giving a divergent opinion. Nothing to celebrate as a youth, this is just pure PR…Ask his former deputy governor Stephen Mutai,” said Elisha Korir.

Political analysts opine that for an experienced politician having a running mate of your equal might affect the working relationship hence the move by the candidates to pick youthful assistants since they are ‘easy to manipulate’.

Political expert Javas Bigambo is, however, disputing this narrative saying the selection of a youthful running mate is a peripheral and not a primary factor that informed the decisions of most gubernatorial aspirants.

“It can be a factor because most of those eyeing governor seats see them as not having the political muscle to fight them in office hence their decision to consider for the positions,” Bigambo said. 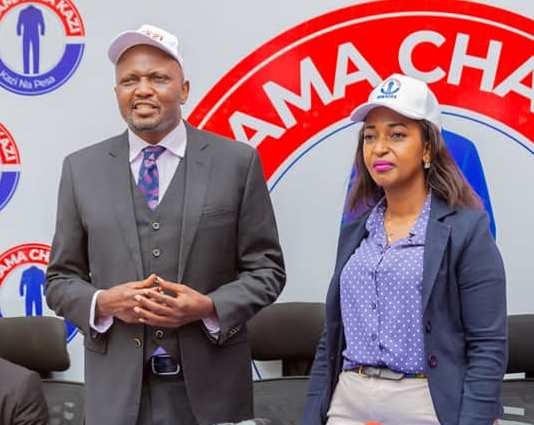 According to Bigambo, clans, technological aspects and political influence considering they form the largest percentage in the country seem to have motivated the candidates to pick the youth.

For several years, the deputy governors have been pushing to have their roles and powers prescribed in law arguing they were at the mercy of their bosses being treated as flower girls and boys.

Defending his stand to pick a youth, Rutto said there was a need to empower them to be part of leadership.

Rutto had troubles with his deputy-Stephen Mutai-during his term over their working relations.

His attempts to have him removed from office, however, went futile and was forced to assign duties to a CEC some key roles the deputy was undertaking.

He said, “I have gone round the county conducting campaigns and the youth out there are telling me to include them in my government...I saw it right for me to pick one of them”.

The former governor stated that this was also one way of giving the future generation a platform to build on their career.

Kabogo who was trounced in the race to recapture the seat in 2017 pointed out that he settled on the candidate after immense consultation and intense scrutiny.

The nominee who was a former CEC in his administration, he added, spearheaded the Kiambu county Uji program, and oversaw the refurbishment of ECDEs and the employment of over 1500 ECDE caregivers.

Nakuru’s Lee Kinyanjui who is defending his seat has dropped his current deputy and submitted Flanciscar Jelagat to be his deputy if he wins.

“As we know a nation that deprives half its population through discriminatory gender engagement is guilty of working against its own interests. Women must be accorded the opportunity to participate in all aspects of nation-building and particularly in leadership,” he said as he unveiled her.

Irungu Kang'ata who is going for the Muranga top job on the UDA ticket has chosen Winnie Mwangi, a former university don and a land economics expert.

“When I was looking for a running mate, I had pledged to pick a professional,” Kang'ata said.

He added that affirmative action affords a platform to prove self but the onus remains with the individual.

Others are George Natembeya who has fielded Philomena Binea and Cleophas Malala of Kakamega who has unveiled Beatrice Inyangala.

"I would like to introduce you to Willis Otieno as my running mate."
News
1 month ago

ODM leader Raila Odinga named Karua as his deputy at KICC on Monday.
News
1 month ago
by FELIX KIPKEMOI Political Reporter
News
18 May 2022 - 21:18