He will now be headed back to the police service months after quitting.

•Owino was to deputise Nicholas Gumbo in the Siaya county governor race until he called it quits.

•He will now be headed back to the police service. 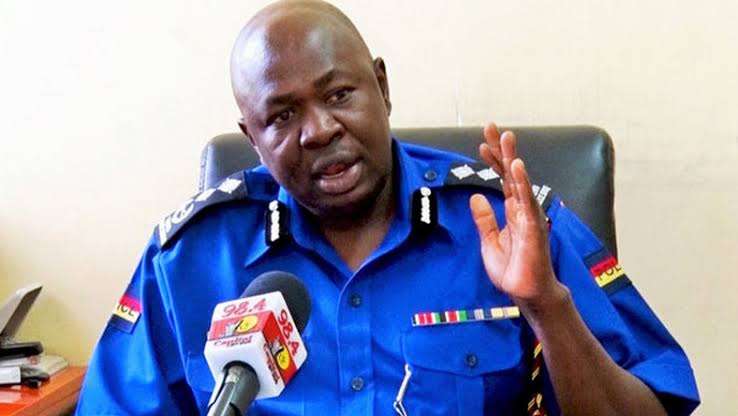 Former Police spokesman Charles Owino has quit the race to be the next deputy governor of Siaya county, the UDM party has confirmed.

UDM Secretary-General David Ohito said Owino had formally informed the party of the decision to quit the race.

“He served the party with the letter to quit the race. Yes, it is true,” he said.

Owino was to deputise Nicholas Gumbo in the Siaya county governor race until he called it quits.

The two were to face off with ODM candidate James Orengo and his running mate William Oduol.

Owino will now be headed back to the police service.

A source in the Gumbo’s campaign told the Star on Wednesday that he had finally ditched their campaign following weeks of speculation.

The source, who requested anonymity, said that plans were underway to replace Owino with the unite Democratic Movement (UDM) Secretary-General.

Attempts to have Owino respond were futile as he did not answer calls.

But speaking to journalists at the Siaya county Independent Electoral and Boundaries Commission (IEBC) offices on Wednesday, Gumbo said he was unaware of such a development.

“I am not aware, you are telling me the news. But if that was to happen then the law is very clear on how to replace him,” Gumbo said.

Gumbo explained that the substantive candidate is not the deputy but the governor.

“The substantive candidate is Engineer Nicholas Gumbo Wajonya, and I am here in person. I would not be here if I had any fears that my name would not be on the ballot," he said.

In a past interview, Gumbo had told the Star that there had been attempts by his political opponents to snatch Owino from him, and back into the police service.

He had said that such malice had hit a snag after it was discovered that Owino had not made any requests to go back to the police service.

This was after, he said, some individuals submitted to the office of the Inspector General of Police Hillary Mutyambai, papers suggesting that Owino wanted to rejoin them.

Gumbo was speaking after a pre-Candidates Registration meeting with the IEBC officials in Siaya, where he and other aspirants had sought assurance on the integrity of the vote.

“Outside here, some people tell us that we will win but they will make sure that we are not announced. How will you deal with such to ensure that the votes count?” Gumbo asked.

Other aspirants also challenged the Siaya County Returning Officer Catherine Bulinda to make it bare that whoever shall win through the ballot shall be announced the winner.

Bulinda assured them that there exists no “system” that will rig anyone out.

She further urged aspirants to employ trustable agents on the election day to keep vigilance so that the votes announced at the polling station can be depended on as the true result of the entire exercise.

His nominee, Oduol, hails from the populous Alego-Usonga constituency .
Counties
1 month ago
by JOSIAH ODANGA and LAMECK BARAZA
News
18 May 2022 - 17:14