• He was appointed as a director for the United Kingdom’s (UK) Department for International Development (DFID) where he was overseeing UK-based activities along the Kenyan Coastline. 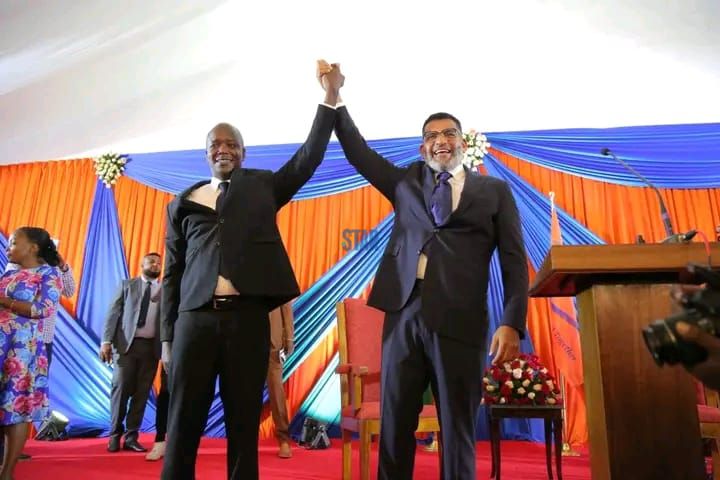 The event took place at the Serani Grounds hall.

Thoya, who served in Mombasa governor Hassan Joho’s administration since 2013, left in February 2019 after he was appointed as a director for the United Kingdom’s (UK) Department for International Development (DFID).

He was overseeing UK-based activities along the Kenyan Coastline.

In 2013, when Joho got into office, Thoya was first appointed as the County Executive in charge of Lands, before he was promoted to the position of County Secretary.

As Joho was planning to defend his seat in the 2017 general election, Thoya was among the people who were being fronted to deputise Joho.

Joho had fallen out with his first deputy governor Hazel Katana then.

Thoya was Joho's choice because is said to be a strong grassroots mobilizer.

However, he felt short-changed when Dr William Kingi, who was a lecturer at the Technical University of Mombasa was picked at the last minute.

Sabaot leaders in Trans Nzoia laud Natembeya for picking woman as running mate
Counties
1 month ago
WATCH: The latest videos from the Star
by ONYANGO OCHIENG
News
17 May 2022 - 12:33