• Waluke said presidential aspirant Nick Kukubo is more courageous than Wetang'ula and Mudavadi because he has stayed on course.

• Waluke said before he ditched UDA and joined Jubilee, he had mobilised the entire Bungoma county to support Kenya Kwanza. 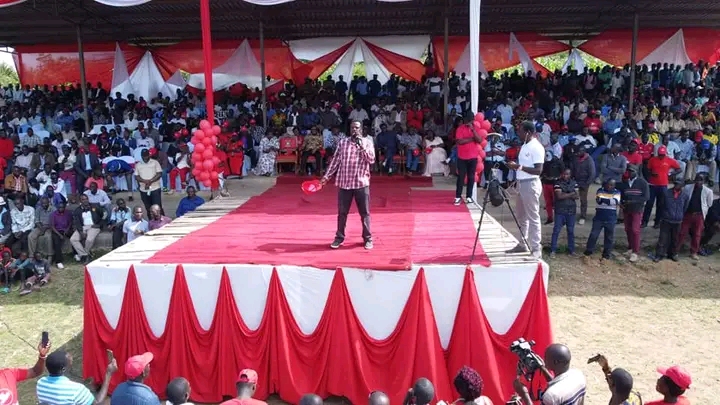 Sirisia MP John Waluke at Mayuba Stadium during launch of his campaigns on May 15, 2022.
Image: TONY WAFULA 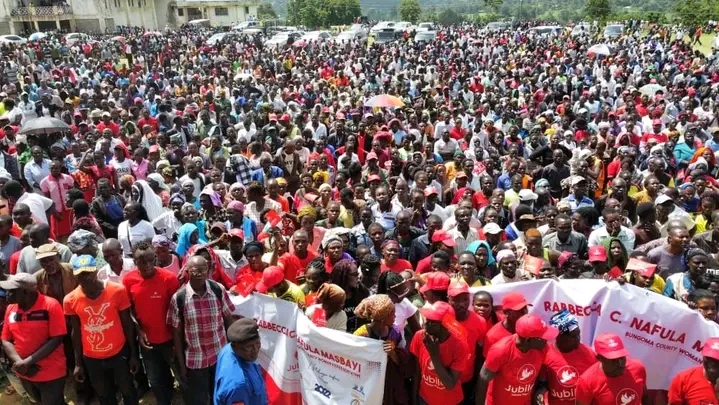 ANC leader Musalia Mudavadi and his Ford Kenya counterpart Moses Wetang'ula are 'cowards and liars' who should be sent into political oblivion, Sirisia MP John Waluke has said.

He said the two lied to the Luhya nation that they would run for the presidency only to shelve their ambitions and join Deputy President William Ruto's bandwagon.

Waluke said presidential aspirant Nick Kukubo is more courageous than Wetang'ula and Mudavadi because he has stayed on course.

"We are going to remove Wetang'ula and Mudavadi from Kenyan politics. We don't want to work with cowards who always let us down, the region needs someone like Kukubo who maintains and fulfils his ambition," he said.

Waluke spoke in Mayuba stadium on Sunday during the launch of his re-election campaign.

He said Senator Wetang'ula is eyeing two positions at the same time – the Senate seat in Bungoma and the National Assembly Speaker's post in the Kenya Kwanza power-sharing deal.

Waluke said before he ditched UDA and joined Jubilee, he had mobilised the entire Bungoma county to support Kenya Kwanza.

"I had really intensified Kenya Kwanza campaigns in Bungoma, but after wide consultations from my political seniors I saw it wise I go back to where my father, President Uhuru Kenyatta, is," he said.

The MP lauded Uhuru for the development he has undertaken in Sirisia constituency.

He said Uhuru gave the constituency a tarmac road from Chwele market in the Kabuchai constituency to Lwakhakha border.

Waluke said the road has improved business in the area.

He said he will soon invite Uhuru to tour Bungoma county so that residents can support Raila Odinga's presidential bid.

"Plans are underway. I want the President and his handshake brother Raila Odinga to come and pay a visit to Bungoma especially in Sirisia," Waluke said.

Coalition took the step after Waluke ditched UDA for Jubilee to defend his seat in the August polls.
6 months ago

He said he wasn’t comfortable working with Wetang’ula in the same outfit.
Counties
7 months ago