Mwangi says those who supply school with firewood are vetted to ensure it is not sourced from forest.

• The school has four energy saving jikos capable of cooking for 360 students.

• Mwangi said cooking is now faster and the health of the cooks has considerably improved as there is no smoke. 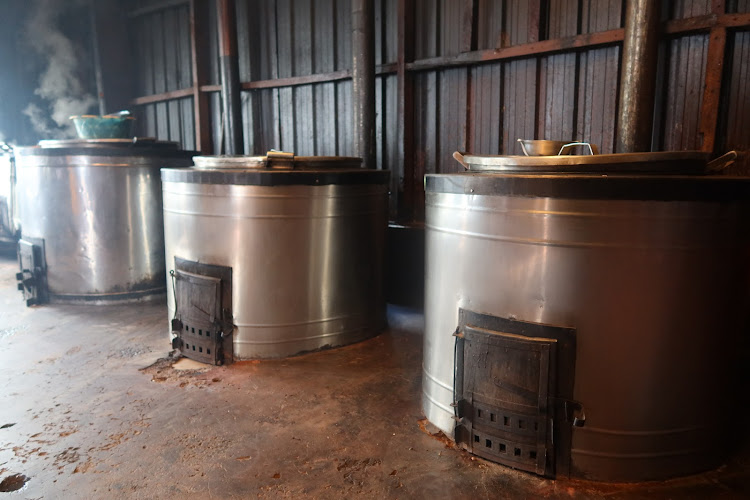 Amboni Secondary School is barely 100 metres from the Aberdare Forest.

Ordinarily, such a school would source firewood for cooking from the forest. But that is not the case.

The institution uses energy saving jikos and ensures the firewood supplier does not source it from the forest.

“We have adopted energy saving jikos to avoid cutting trees. Before we adopted the jikos, we were using eight lorries of firewood per term but this has since reduced to four lorries per term,” principal Grace Mwangi, 52, said.

Mwangi said those who supply firewood to the school are vetted to ensure it is not sourced from the forest.

She said the money saved goes to other needs such as helping the needy.

Last year, six students in the school that has a population of 160 learners, benefited from the cash saved.

Part of the money goes to infrastructure development.

The school has four energy saving jikos capable of cooking for 360 students.

Mwangi said cooking is now faster and the health of the cooks has considerably improved as there is no smoke.

The school also uses the jikos to heat water for students. Temperatures in the area can drop to a low of 10 degrees Celsius, especially in the morning.

Janet Ndung'u, the school matron, said before they got the jikos they would use up to 80 pieces of firewood per day.

The jikos were donated to the school by Rhino Ark in partnership with the Upper Tana Catchment Natural Resources Management Project.

The project is a 10-year initiative (2012-22) funded by the Government of Kenya, the International Fund for Agricultural Development, the Spanish Trust Fund and the local community.

The goal of the project is to contribute to reduction of poverty in rural areas in the Upper Tana River catchment.

The area is densely populated, with large concentrations of poor people, particularly in the mid-altitude zone.

Landholdings are small and diminishing as the population grows, crop yields are low and declining due to fertility depletion and erosion, and rural households are poorly linked to markets and services.

The result has been a reduction of tree cover both in the forest reserve and in the farmlands.

The reduced tree cover, inappropriate land use practices and overgrazing have resulted in increased soil erosion.

The project area, which is the Upper Tana catchment, covers an area of 17,420 km2.

The beneficiary common interest groups will be required to contribute 10-30 per cent while the project will provide matching grants of 70-90 per cent depending on the category.

Grace Nderitu, the Mwerami Focal Development Area chairperson, said some of the economic activities that farmers have benefited from include livestock/ dairy goats, tree tomatoes, arrow roots, and beekeeping.

"Some 1,680 households have been reached under the project, " she said.

Institutions are also given water tanks with a capacity of 10,000 litres.

Farmers have been encouraged to plant trees on their farms, especially fruit trees
Counties
1 month ago

Many attempts had been made to clean it before Michuki took the bull by the horns and had it cleaned
News
3 months ago
“WATCH: The latest videos from the Star”
by GILBERT KOECH News Reporter
News
17 May 2022 - 23:00