by JULIUS OTIENO Journalist, Political and Parliamentary Reporter
News
16 May 2022 - 15:00 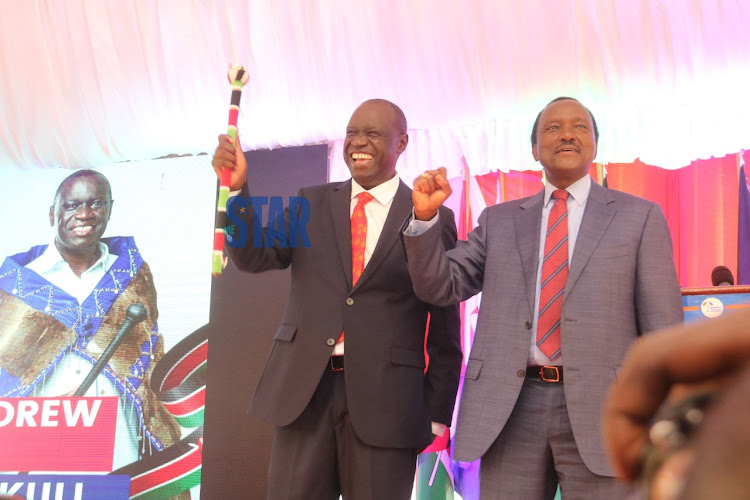 Andrew is not only a teacher, publisher, writer, community worker, and businessman but also a politician who hails from the 'marginalized' Maa community.

Sunkuli is also an author and the chairman of Mara Education Trust.

Andrew Sunkuli has accepted to be Kalonzo Musyoka's running mate, saying he is ready to hit the ground running.

"The answer is yes. With all humility, therefore, I accept the nomination to be running mate of Wiper Democratic Movement " Sunkuli said.

Sunkuli said he did not believe it when he received a phone call from the Wiper supremo to be his running mate.

"I thought we were going for jogging when he called. I am happy that I will be the running mate for my party leader," Sunkuli said.

"I left my livestock unattended to, my senate constituents unattended to. I have not made any formal communication to my campaign team that I am here."

Sources have intimated to the Star that Azimio Panel had said Karua is rated highly for the position.
News
1 month ago
by JULIUS OTIENO Journalist, Political and Parliamentary Reporter
News
16 May 2022 - 15:00