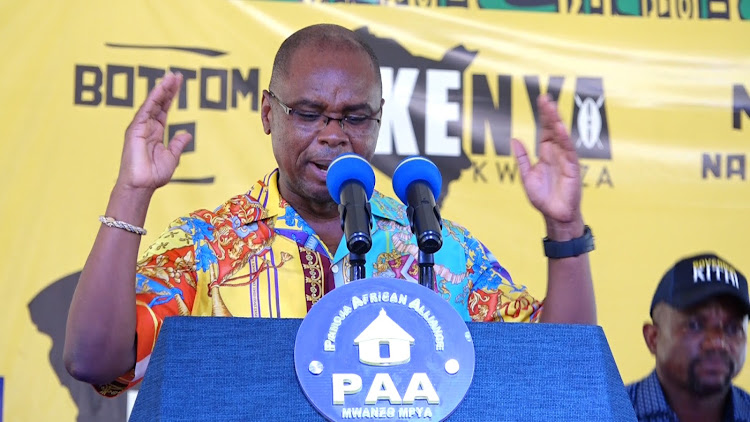 The PAA leader said Azimio refused to sign an agreement with the Coastal people despite frantic efforts to push for a written agreement.

He said they made the decision because they felt not welcomed by the Raila Odinga-led coalition.

“When we formed PAA we came to the grassroots and told you that we were in Azimio,  all our aspirants popularised the party but supported the Azimio presidential aspirant” he said.

Kingi said PAA has joined Kenya Kwanza alliance as partners but not UDA and they will be fielding aspirants from governors to MCAs positions.

He said they joined Kenya Kwanza after signing a written agreement and the document will be circulated in all wards through the county assembly for people to see it.

He rallied residents to vote for Ruto saying they stand to benefit more from his presidency.

“PAA has a seat on Kenya Kwanza coalition table, we are partners, when they say we say, if they stand up, we stand too  and if they roar, we roar ,” he said.

He told Coast residents not to expect anything from Azimio when they if they win because they are not interested in the issues affecting the region.

He criticised the Azimio campaign tour in Kilifi last week, saying they focused more on ‘Kingi’ than giving solutions for the real issues affecting the region.

“This time Coast region has one voice, no votes without an agreement, which you must sign for us to join and this is what we are telling Mzee Raila Amolo Odinga We are not boarding just like Miguna said,” he said.

He said Coast residents are on the national level unlike in previous polls where they had to go through brokers.

He dismissed claims that the Coast is Raila’s political 'bedroom' saying they have rightfully occupied the space.

“This bedroom called Coast is now fully occupied by the rightful owners you are welcomed in the sitting room,” he said.

Raila has been in the region for the last four days and begun his tour in Tana River, Kilifi, Kwale and Mombasa counties.

During his Kilifi tour, Raila accused Kingi of betraying him despite helping him capture power. 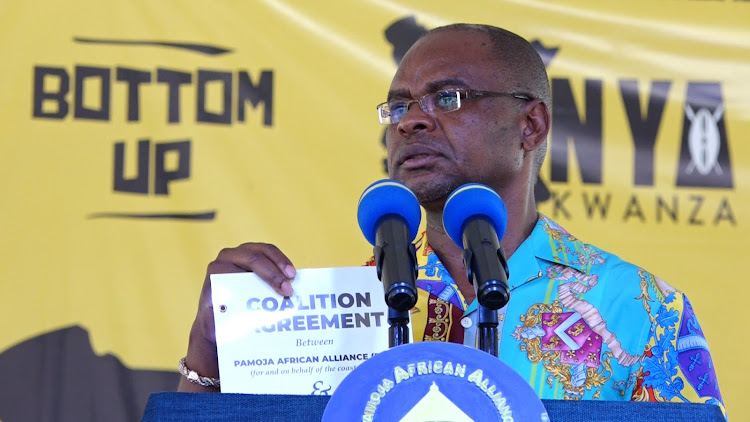