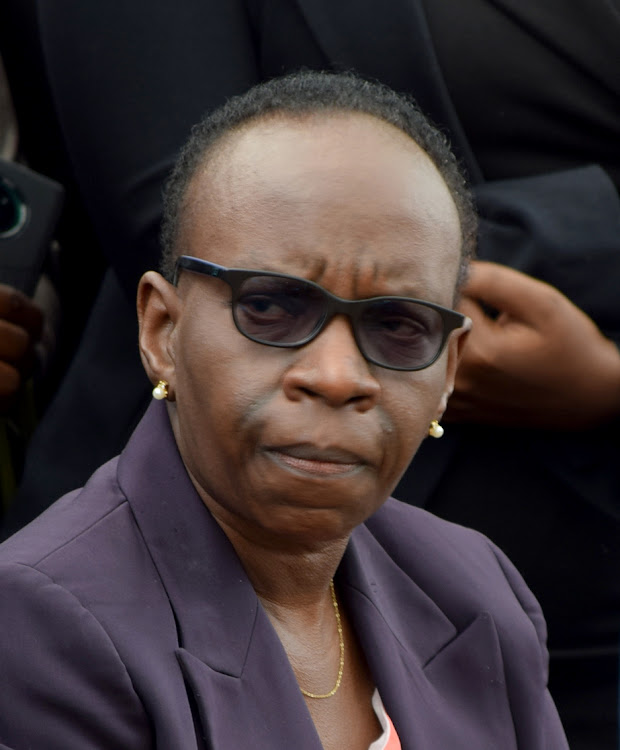 The Teachers Service Commission failed to deduct and remit to the taxman Pay As You Earn amounting to Sh2.2 billion.

A report by the auditor general Nancy Gathungu shows the money was to be deducted from 5,412 TSC staff and 25 members of the commission’s secretariat with a gross pay amounting to Sh2,194,204,393 and Sh12,608,086 respectively.

Gathungu, in the report for the year ended June 30, last year said the commission’s payrolls showed the codes of the 5,437 employees was zero.

This, she said denotes that the individuals are not people with special needs and had not been exempted from paying PAYE.

“Failure to deduct and remit PAYE is contrary to the Income Tax Act CAP 470. Consequently, the management was in breach of the law,” Gathungu said.

Employees with special needs as prescribed under Section 11 (3), of the Persons with Disabilities Act, 2003 are denoted by codes 2-9 under special needs field in the Integrated Payroll and Personnel Database.

PAYE is the mandatory tax levied on all employees' income. The government manages the tax through the Kenya Revenue Authority, which collects the statutory contributions from the employer, before salary and wages are paid to the employee.

The report further said a review of the detailed analysis of the payroll revealed that 32 teachers had an outstanding “salary over-payment” balance amounting to Sh33,780,614.

“However, the repayment period for the recovery of the outstanding amounts is beyond the retirement age of the respective teachers. The recoverability of the balance is therefore doubtful,” Gathungu said.

The report also cited outstanding imprests balance of Sh11 million out of which a balance of Sh1.2 million was owed by eight teachers, who had more than one imprest.

“This contravenes Regulation 93 (4)(b) of the Public Finance Management (National Government) Regulations, 2015, which requires the accounting officer to ensure that the applicant has no outstanding imprests before issuing additional imprests,” it said.

The report further said that during the year under review, the management granted a waiver of Sh621,622 to one of the commission’s tenants due to Covid-19 challenges, which affected his business.

“The tenant was supposed to pay an annual rent of Sh1,896,060 as per the lease agreement but this was reduced to Sh1,274,438. The commission did not provide any evidence of seeking authority from the National Treasury.

“This is contrary to Section 77 of the Public Finance Management Act, 2012 which requires an entity to seek authority from the National Treasury for any waiver or write-off for any amount owing,” the report said.

The report further said some of the staff with outstanding balances had received additional salary advances during the year under review. It said the management did not give any reason for non-recovery of the salary advances.

Gathungu also said there were insurance costs of Sh47.7 million, which includes payment amounting to Sh7 million in respect to compensation under Work Injury Benefits Act 2007.

She said the claims were approved for payment by the Chief Executive Officer in 2018 and 2019 but the claims had not been included as pending bills on the 2019-2020 financial year.

“Further, no documentation was provided to show the approved budget reallocation to support payment. Consequently, the validity of the insurance costs of Sh7 million could not be ascertained,” Gathungu said.

Construction authority on the spot over uncollected Sh2bn levy

The roads agency is also on the spot over huge pending bills.
News
1 month ago

Says no supporting documents were provided for audit review to back the expenditure.
News
2 months ago