• John Wanyoike Kibungi, 24, was arrested in  his hideout at Kirigiti, Kiambu county, on Sunday morning as he prepared to escape.

• Also arrested were two of his associates, Kanaiya Kamau and Brendan Muchiri, who allegedly assisted him in killing the 19-year-old college student and disposing ofher body. 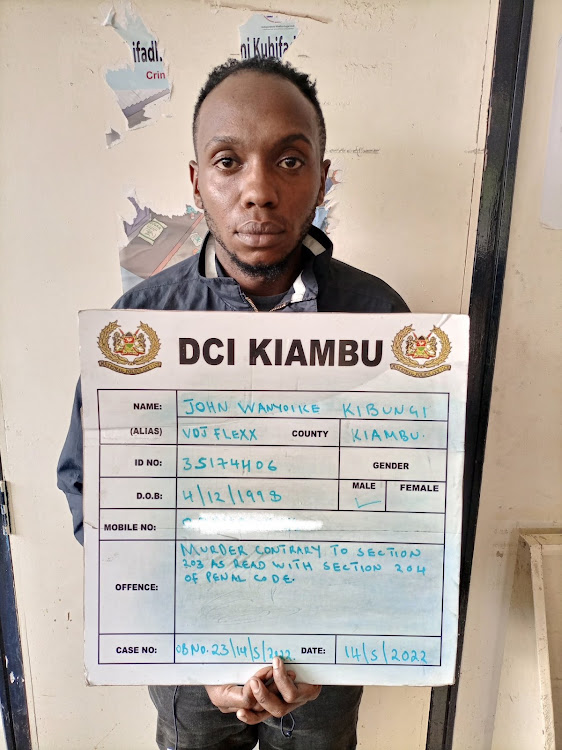 Kiambu police have arrested a suspect allegedly behind the killing of his girlfriend, Institute of Mass Communication student Purity Wangechi.

John Wanyoike Kibungi, 24, was arrested in his hideout at Kirigiti in Kiambu county on Sunday morning as he prepared to escape, police said.

He was arrested alongside two other suspects, Kanaiya Kamau and Brendan Muchiri. The two allegedly assisted Kibungi in murdering the 19-year-old and disposing of her body.

Wangechi’s body was found by a passerby, dumped by the roadside close to Mburiria estate within Kiambu on Saturday morning.

The passerby reported the body to Kiambu detectives at 6am.

The detectives established that the teenager could have been killed elsewhere and her body dumped at the scene.

Police said bloodstained bedding, clothes and her identification documents were among the items recovered.

Wangechi had fallen in love with the killer and they had been in a relationship for sometime before she discovered that he was has an unsavoury history, policeand her friends said.

She confronted him about, it leading to discord.

Police said the arrests followed a manhunt launched on Saturday by a combined team of detectives from the elite Crime Research and Intelligence Bureau and general duty police officers.

During the early morning raid on Sunday, police recovered a vegetable knife that was concealed in Kibungi's waistband. The knife is believed to have been used in stabbing the teenager, police said. 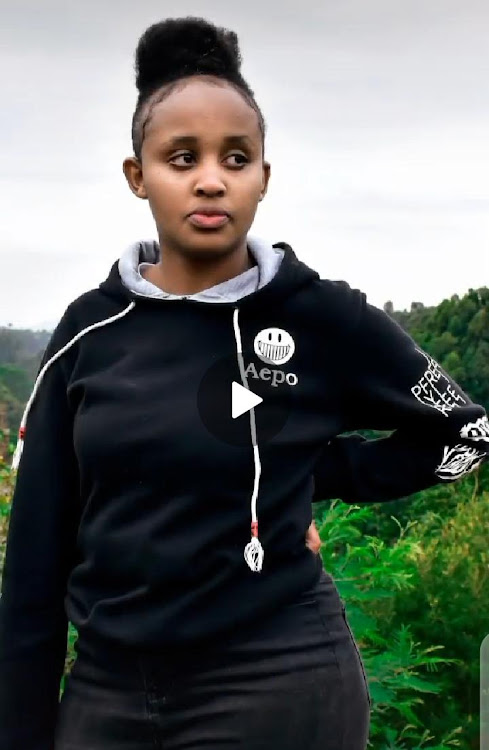 The detectives also discovered the scene of the murder that was preserved for forensic examination by crime scene personnel at the DCI National Forensic Laboratory.

The three suspects were placed in custody in connection with the murder.

Police are finalising their probe before the suspects are arraigned.

Wangeci's body was moved to City Mortuary, pending an autopsy.

Preliminary investigations by crime scene detectives established the student left college on Friday to visit her boyfriend who lives in Kirigiti.

The motive of the murder was not immediately established.

Wangechi's friends said they quarrelled after she confronted him with his background.

The incident happened at Keben Secondary school on Wednesday morning.
News
1 month ago

Muchiri alias ‘Agent’ and Mbatha have since confessed to taking part in the murder.
News
2 months ago
“WATCH: The latest videos from the Star”
by CYRUS OMBATI
News
15 May 2022 - 23:00