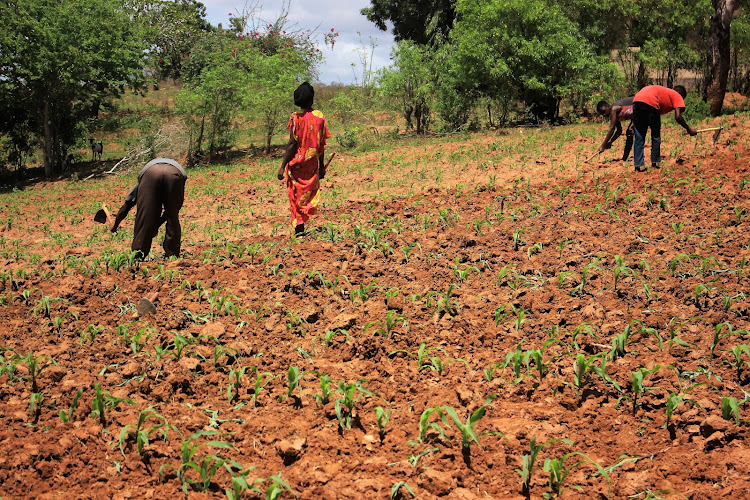 The ongoing rains across the country are expected to cease anytime beginning this week according to a forecast by the Meteorological department.

The weatherman says this season will be the poorest of March-May rains given most areas did not get even half their normal average rainfall.

This means food production is largely expected to dwindle as most farmers rely on rain-fed agriculture.

“Analysis of March-May 2022 seasonal rainfall indicates that all Meteorological stations in the country have so far received depressed rainfall,” head of the meteorological department Stella Aura said in a monthly forecast for May.

“By April 28, the highest amount of 396.7mm (55.7 per cent of March-May long term mean) was recorded in Kisii station. This was followed by Embu,” she added.

Lower Eastern will be the first to go dry, followed by other parts of the country within the next two weeks.  Only Western Kenya and Coast regions are expected to experience rainfall in June.

Aura said Southeastern parts of the country such as Kajiado, Kitui, Makueni, Machakos, Tana River and Taita Taveta will go dry this week.

Next will be Northwestern and Northeastern where rains will cease during the third to fourth week of this month.

“The highlands east of the Rift valley including Nairobi county is likely to experience cessation of the long rains during the third to fourth week of May,” Aura said.

Only the highlands west of the Rift Valley, the Lake Victoria basin, parts of central Rift Valley (Nakuru, Laikipia, Baringo), and the Coastal strip are expected to continue receiving rainfall into June.

Aura noted that even before the cessation dates come, Kenyans should not expect much rain.

Most parts of the country are expected to have dry spells till the month ends.

However, Aura said the rains are adequate for the crops grown in places that have received near-average rains. These are western Kenya, Rift Valley highlands and parts of Central Kenya.

“The below-average rainfall expected over the Coast and parts of the North-eastern may not be sufficient for agricultural practices and regeneration of pasture,” she said.

“Therefore, the current shortage of food, pasture and water for human and livestock use is expected to continue.”

She advised relevant authorities to continue with measures that are already being implemented to avert the loss of lives, livelihood, and livestock.

Currently, the number of people in need of relief food has risen from 3.1 million in February to 3.5 million, according to the National Drought Management Authority.

The NDMA last week said the biting drought has persisted in 17 out of 23 counties.

“This is attributed to the poor performance of the 2021 short rains coupled with the previous two failed consecutive seasons and the late-onset of the 2022 long rains season,” the authority said.

The NDMA said the situation is alarming in eight counties of Marsabit, Mandera, Wajir, Samburu, Isiolo, Baringo, Turkana and Laikipia.

Say the biting drought has persisted in 17 out of 23 counties.
News
6 months ago

Already, 3.5 million Kenyans are in dire need of food.
News
7 months ago

Why rains will be poor, Met explains and revises forecast