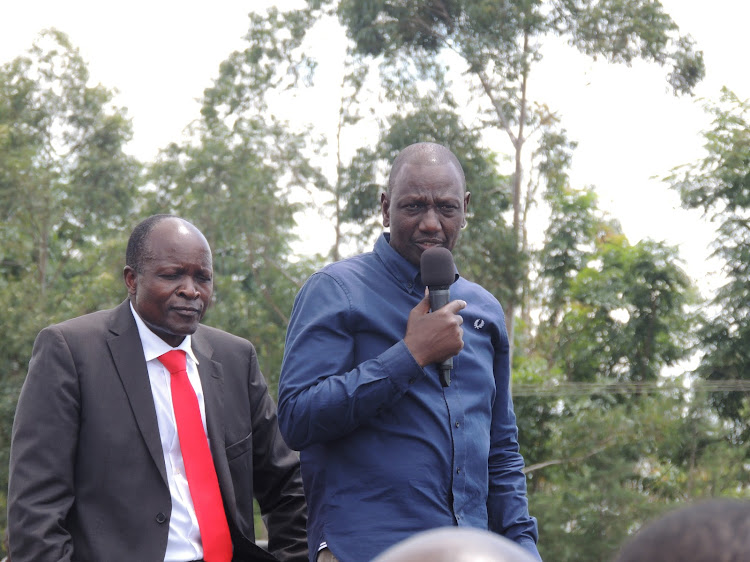 On Sunday while unveiling his deputy, Nyeri MP Rigathi Gachagu, the DP named Obado and former Raila odinga aide Owalo as his campaigners in Nyanza region.

“This is a useless move, Obado is an outgoing governor who has lost all support in Migori. He has no impact in and the move wont change any vote,” Junet told the Star on phone.

Migori ODM chairman Philip Makabong’o said they had “thrown away Obado with the birth water since being he was re-elected for his second term.”

“Obado has been a joker and we started cutting him off immediately he was re-elected. He is a double agent, his constant flip flopping in the past has not shocked us,” Makabong’o said.

Makabong’o said since Obado's case in the alleged murder of Sharon Otieno and his unborn child, and corruption charges made him lost touch with voters.

“To us he is a pariah and for Ruto to pick him openly will make it easier to emove him with his stooges,” Makabong’o said.

His wife, Helen Obado declared interest to vie as a woman representative as an independent candidate.

“A man who could not even convince his own wife to pick the PDP ticket has now been entrusted to convince others to vote for Ruto, that is laughable, he has zero impact,” Makabong’o said.

On May 9, Obado has said he will support Ruto in the August 9 polls, throwing barbs at Raila's ODM.

“On the ground we want Ruto as president, it is the people who have spoken so I don’t want my rivals to come with big shoes and step on me, I am only saying what Migori and the people want,” Obado said.

He said after listening to what Migori voters are saying he was convinced Ruto stands a better chance than Raila.

“I want to assure you that through your support, we will have a hustler as a president. We know his development record and Migori people are safe under his regime,” Obado said.

Obado said Odinga and ODM which did shambolic nominations where candidates were awarded tickets in Nairobi .

How Kenya Kwanza plans to campaign ahead of August polls

There will be no zoning in the Kenya Kwanza campaigns.
News
1 month ago

The governor urges residents not to elect those who were handed direct tickets.
Counties
1 month ago
“WATCH: The latest videos from the Star”
by MANUEL ODENY
News
15 May 2022 - 23:00