All PAA candidates will be on the ballot - Kithi

There were fears that some candidates would be asked to drop their bids for UDA candidates.

• Kilifi gubernatorial aspirant George Kithi assured aspirants that no candidates will be asked to drop their bid for another. 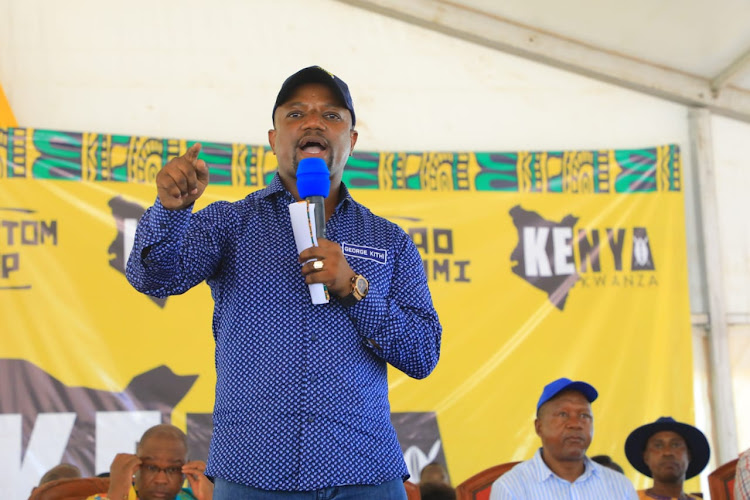 Kilifi Governor Amason Kingi led Pamoja African Alliance party has assured voters that all its aspirants will be on the ballot, come the August 9.

The assurance came in the wake of panic among candidates after its decision to team up with Kenya Kwanza Alliance led by Deputy President William Ruto, after ditching Raila Odinga’s Azimio coalition.

Speaking during a PAA delegates conference, Kilifi gubernatorial aspirant George Kithi told aspirants that no candidates will be asked to drop their bid for another.

“For all the candidates on a PAA ticket, I want to tell you that all of you will be on the ballot on August 9. For those who have had any doubts, take my word as a lawyer that the battle is still on," Kithi stated.

Kithi is the candidate fronted by Governor Kingi.

The delegates meeting was presided over by party leader Amason Kingi. Kingi is serving his second and final term.

Despite PAA and UDA belonging to the same coalition, Kithi said the race for the governor’s seat remained unchanged, as he urged party supporters to rally behind him and PAA candidates in the coming election. 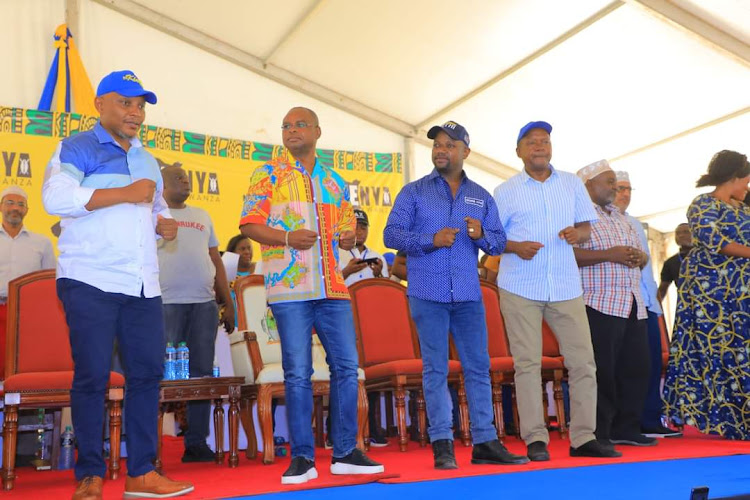 The leaders took a swipe at ODM leader Raila Odinga for attacking Governor Kingi over PAA’s move to Kenya Kwanza.

Raila who has been on a tour of the Coast region had publicly condemned the move by PAA to ditch Azimio for Kenya Kwanza.

“Governments are formed through political parties. People join them and use them to organise themselves politically. That is what in happening with ODM in Nyanza, UDA in Rift Valley and Wiper in Ukambani. For Coast region, we have decided to organise ourselves through PAA,” Kithi said.

The leaders maintained that it was only through a party of their own that coast residents would successfully lobby for a piece of the national development cake just like all the other regions were doing.

Kingi denied that Raila made him what he is today.
News
1 week ago

Kingi defended his support to Deputy President William Ruto saying it because of the region.
InPictures
1 week ago
WATCH: The latest videos from the Star
by STAR REPORTER The Star
News
14 May 2022 - 19:35