KPLC regional manager says they have been having challenges due to the ageing network, corrosive environment 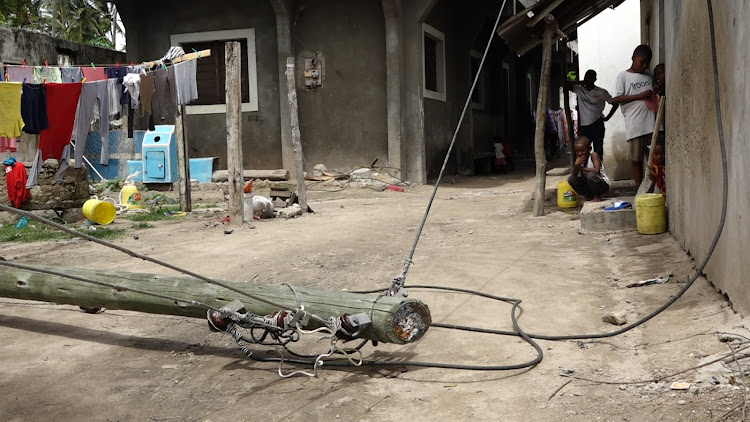 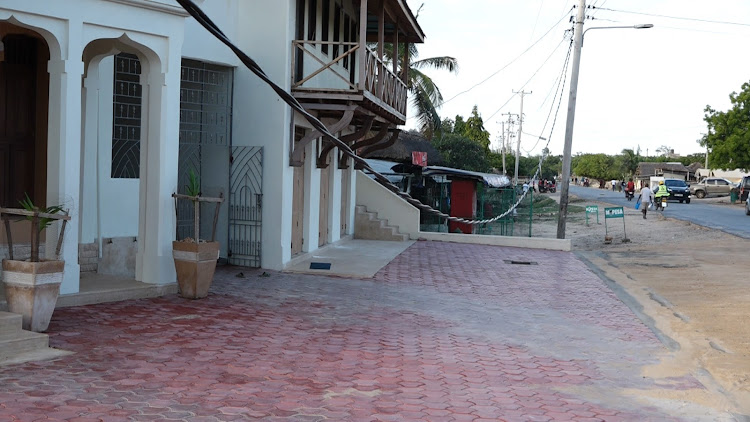 A Power line which is very low at Jiwe Leupe and along the busy tourist road leading to world class hotels in Watamu Kilifi County
Image: ALPHONCE GARI

Frequent power blackouts in Watamu are tainting the image of the renown tourist destination.

A two-day tour of the town revealed poles with live wires lying down on streets as children played right next, unaware of the danger.

Hospitals, hotel, businesses and households suffer perennial power outages, despite having a 33/11KV substation at the heart of the town.

Residents accuse the Kenya Power and Lighting company of negligence and lack of a proper emergency response unit.

Two years ago, they formed a WhatsApp group and added KPLC officials for easy reporting of blackouts, fallen poles, or transformer explosions but it has bore no fruits.

Mahmoud Said, a resident of Watamu village, is one of those affected with a pole next to his home having fallen.

“Keeping children from playing near the fallen pole is almost impossible because they don't realise the danger that lurks, we appeal for an emergency response.”

He said when such emergencies occur it is better for the KPLC officials to disconnect the power and avert disasters from the live wires.

Mama Don from Turtle Bay has a foster family of 19 children. She says the children cannot study at night, go to the toilet in darkness or wake up at 5am to prepare to go to school.

She says her home has an old generator but the costs of running it are high, forcing them to bear the darkness during the blackouts.

“The power outages have worsened over the last 10 years. We tried to get the generator on but it's ageing. We also lack the capacity to restore the fallen line and get power back.”

Mama Don said they report each incident on the app but don't get any response, adding that sometimes the local team assists but with very minimal results.

Watamu is a renowned global tourism destination that attracts thousands of tourists both local and international each year due to its fine beaches, nearness to the parks, and hospitality of the local people.

Located in Kilifi county near Malindi town, Watamu is home to some of the best resorts in the world with multi-billion shilling tourism investments and an ever-rising population that has hit more than 10,000 people.

Its popularity is however diminishing slowly following increased reports of power blackouts and a lack of proper emergency response unit from Kenya and Power company. 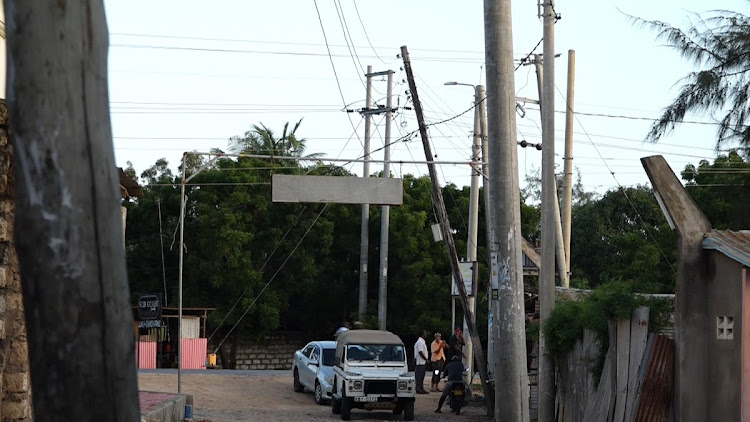 During a recent visit to Watamu village which houses hundreds of households owned by both locals and foreigners, the residents told the Star they are living in death traps due to the dangers of the frequent power blackouts, emergencies such as poles falling, and transformers explosions.

With the inconveniences brought about by the outages, some residents have tried to find alternative source of power but say it is expensive.

Jaap Krijger who owns Tannes Tavern restaurant at Dongokundu area Watamu says he has been forced to get a generator because the constant outages are affecting his business. This he says is costing him Sh2,000 per day.

He said in the next two weeks he will be spending Sh800,000 to install solar energy to end the power issues.

His average power bill was Sh30,000 but due to the alternative energy expenses, Krijger spends an extra Sh20,000 for the generator.

“The other day when we had a long weekend we had an outage for 48 hours, this is not the way to go, the losses incurred in the two days is a lot, we need stable, clean and constant power,” he said.

At Watamu Hospital, Dr Eugene Erulu the proprietor of the facility, said they have been experiencing a big problem of blackouts over the last few months.

“We have had many blackouts and sometimes this may last up to 24 or 36 hours. This being a hospital it’s been very difficult to run it because we have vaccines which are important to the patients and have to be kept at a certain temperature. This then forces us to use a generator which is very expensive to run,” he said.

To run the generator, Erulu said he has to part with Sh4,000 per day an extra cost that is affecting the business earnings but one that has to be incurred to make sure the vaccines are not destroyed.

Erulu said the problem needs to be addressed with the seriousness it deserves because the local office in Malindi is not helping them.

“My appeal to KPLC is to get dedicated staff and ensure they live within Watamu so that they respond to the emergencies faster as this outages happen every other day, you cannot go for two days without a blackout,” he said.

But as the residents accuse the power firm of laxity, Kenya Power And Lighting Company regional manager in charge of Coast Hicks Waswa said they have been having challenges due to the aging network, corrosive environment, windy, and rains of late.

He said they are able to respond to call-out cases and called upon residents to call the authorities for action to be taken.

“In the long term, preventive maintenance is our focus. A lot of live-line maintenance. Please feel free to share with me any outstanding challenges,” he said via a WhatApp message.

Waswa however said they have no plans to send an emergency team permanently to Watamu as they are operating from Malindi. An electricity pole erected inside a popular drinking joint in Watamu which has makuti roof and not very far from the Watamu KPLC substation
Image: image: ALPHONCE GARI

Watamu being a tourist city has many businesses along the roads which depend on power for their survival,  while along the road, one can spot  power lines lying low while other wooden poles are nearly falling down.

A case in point is a cement pole we found installed inside a building with a makuti roofing that houses a popular drinking joint and this is 100 metres from the KPLC substation.

This is in Jiwe Leupe area which is along the road that links to renown resorts, which is used by tourists to access hotels such as Ocean sports, Hemingways, Medina Palms, Turtle Bay, Temple Point among others leave alone the hundreds of villas, residential and businesses.

This means tourists are able to see the danger while on their way to their hotels or villas and to make it worse find rooms dark due to blackouts.

Residents say they have somehow gotten accustomed to the blackouts but for tourists, it’s a nightmare, particularly those who book in accommodation places that have no backup power.

Near Abdalla Mohamed's home in Jiwe Leupe are low lying electric wires  just by the roadside and a transformer fitted in poles that are falling down endangering lives.

“The power blackout is witnessed daily, one area or other will not have electricity. For example, since the rains started, every day there are poles which are falling down while others burn. More than half of Watamu does not get power for hours and this happens on a daily,” he said.

Watamu, he said has a population of more than 10,000 people and called on authorities to dispatch a permanent emergency team.

Mohamed said some tourists are unhappy about the situation and others are canceling their bookings because of the power problem.

“Guests come to the hotel and when there is no power they are subjected to generator noise, some come here to rest but it becomes impossible because of all this challenges,” he said.

He said fish storage is also affected as when there is no electricity, they get bad and business people incur losses.

Mukhtar Mohamed, a businessman from Timboni, said some of their equipment particularly electronics like computers, were spoilt and have to be disposed of because of the power outage.

“We would urge the authorities to come up with a permanent solution or come clear if it’s impossible to supply us with constant power, we look for other solutions,” he said.

Swaleh Salim Mbarak from Timboni said the problem is affecting them despite being told there is a three-phase project in Kakuyuni.

He said they pay tokens and do not get power yet KPLC vehicles are seen all over the town.

“If you call them they say technicians will will come after a half an hour  but we rarely see them. We urge the government to intervene so that operations get back to normal,” he said. 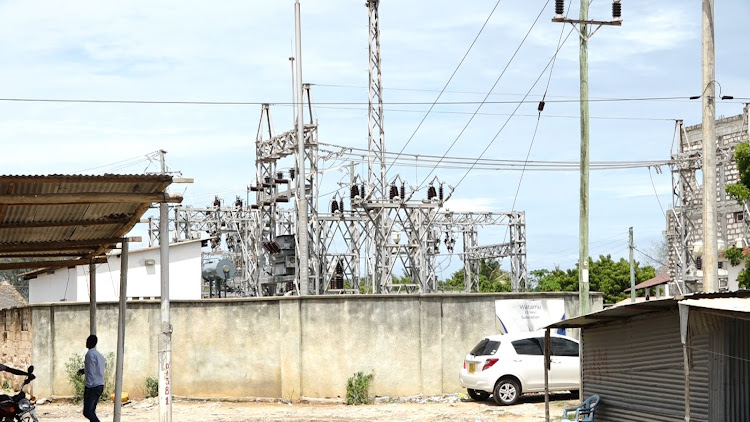 Kenya Power and Lighting Company substation in Watamu which is the main supplier of electricity to the resort town
Image: ALPHONCE GARI

They say most wooden electricity poles are in poor condition, risking the lives of dozens.
Counties
1 week ago
“WATCH: The latest videos from the Star”
by ALPHONCE GARI Correspondent, Coast Region
News
13 May 2022 - 22:00