•They said the CS has shown open, flagrant and shameless association and promotion of one political coalition and its presidential candidate.

•The clerk, within seven days, reviews the petition to ascertain if it meets the requirements of the Standing Orders and the Act. 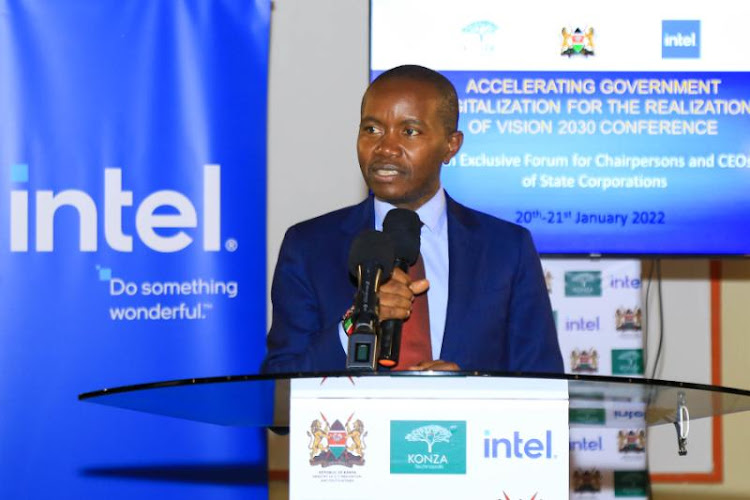 Three Nairobi residents have petitioned Parliament to impeach ICT Cabinet Secretary Joe Mucheru over alleged violation of the Constitution and Elections Act through his involvement in politics.

In a petition addressed to the clerk of the National Assembly, John Wangai, Muhia Kagwi and lawyer Kevin Kiarie said the CS has shown open, flagrant and shameless association and promotion of one political coalition and its presidential candidate.

“There is a tendency by senior government officials purporting to assume the roles and positions intended to influence the outcome of the August 9 general election,” the petition reads in part.

They pointed out Constitution provides that national values and principles of governance bind all state organs, public and state officers and all persons whenever they enact, apply or interpret the law.

Noting the action by Mucheru was likely to trigger tension, the petitioners argued that it also amounts to impunity, circumvention of the rule of law and subversion of democracy.

“It is an illegality and irregularity amounting to breach, violation and infringement of the Constitution, the election laws and all other enabling provisions of the law,” the petition further reads.

They quoted the recent verbal statement by the CS during an event in Nairobi attended by among others ODM leader Raila Odinga where he was heard, “Some of us are there to ensure we have free fair elections making sure systems and everything are working.”

“We are working closely with Baba to ensure that this is the case and we have been looking and seeing the information we are on the right track…Baba, we are together and we are following you, you have given us the assignment, we are doing all that, we are not sleeping.”

The move by the trio comes after Deputy President William Ruto’s UDA party slammed the CS over the remark.

The outfit claimed there were plans to rig the August 9 polls in favour of Azimio’s Raila Odinga going by the reckless sentiments made by the cabinet secretary.

“Of concern to us is the critical role the Ministry of ICT plays in supervising and overseeing the Communication Authority of Kenya,” Ruto’s presidential secretariat said in a statement.

Mucheru has, however, dismissed the claims Ruto’s camp was afraid of losing the election and that being a state officer it was within his right to support Odinga.

“None of us is in IEBC, it is an independent institution; if they are going to investigate it should be the office of the DP which has so much more reasons than me to say I can influence the election,” the CS said.

He added, “For networks, IEBC gets it from the telecom operators and for broadcast, it is for the media. I don't know where this idea is coming from and I do not even expect IEBC to question me about it, these are just political games.”

The activists noted that they have enough grounds to initiate impeachment proceedings against the CS.

Upon receipt of the petition, the clerk within seven days reviews it to ascertain if it meets the requirements of the Standing Orders and the Act.

Where the clerk finds it meets the threshold, he forwards it to the Speaker to authorize its conveyance to the House before being published as Notices in the Order paper before being referred to the relevant committee.

UDA said CSs must be neutral or resign and become official ODM agents.
News
2 weeks ago

HERMAN MANYORA: Show me rigging claimant, I show you loser

No election has been held where people don’t talk about rigging – even in the United States.
News
2 weeks ago
“WATCH: The latest videos from the Star”
by FELIX KIPKEMOI Correspondent, Rift Valley Region
News
13 May 2022 - 15:46