COFEK had cautioned consumers that Indomie contains chemicals that could be harmful to health.

•Njiraini said that the Indomie retailed in  Kenyan stores is manufactured locally.

•He explained that the manufacturer only bought rights to use the franchise. 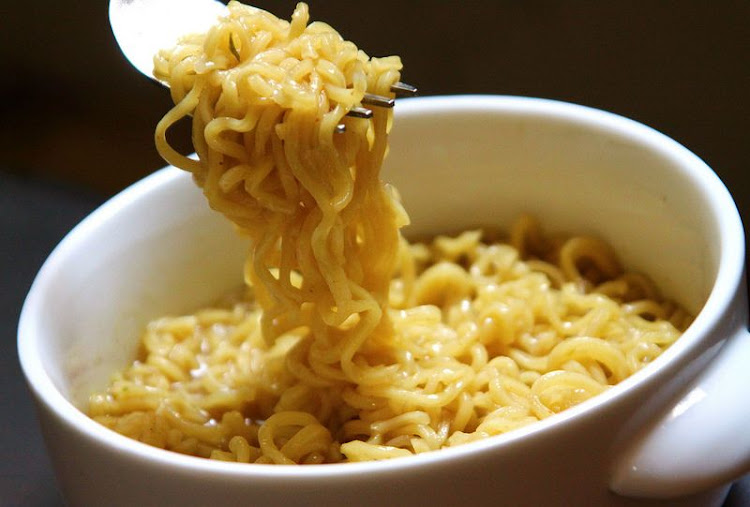 Following the ban on Indomie in Egypt and Rwanda, the Kenya Bureau of Standards (KEBS) has said there is no cause for alarm if the results of its preliminary investigations are anything to go by.

Kebs statement comes one week after the product was withdrawn from Rwanda and Egypt markets over contamination reports.

“Preliminary investigations show there are no excess aflatoxins beyond the 10 ppb that is required of the standard,” said KEBS Managing Director Benard Njiraini.

The Consumer Federation of Kenya (COFEK) had cautioned Kenyan consumers that Indomie contains chemicals that could be harmful to human health.

It had further warned that the imported toxic Indomie on the shelves could be containing aflatoxins.

But in an interview with Citizen TV,  Njiraini stated that preliminary results of tests carried out on samples had no indication of any poisonous substance that would harm Kenyans.

Additionally, he said that the aflatoxin level in the products was within the recommended limits and thus did not pose any risk to consumers.

"There are no aflatoxins beyond the 10 parts-per-billion (ppb) that is required of the standard," Njiraini added.

Njiraini said that the Indomie retailed in  Kenyan stores is manufactured locally and not imported from Egypt, the country that first raised the alarm on the product.

He explained that the manufacturer only bought rights to use the franchise.

"We did not import any product from Egypt. However, we have a local manufacturer of Indomie. The trademark could be a franchise but the company producing this material is sourcing the material from locals while importing some of the ingredients," he noted.

KEBS Head of Testing Division, Tom Oduor, explained that the biochemistry lab had taken samples from across the country for analysis. The products were to be tested for aflatoxin levels and pesticide residue.

The consumer rights lobby says some imported Indomie could be containing aflatoxin.
News
2 weeks ago

You may choose to boil, fry or scramble the eggs.
Sasa
5 months ago

BBC reported that 63 individuals, including young children, have fallen ill.
News
1 month ago
WATCH: The latest videos from the Star
by PURITY WANGUI
News
13 May 2022 - 12:24