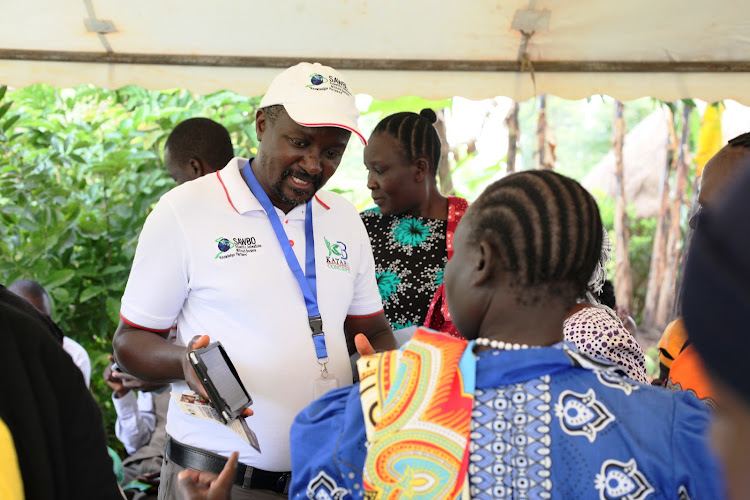 Albert Einstein once said a ship is always safe at the shore but that is not what it is built for.

After brief stints in employment and politics, he decided to blend his passion in farming with his computer skills to earn a living.

Kataru uses his Kataru concept blog to disseminate educative content in form of animated videos that are translated into local languages to help farmers understand concepts and increase food production.

The videos are between two to five minutes. In Kenya, they have been translated into a number of local languages and dialects like Luo, Kikuyu and Wanga.

"They are meant to ensure the semi-literate and illiterate people understand the basic concepts to improve their farming,” Kataru says.

The farmers get the videos for free. They explain simple processes like preparing compost, post-harvest loss management, drip irrigation and preparing seed beds.

“I use my networks to circulate these animation videos on WhatsApp groups, Facebook, Twitter and websites targeting groups, institutions and individuals,” said the father of six. 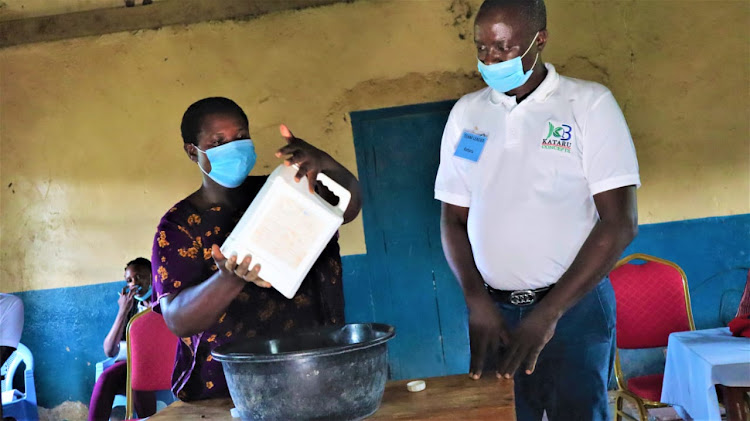 Having engaged in political blogging in the lead up to 2017 election, Kataru now advocates for development blogging.

Kataru is a Diploma holder in Computer Systems Analysis, Design and Programming, however he largely earns a living from farming after his hopes for a good job diminished.

After college in 1996, Kataru was employed by the now collapsed Mumias Sugar Company as a data entry clerk on a two year contract.

When his contract ended, he chose to stop the job hunting missions and return home to practice farming.

As he did farming, he also engaged in website development on the sidelines to raise money for his farming activities.

In 2004, Kataru was employed on a three-year contract as a manager by the International Children’s Mission.

The contract couldn’t be extended again and he returned to farming and website development until 2013, when he tried his hand in politics.

He unsuccessfully contested for the East Wanga MCA seat on Jubilee ticket.

“In addition to the loss, I was also left with huge financial obligations and a family to take care of,” Kataru said.

That is when he started developing websites largely for hotels, schools, government hospitals and private businesses.

“Being the seventh born in a family of ten, I learned to struggle and create my space from an early age,” the blogger said.

Kataru says he was brought up in a polygamous family, his father was a primary school teacher, a leading famer, and a farmers rights defender.

"My family was largely involved in mixed farming as the main economic activity. My father grew sugarcane, maize, beans, lots of groundnuts and did dairy farming," he said.

Kataru's father Wilson Augustin Kamuye, now deceased, was awarded two trophies and a wheelbarrow in 1983 by former president Mwai Kibaki who was then the vice president.

This was after his dad emerged best farmer in Western Kenya.

In the build-up to the 2017 election, Kataru was appointed by the Jubilee Party as the deputy chair in charge of strategy, Kakamega county.

In 2016, the ruling coalition had also appointed him as the secretary general to one of the party's grassroots political mobilisation vehicles in  Kakamega, Vihiga, Bungoma, Busia and Trans-Nzoia counties.

Kataru said he went into politics because it flows in his blood. His father had been actively involved in sugar politics in the leadership of the defunct Mumias Outgrowers Company.

After the 2017 general election, which Jubilee won, he said all promises made to the bloggers were rubbished, forcing him to turn away from political blogging to community development blogging.

It was then that his former computer student introduced him to Scientific Animations Without Borders, which is engaged in community development.

The organisation, which focuses on health, agriculture, women empowerment and social justice contracted him as a knowledge partner in digital content development, management and dissemination.

“I returned to blogging, this time disseminating development information not politics because I was disappointed by politicians," Kataru said. 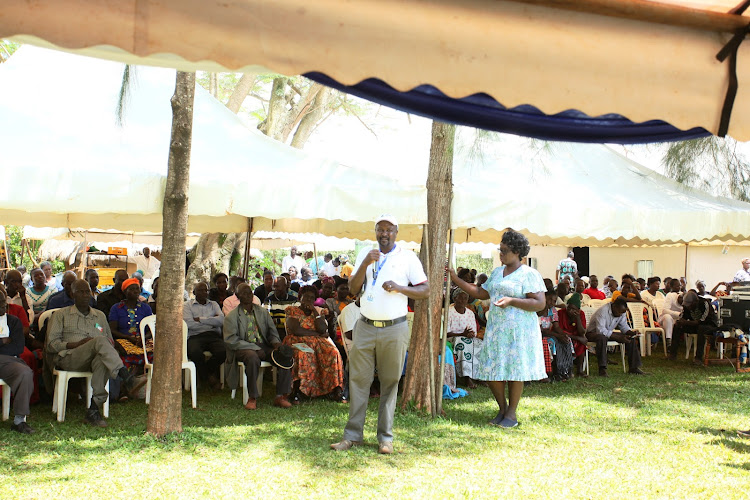 NO POLITICS: James Kataru addressing the attendants of a farmers field day held at Butula, Busia county on Thursday, May 5.
Image: HILTON OTENYO

In SAWBO I earn a living through blogging and manage a network of volunteers in East Africa.

The network has recruited 500 volunteers who work with farmers, NGOs, community based organisations and self-help groups in dissemination of information on best farming practices.

“We make follow-ups after training and record progress just to be sure that the farmers apply what they are taught correctly.

“I am at home at SAWBO because it has given me an opportunity to further my passion outside politics. I had a three-point agenda when I vied for MCA; health, agriculture and poverty eradication are all here,” he said.

Kataru practices poultry, dairy, assorted vegetables and fish farming. “My passion is farming and I am trying to bend my profession into it."

The blogger advises those going to colleges to pursue courses that are in line with their passions as one way of fighting unemployment.

“When you choose a course that goes with your gifts and  passions, you will get out and apply it.

But if you take a course that is not in line with your passion, you’ll have to struggle to get a job and if you get it you’ll struggle to keep it because your mind will always be where your passion is,” he said.

Kataru said bloggers should find the most constructive blogging and end animosities.

He said they should turn their blogging into a full-time occupation that will develop themselves and their communities.

“There are several organisations out there that are looking for social media ambassadors because it has become a big avenue to reach the masses,” Kataru said.

He said the lowest moment was when voters in East Wanga rejected him in 2013 because he did not have big campaign money.

The blogger said he chose to serve them outside politics and sees no, reason to seek elective mandate to serve his community.

“My highest moment is when I came across SAWBO. That is when I realised that there is someone somewhere who values what I am doing,” he said.

"This job is not for school dropouts, it is a tough one.”
News
1 month ago

Kenya has been ranked one of the top tourist destinations in the world.
Business
1 month ago

Youth have to be empowered, take leadership positions

Integrity is a key virtue as long as leadership is concerned. Most of the current leaders, however, lack this trait
Opinion
3 weeks ago

World Bank estimates that the pandemic widened gaps in gender, poverty
News
2 months ago
“WATCH: The latest videos from the Star”
by HILTON OTENYO Correspondent, Western Region
News
13 May 2022 - 22:00